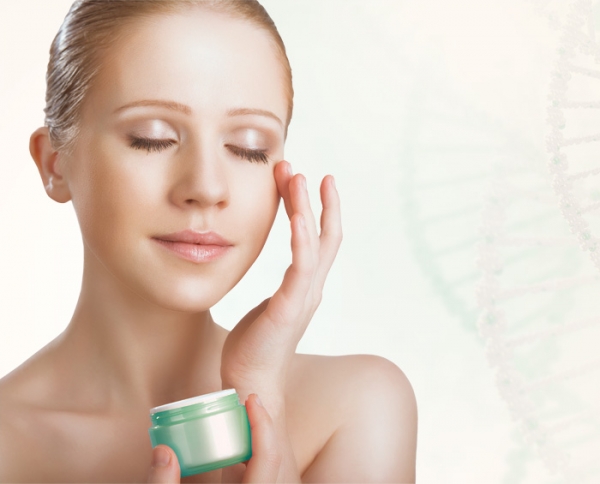 Human stem cell science is frequently in the news with stories about how these amazing cells hold promise to treat disease, slow aging and even extend life. There are also stories about how stem cells can be useful in skin rejuvenation, adding an aesthetic benefit to their promise of improving health. Unfortunately, unscrupulous operators have exploited the mystique of stem cells by creating skin products and services that have no proven benefit or real connection to stem cell science. Separating fact from fiction, reality from hype, and products with true merit from those lacking scientific credibility, requires a deeper dive into the world of stem cells.

Stem cells are so named because of their ability to differentiate into other types of cells, similar to how the stem of a plant gives rise to multiple branches. Ethical controversies in the field of stem cell science pertain only to stem cells of embryonic origin. (In order to obtain such cells, an embryo or potential life is sacrificed.) By contrast, adult stem cells are sampled from a fully formed human who is not harmed by the process. In fact, bone marrow transplants using adult stem cells have been going on for decades, saving many thousands of lives each year. For the most part, work with stem cells and skin has focused on adult stem cells.

Healing and Regeneration
One purpose of stem cells is to regenerate tissues in the body (hence the term regenerative medicine). Stem cells can differentiate into different cell types (for example, muscle, bone, nerve cells), providing a storehouse of building materials for repair and replacement of worn and damaged tissues. Some lower animals can actually regenerate new limbs or organs (for example, the salamander that grows a new tail or leg). Humans do not have this capacity and instead heal more by plugging gaps in tissue than by actual regeneration. This restores functionality for the most part, but typically involves scarring or fibrosis.
In contrast, a human in early development (a fetus before 20 weeks) is capable of regenerative healing that is totally non-fibrotic and virtually without scar. We know this from fetal surgery experience where babies are born with no evidence of prior surgery. How can this be? One explanation is that we have an overabundance of specialized healing purposed stem cells at that early stage of life, but that the population rapidly diminishes after birth and continues to decline over our lifespan. 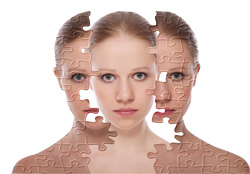 Regenerative Specialists: Mesenchymal Stem Cells
One stem cell type in particular seems to be a key player in the body’s response to injury. Mesenchymal stem cells (MSCs) are found in several tissues including bone marrow,
muscle, fat, and umbilical cord blood. While all are MSCs, their tissue of residence or niche has a profound effect on how they function. Those residing in the bone marrow have been proven to be of particular importance in the process of healing. It was recently shown that these cells act as the body’s “911 emergency responders” whenever tissue damage occurs. Injury anywhere in the body can trigger bone marrow MSCs to enter the circulation and then migrate to the place of injury. Once they arrive, some MSCs attach or engraft and differentiate into specific cell types of the tissue being repaired (for example, heart muscle in the case of a heart attack). In the early days of stem cell science, we thought that this was the primary role of these stem cells – to replace cells that were dead or dying. We were wrong. Their primary effect is to set up a command and control center to coordinate healing and tissue restoration, using other local cells including tissue-resident stem cells and immune system cells. This requires the ability for MSCs to communicate with other cells. This chatter between cells uses signaling chemicals called cytokines. Individual cytokines, and patterns of cytokines, alter the behavior of local cells – changing their expression of DNA, production of proteins, metabolism – all the things needed to lead to healing or regeneration. Cytokines also determine whether a tissue is balanced toward inflammatory healing (fibrosis and scars) or anti-inflammatory healing (fetal-like without scars).

Anti-aging as a Regenerative Process
One goal for skin care products is to reduce (or even reverse) the process of aging. So what does the science of wound healing and stem cells have to say about aging? It turns out that skin aging really is a series of poorly healed wounds. Reminiscent of the old saying “death by 1,000 paper cuts,” the skin endures damage from ultraviolet rays, chemicals and other environmental factors daily. Add to this a diminishing ability to respond with our own natural healing mechanism (MSCs and their cytokine signals) and you see visible progression of the effects of that constant wounding – aging skin. Regenerative skin therapeutics aims to restore the body’s natural capability to be restored to an earlier functional age and appearance. One way to accomplish this is to capture the essence of healing including key cytokines from mesenchymal stem cells and weave them into a formulation you can apply to skin. This has now been done by many laboratories, with uniformly positive results.

Anti-aging Products Derived from Stem Cells
The process of growing stem cells in the laboratory produces conditioned medium, the nutrient broth on which cells feed and where they secrete cytokines as they “talk” to one another, coordinating their growth as a cell colony. In products claiming a human stem cell origin, you may find “conditioned medium of …” listed as the active ingredient, often in first position on the label. But not all stem cell types produce the same pattern of cytokines. Stem cells from adipose tissue (fat, discarded from liposuction) have a cytokine pattern in conditioned medium that is considerably different than that of bone marrow derived MSCs.
For a number of reasons, bone marrow MSCs appear to be the better source material for cytokine production for topical applications. Whereas liposuction patients are typically well past 40, volunteer marrow donors average 22 years of age. Studies show that cellular function of stem cells declines with age, making younger cells preferable. The cytokine pattern of adipose MSCs grown in culture is predominantly pro-inflammatory in contrast to the predominantly anti-inflammatory profile of cells from bone marrow. Inflammation itself is pro-aging, now often referred to as inflammaging. Most importantly, the cell population proven to play the primary role in human healing, including skin, is bone marrow-derived MSCs. There are products employing parthenogenetic stem cells (unfertilized embryonic cells) and others that use human fibroblasts instead of stem cells. Some products use a combination of cell types. All have evidence of benefit, although good quality clinical trials in humans are hard to find. Based on published research on the science of healing, bone marrow derived MSCs used alone appear most appropriate. 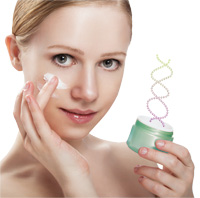 Plant Stem Cell Products
What about plant stem cell products? The key to stem cell action on skin is their cytokines, hundreds of highly specialized signaling proteins that enable cells to “talk” to one another, and alter cellular behavior. Plants have their own set of chemicals called kinins which are very dissimilar from cytokines. Plants and animals are speaking different chemical languages; human cytokines cannot be “heard” by plants and vice versa. Further, if you look closely at the process by which these plant stem cell products are created, you find they have little to do with stem cells. Instead of having billions of stem cells throughout their tissues, plants have meristems, tiny clusters of a few dozen cells within the tips of roots and shoots. According to plant biologists, isolating and growing these cells is difficult and expensive, which means these plant stem cell ingredients may only contain a few meristems. As with any product, be wary of marketing hype and consider the physiologic rationale of the substance.

The Future of Stem Cells in Skin Care
Science is just beginning to understand human stem cell biology and finding ways to exploit this knowledge to reverse visible signs of aging. New cytokines are still being discovered. In the future there may be products with mixtures of cytokines appropriate for different skin types, conditions, and ages. There may be new methods to augment cytokine activity and new technologies to allow targeting of specific cell populations. Watch for stem cell-derived cytokines employed to improve the outcomes of procedures (surgery, lasers, ultrasound, LED, dermabrasion, dermarolling, and others).

Dr. George Taylor is a former anesthesiologist whose interest in the treatment of chronic skin wounds and skin healing dates to the mid-1990s when growth factors first became commercially available. After a sports injury forced his retirement from clinical medicine in 2001, he served as medical director for a home health and hospice agency and as a venture capital liaison and executive for several pharmaceutical start-ups. His interest in stem cells and skin care evolved from studying impaired wound healing in diabetic patients in collaboration with a team of physicians and Ph.D. researchers. 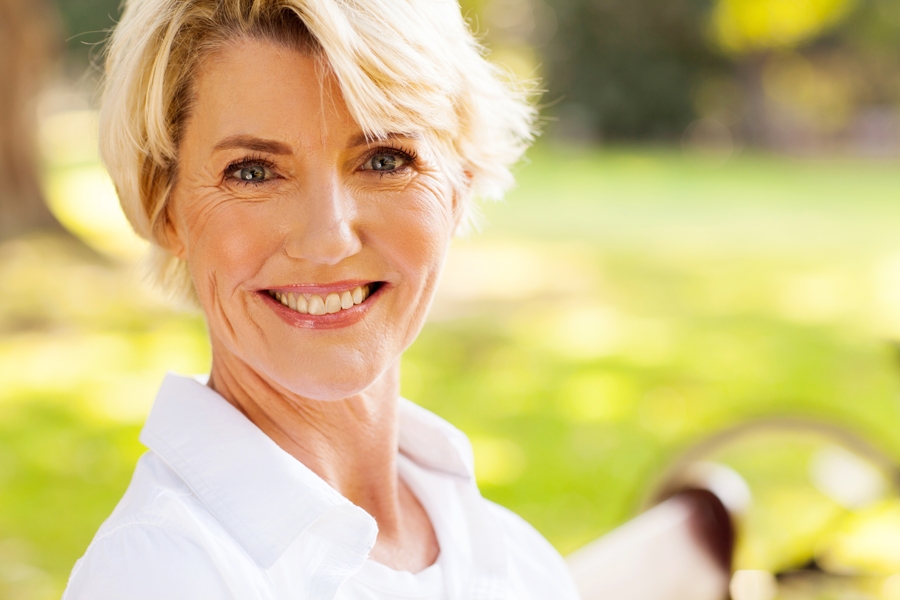 Self Care for the Mind, Body, and Soul

Mind, body, and soul – are these three separate entities or all parts of one being? Can we separate the…
in  Wellness 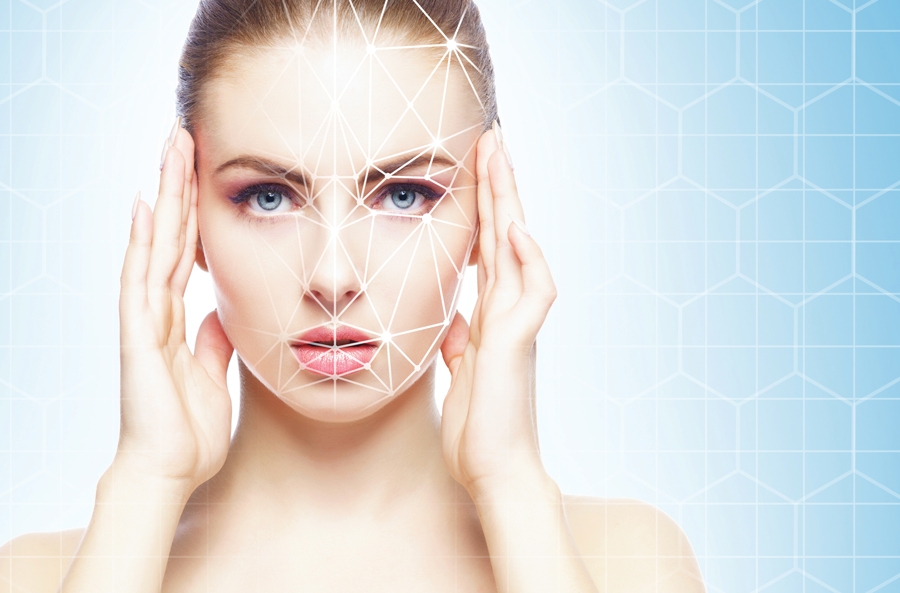 Biohacking the Body: A new approach to skin health

In the ever-changing beauty industry, there are endless ways individuals attempt to defy the aging process, whether through facials, chemical…
in  Wellness 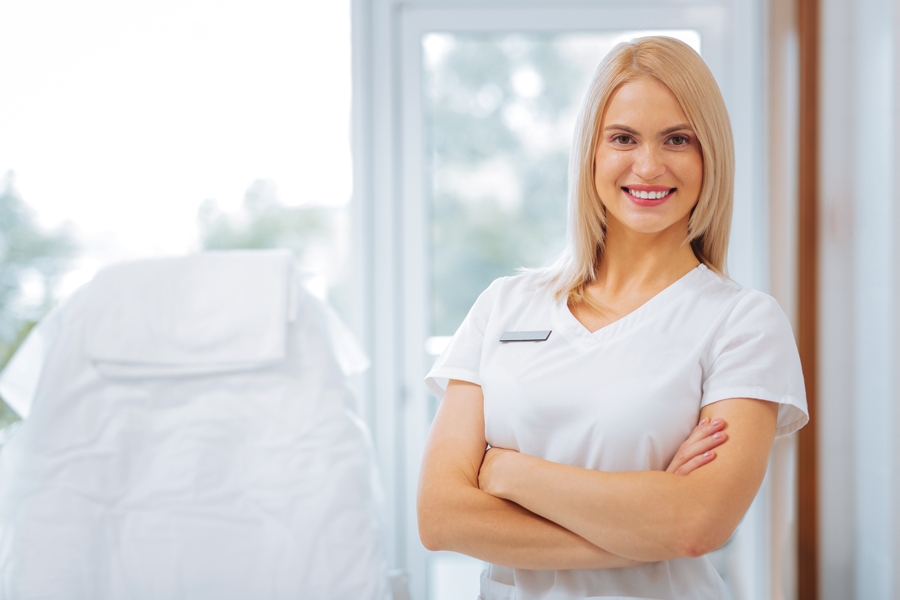 What’s Your Type? An overview of spa varieties and their function

As modern society embraces this new day and age, cultural encouragement to engage in wellness as a lifestyle is at…
in  Wellness 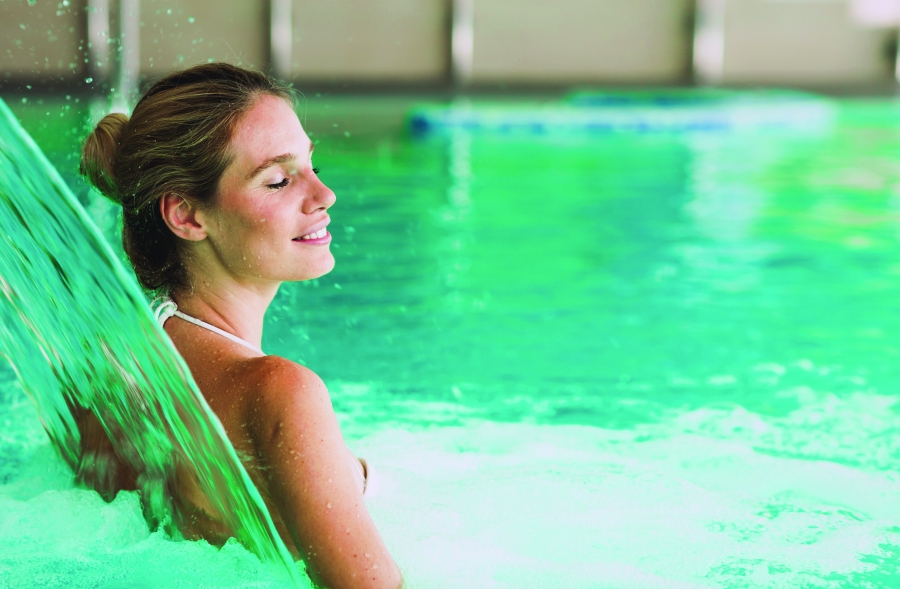 What comes to mind when hearing the word hydrotherapy? Many tend to visualize something specific. There are so many ways…
in  Wellness 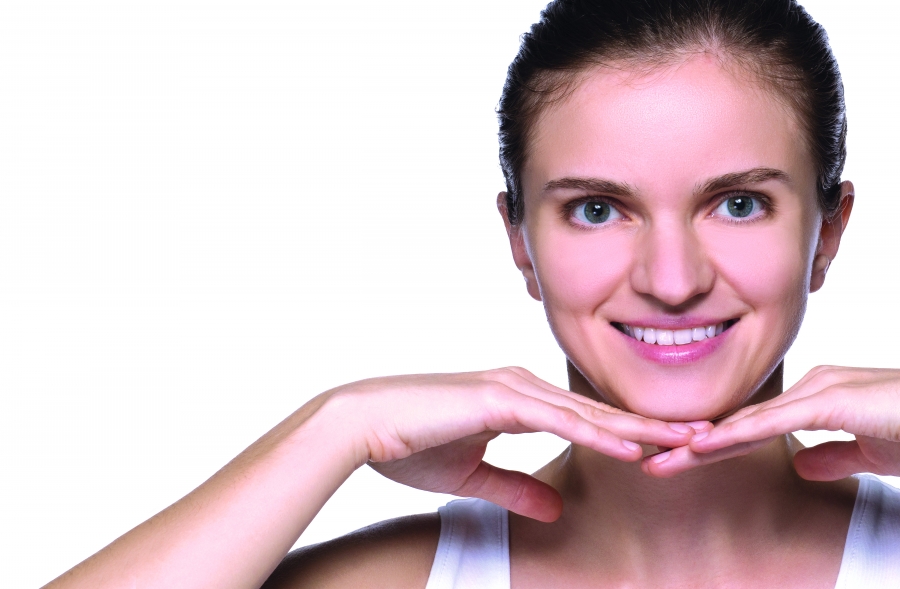 Facial Exercises: Are they more than tongue and cheek?

The topic of facial exercising has been well researched, along with the many ways individuals use their facial muscles throughout…
in  Wellness 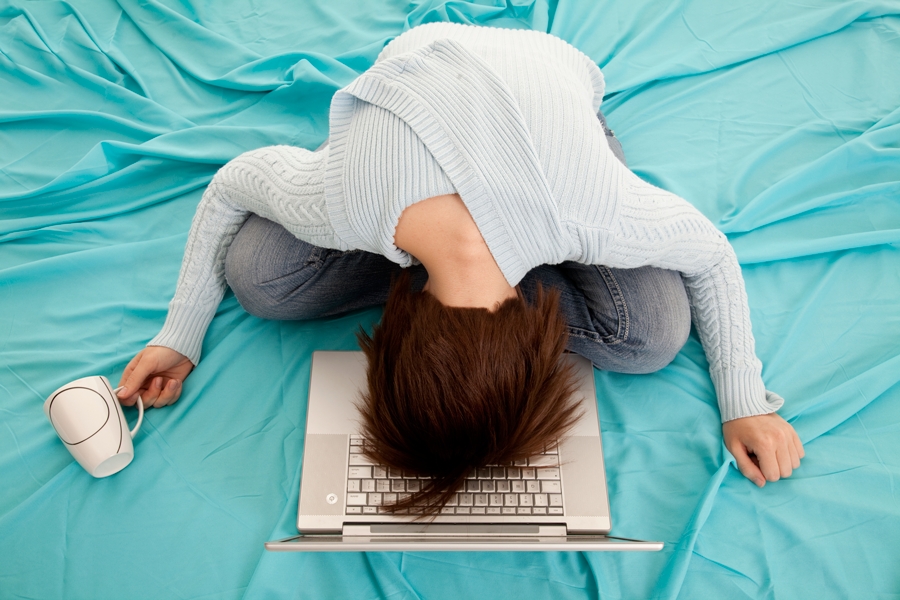 Self-Care and the Burnout Connection

Is there a connection between lack of self-care and potential burnout? Let me set the stage and see if you…
in  Wellness 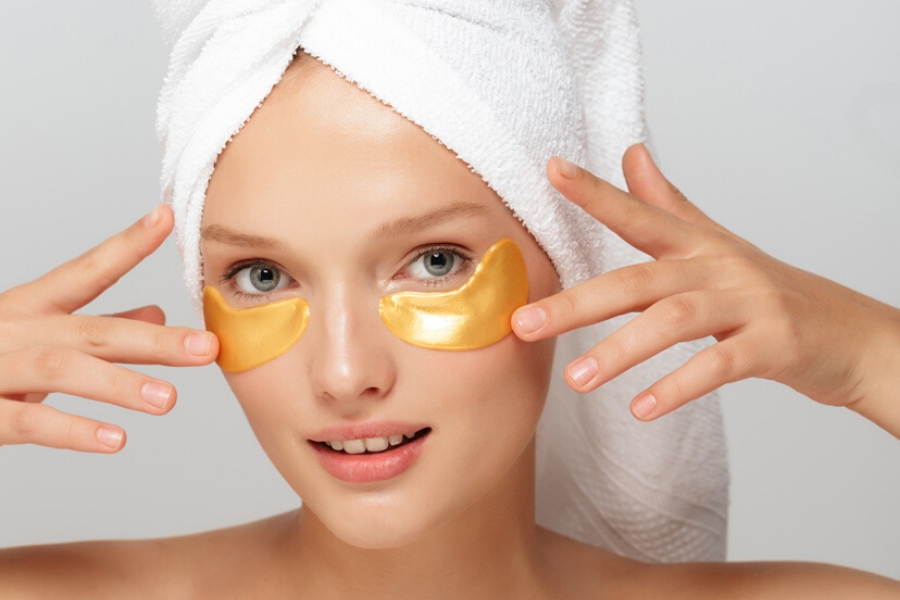 Self-care is a word that’s thrown around a lot these days. We can’t go far without seeing something about it…
in  Wellness 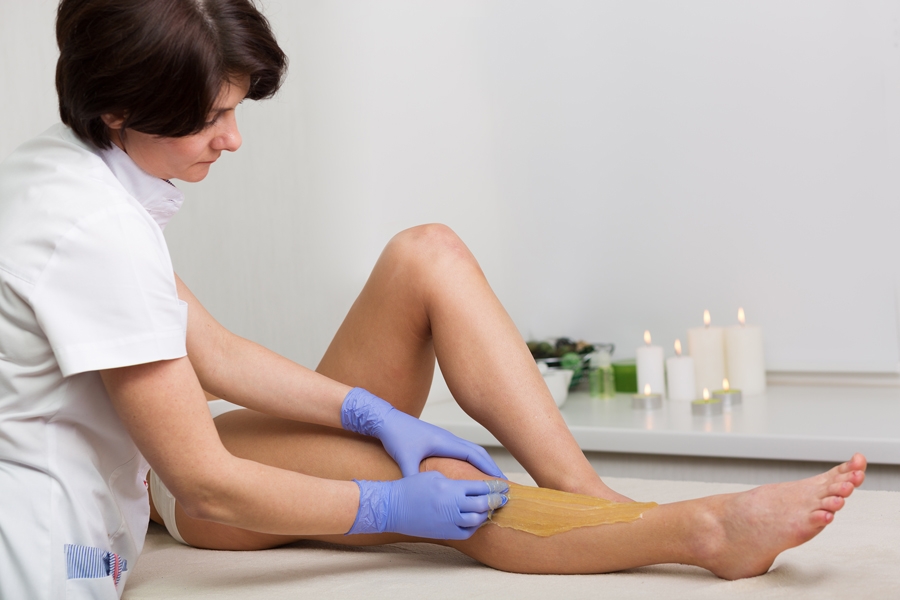 How to Deal with Provider Burnout

We’re now in an era where, more than ever before, we’re hearing phrases like “provider and staff burnout,” “I’m just…
in  Wellness
How to resolve AdBlock issue?
X