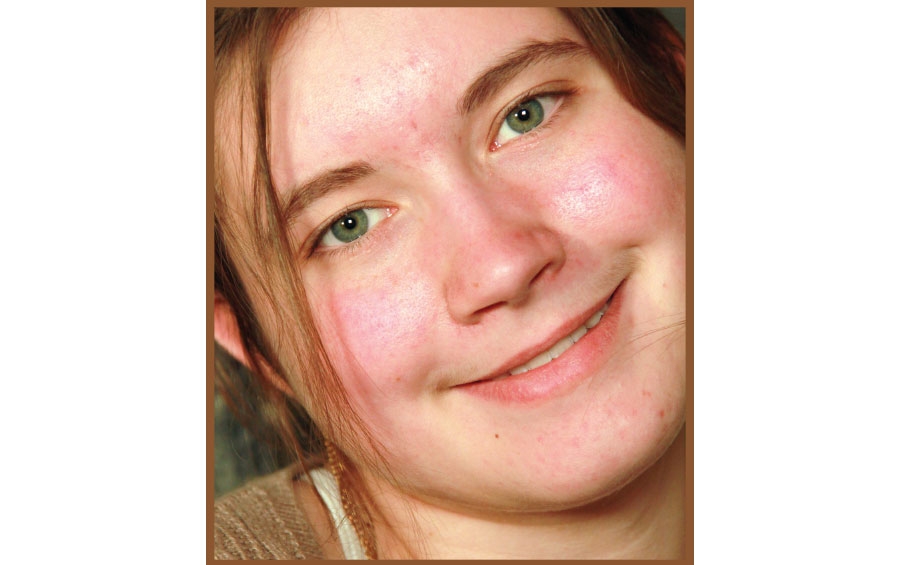 Rosacea has long been a frustrating condition for both skin care professionals and those who suffer from the condition. While its cause is not fully understood, it is widely accepted that inflammation plays a primary role.

This vascular disorder is annually diagnosed in over 14 million people and can only be controlled, not cured. Rosacea is a chronic sensitive skin condition that typically involves inflammation in the central third of the face, primarily the cheeks, nose, chin, and forehead. By understanding the common signs of this condition and the standards by which it is identified, the skin care professional can more accurately recognize and effectively treat this difficult skin concern.

WARNING SIGNS
Rosacea sufferers may experience sensitivity, excessive flushing, persistent redness, broken capillaries, or breakouts. The condition is seen more frequently in women aged 30 to 50; however, it typically affects men more destructively. Those with rosacea tend to get red more easily and remain red longer when participating in any activity or behavior that causes general flushing (exercise, steam, stress, and so on). Although some with rosacea do develop acne-like lesions, dry skin and barrier dysfunction are also common. If dryness and dehydration are present and not addressed, the symptoms of rosacea worsen. Interestingly, rosacea may be more common in certain hereditary backgrounds such as Irish, English, Scottish, Welsh, Russian, Polish, Czech, Native American, and Asian. Genetic predisposition could also be a factor.

SETTING THE STANDARD
In the past, due to the complex and elusive nature of rosacea, there were varying theories of its causes as well as different strategies for treatment. In 2002, the National Rosacea Society developed a set of standards in an effort to standardize the diagnosis and treatment. This set of guidelines helped practitioners outline the four distinct subtypes of rosacea. • Subtype one (erythematotelangiectatic rosacea) – flushing and persistent redness of the central third of the face, typically with visible telangiectasias • Subtype two (papulopustular rosacea) – persistent redness of the central third of the face accompanied by papules and pustules • Subtype three (phymatous rosacea) – thickening of the skin, irregular surface nodularities and enlargement; most commonly presented as rhinophyma (enlargement of the nose), but may affect other locations, such as the glabella and chin • Subtype four (ocular rosacea) – irritation of the eye area, including watery, bloodshot eyes, foreign body sensation, burning, stinging, dryness, itching, and frequent styes, that may result in blepharitis, conjunctivitis, or irregularity of the eyelid margins One individual may not necessarily progress from one stage to the next, although it is accepted that if the condition goes untreated, it will worsen.

POTENTIAL CAUSES OF ROSEACEA
Studies performed on rosacea patients demonstrate a variety of potential contributors to the rosacea pathway. While there have been no conclusive findings as to the cause of rosacea, the most common theories are:

FREE RADICALS AND ROSEACEA
The role of free radicals in rosacea, particularly reactive oxygen species (ROS), has been explored. Neutrophils are white blood cells that play a key role in the immune systems of humans. Neutrophils are known to create abundant reactive oxygen species, exacerbating the inflammatory process. Therefore, successful treatment strategies for combating this condition should also include ingredients that provide antioxidant activity, as well as anti-inflammatory action. One such ingredient is azelaic acid. This is available as a 15 percent prescription gel and also in lower percentages in cosmeceutical products.

ADDITIONAL ANTI-INFLAMMATORY SUPPORT
Ingredients with higher levels of omega-3 and omega-6 essential fatty acids act as potent anti-inflammatory agents. It has been demonstrated that linoleic acid and omega-3 essential fatty acids are insufficient in the skin of those with rosacea, similar to acne. This essential fatty acid is also linked to suppressing reactive oxygen species in the skin, so its insufficiency is twice as damaging to the rosacea patient. Using ingredients high in essential fatty acids is an important addition to a rosacea treatment strategy. Additional support ingredients assist in calming and soothing the skin. Anti-inflammatory and calming ingredients include: • Evening primrose oil as a source of omega-3 gamma linolenic acid, which provides both redness-reducing and anti-inflammatory benefits. • Bisabolol, an active component in chamomile provides anti-inflammatory benefits. • willow bark extract, a natural analgesic related to aspirin, also acts as a soothing and calming agent. • Borage seed oil, an excellent source of the omega-3 essential fatty acid, gamma linolenic acid, and linoleic acid. • Niacinamide, which is vitamin B3 and unique in that it actually stimulates the production of the skin’s natural lipids, while also providing anti-inflammatory and antioxidant benefits. Additionally, it improves epidermal barrier function, decreases erythema and blotchiness, and provides a calming effect in breakout-prone skin, acne, and rosacea. • Corticosteroids may be used to reduce inflammation and soothe the discomfort that often accompanies a rosacea outbreak.

REDUCING REDNESS
Several cosmetic ingredients have shown promise in the mitigation of redness, including: • Ascophyllum nodosum extract from brown algae which reduces VEGF and PG E2 expression when combined with asparagopsis armata extract. • Asparagopsis armata extract from red algae reduces VEGF and PG E2 expression when combined with ascophyllum nodosum extract. • Capparis spinosa fruit extract from caper bud extract inhibits the production of pro-inflammatory cytokines. There is a new and promising prescription available that utilizes brimonidine tartrate to reduce the persistent redness associated with rosacea. It functions by constricting the capillaries to temporarily decrease erythema. Although a temporary fix, this could prove to be an useful adjunct to other therapies to reduce the disturbing appearance of the condition, making it easier for the patient to cope with the stress of a symptom flare-up.1

PROFESSIONAL TREATMENTS
Providing those suffering with rosacea with monthly professional treatments can speed improvement and help stave off flares. One particularly effective ingredient is salicylic acid. This beta hydroxy acid is also an anti-inflammatory agent. It can clear pores, reduce erythema, and reduce surface impaction that leads to dehydration and poor absorption of topically applied treatment products. It is important to avoid using liquid peel solutions that have a high percentage of alcohol, as this will worsen the condition, in addition to being quite uncomfortable for the patient. Low percentage blended peels containing trichloroacetic acid and lactic acid are also good choices. Treatment should not be performed more than once a month to avoid overstimulation and potential increased inflammation. If a client is highly-reactive and red during one of their appointments, it can be beneficial to perform a hydrating treatment such as oat milk that also calms and soothes.

NECESSARY PROTECTION
Every client should use a broad spectrum sunscreen with a SPF 30 or greater every day, especially in skin that is already vascularly compromised. As mentioned, those with rosacea may also have impaired barrier function, allowing for a higher risk of ultraviolet-induced inflammation. This increased inflammatory response can further weaken damaged capillaries and lead to increased vasodilation and redness. Proper ultraviolet protection can help reduce this worsening.

Although it is a challenging condition to treat, rosacea can be well-managed through a combination of trigger avoidance, appropriate prescription, and cosmeceutical additions to a daily skin care regimen. This chronic condition cannot be cured, but with the help of an informed and skilled skin care professional, it can typically be minimized and managed. 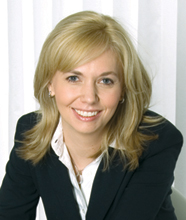 Jennifer Linder, M.D., serves as Chief Scientific Officer for PCA SKIN®, guiding all product development and clinical trials for the company. A board-certified dermatologist and a fellowship-trained skin cancer surgeon using the Mohs micrographic technique, Dr. Linder is one of the foremost U.S. experts in the use of the cosmetic filler, Sculptra. She holds a clinical faculty position in the Department of Dermatology at the University of California, San Francisco.

Published in Rosacea
Login to post comments
back to top
How to resolve AdBlock issue?
X