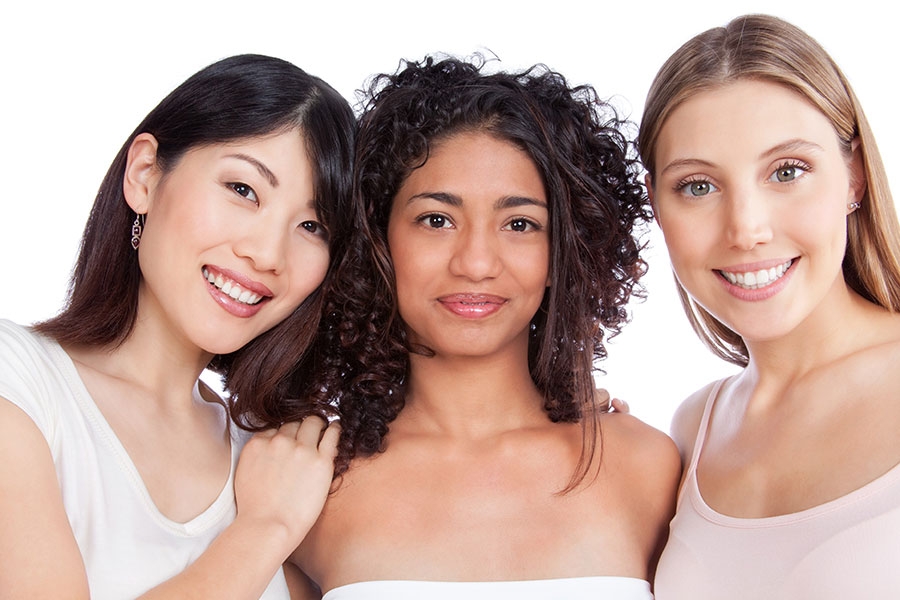 The United States is a melting pot and always will be. Anyone who has done a DNA testing sample is likely to find multiple ethnic strains. Multiple heritages make it much more difficult to classify someone into one of six Fitzpatrick skin type categories. It has been said you can’t judge a book by its cover. While that may be an overused adage, it certainly applies in the spa and medical spa business world.

Our staff regularly participates in a conference call with colleagues that handle laser and facial claims arising from our policies. As insurance underwriters, we have always been most concerned with work done on skin types V and VI. Lasers and some facial products require dark skin types to be handled differently and, thus, the professional needs to have experience with skin types V and VI. We were operating on the assumption that working on darker skin lead to higher liability, but what we have found working with our claims people shows an entirely different issue.

The biggest problem is centered on misdiagnosing the skin type to begin with. Most of our claims result from middle skin types that may be harder to distinguish. We find the worst problems arise when skin type V is treated like III or IV or skin type IV is treated like III. This issue often arises when a medical aesthetician is doing a peel or laser service on a person from southern Asia, the middle east, or those with multiple ethnicities. Their skin type often reacts as skin type V, but gets diagnosed by the professional as IV. When in doubt, a good rule of thumb is to treat as the higher skin type and then increase the settings if the client responds well. Even a spot test is not necessarily an indication of how the skin will react, as a cheek will respond differently than a forearm on the same person.

We had this situation arise on a client in New York, when she received a laser treatment on her face before she was to leave for an overseas trip. The procedure went horribly wrong because she reacted to the laser as if she had skin type V or even VI, yet, by all visual reports, she appeared much lighter than V. The claimant demanded $750,000 in payment. The claim ultimately settled for less than that, but only after months of negotiations and thousands of dollars in attorney expenses.

We have seen claims take place with skin type VI, when the professional was not experienced enough or did not have the right product or laser for dark skin. In one situation, a client with Fitzpatrick skin type VI received laser hair removal on her chin on three occasions. The last occasion resulted in third degree burns to her face, according to the claimant. The laser technician was inexperienced with this skin type and set the power level of the machine too high. An independent medical examiner noted that the claimant had sustained thermal injury, had a blistering second degree burn that healed with post-inflammatory hyperpigmentation (in the form of white polka dots), and permanent textural changes in that area. Worse – she still was unable to remove all of the hair she had wanted to get rid of in the first place. This settled for $350,000.

Aestheticians need to be careful when using strong acid peels. There are some peels that are not meant for darker skin types. A few years back, we had a claim from a skin type VI person who was given an acid peel and it ended up hypopigmenting her skin. A large lawsuit ensued, which did not go well for the aesthetician or the spa she was working in. She was an independent contractor, but the spa was the one who was sued, as it is always easiest to sue the name on the door. It is important that everyone offering services on the skin have a system for gauging the skin type of the individual they are working on. Simply looking at their skin color is usually not adequate. A newer system that many spas are adopting in conjunction with the Fitzpatrick scale is the Lancer Ethnicity Scale, which takes into account a person’s heritage in addition to their appearance.

To be successful, every professional should understand the skin types they are working on and use products and procedures that will lead to the desired results.

Susan Preston has been at the forefront of insurance program innovation since 1993 when she founded Professional Program Insurance Brokerage (PPIB) in Novato, California. Preston is also the co-founder of a non-profit association setting standards for the permanent makeup industry, Society of Permanent Cosmetic Professionals (SPCP). With industry involvement, Preston and PPIB have been leaders in insurance programs for emerging markets and for the spa industry. Due to the national reputation of PPIB, in 2016 and 2017, Insurance Business America Magazine named Preston one of the 144 Elite Women in Insurance. ppibcorp.com

Published in Insurance & Legal
Login to post comments
back to top
How to resolve AdBlock issue?
X