The Camera Doesn't Blink: How to Master On-Camera Interviews – Part 1 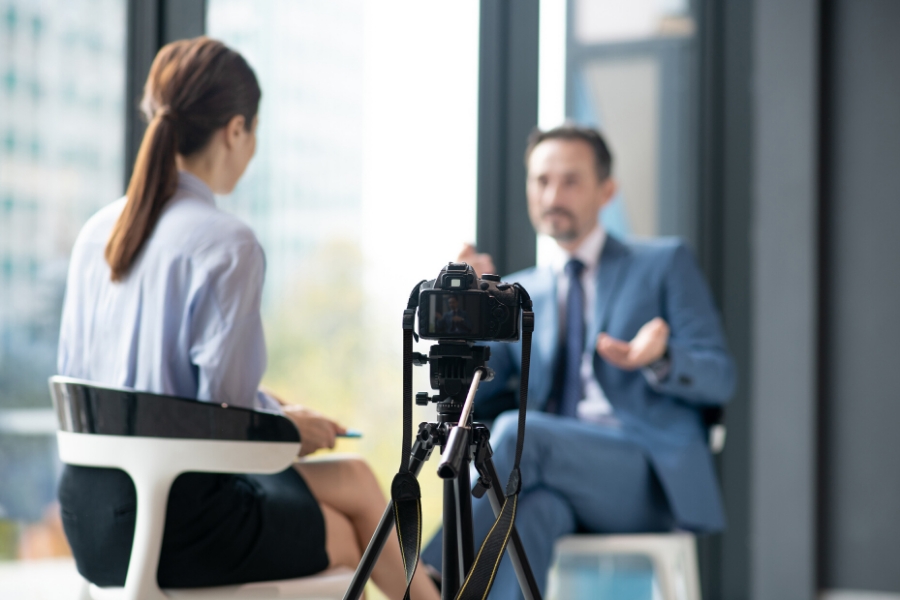 When you watch television news and talk shows, do you think to yourself, “I would love to be on television” or “I would be terrified on television” Most of my clients agree with the latter. However, after that first appearance, they nearly always say the segment went quickly, easily, and was fun. Going on-camera is worth the effort for the local and regional exposure, timeliness, and establishing credibility. There’s also the huge benefit that the exposure is usually free, unless you pay to be a guest, which is called pay-for-play.

The different formats for being on-camera include:

Regardless of the type of on-camera situation, the prep work and delivery are the same. Here are the questions I’m commonly asked, “Does the camera add pounds?” Yes. To avoid accentuating the weight put on by the camera, wear clothing that has shape. Women should avoid flowy tops and dresses that flare and don’t have a waistline. Men should avoid ill-fitting jackets and shirts. “What should I wear?” Look at what news hosts wear and mimic them. Bright colors – blue, red, green, purple, and pink are good on camera.

“What’s it like in a television studio?” In-studio interviews can be challenging because of the lights, cameras, and the sets. All the while, you need to stay focused and look at the host. There are actually very few people in the studio. You will talk with the hosts, there may be a meteorologist, an audio person, and camera operators (unless the cameras are automated).

“Do I look at the camera?” No, you look at the host or reporter. Approach an on-camera interview like you’re talking to one person and ignore the camera.

“How much time will I have?” Television interviews are brief, usually less than three minutes, therefore, know what you want to say and say it clearly. Be prepared to speak in chunks and practice doing so beforehand.

“What should I bring or send in advance?” Television is a visual medium. Skin care demonstrations, before and after images, and b-roll footage of your facility or products make segments interesting. Arrange these elements in advance with the producer so no one is caught off guard.

“What if the television crew wants to come to my business to shoot?” Find a quiet place away from customers and staff that has natural lighting and no fluorescent lights. Spas and skin care centers are pretty to begin with, making them easier to stage. Feel free to create a background, add candles, flowers, product, and other props.

Now that you know what to wear and where to look on-camera, the next thing to master is how to manage body language. I’ll cover that in my June column.

Respected for her communication skills and media relationships, Debra Locker has worked in public relations and journalism for nearly three decades. She is the president of Debra Locker Group (originally Locker Public Relations), which was founded in 2008. Debra Locker Group is an award-winning boutique agency that specializes in lifestyle, spa, wellness, and beauty. Clients are featured on “The TODAY Show,” “The Doctors,” in SHAPE, Marie Claire, and The New York Times – to name only a few. Prior to becoming an entrepreneur, Locker was the public relations director for the International SPA Association.

Published in Spa PR Made Easy