The Evolution of Peptides 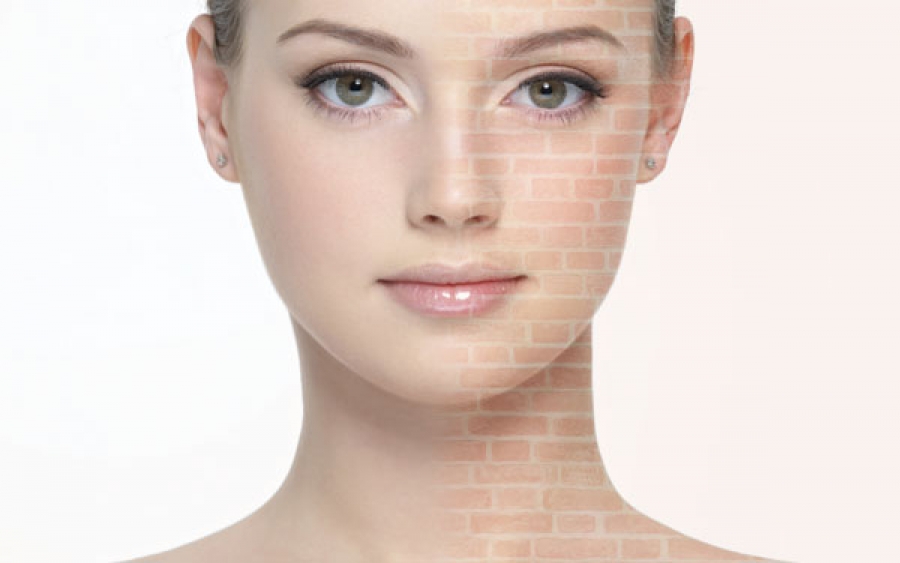 As our knowledge of the skin and aging advances, the technology that improves our skin evolves. In the 1970s, retinol first emerged into skin care and has since grown into several classes of its own for its anti-aging and acne fighting properties. Also in the 1970's scientists scoffed at the idea of free radicals and their detrimental effect on skin aging, but now a number of antioxidants are proven in protecting our skin from the dangers of free radicals. Just recently, botanical stem cells made their introduction with the Swiss apple and quickly followed with a handful of other rejuvenating botanical stem cells.

Just as each of these technologies continues to develop, so does the peptide category. Scientists were already somewhat familiar with peptides in the 1950s, but it was not until the late 1980s that the first copper peptide was incorporated into skin care. Even then, it was slow going until the beginning of the year 2000 when Palmitoyl Pentapeptide established a reputation as a non-irritating, comparable alternative to retinol for anti-aging. These peptides paved the way for other peptides to launch into a class of their own with functions above and beyond their first generation counterparts for collagen support.

Peptides and Proteins in the Skin
Skin aging involves a series of complex factors, which include:

All these factors contribute to a loss of skin suppleness, firmness, smoothness, even tone and elasticity. The evolution of peptides may be the answer to addressing the aforementioned skin concerns, thus delaying signs of aging.
Peptides are active chains of amino acids that make up proteins. Proteins are essential to every organism and partake in nearly every process within cells. They help regulate bodily functions, reduce inflammation and enhance antioxidant benefits. Once we understand the extensive role proteins play within the body, we can begin to grasp the value of peptides. With the evolution of technology, topically applied peptides are becoming even more effective at addressing skin issues. By applying certain topical peptides to your skin, you are in essence nourishing the skin with a protein diet that strengthens, nourishes and realigns the building blocks of the skin, allowing for a stronger, healthier foundation.

The Skin
Proteins in the skin come in many different forms and serve many different purposes. The skin's surface is similar to a brick and mortar structure where the corneocytes (bricks) are attached to each other by desmosomes and held firmly in place by lipids (mortar). Many peptides are modified with a fatty acid component that allows them to be readily absorbed into the skin.

Dermal Epidermal Junction (DEJ): The DEJ holds the skin together, improving its compactness, firmness and elasticity. It maintains skin cohesion and anchors the epidermis to the dermis. Imagine the skin as being a series of chain links. If just one of the links break, elasticity would decline and skin would begin to sag.

Extracellular Matrix (ECM): ECM is a complex network of proteins and proteoglycans that can interact simultaneously with multiple cell surface receptors. These proteins include a wide variety of collagens, laminins, fibronectins and elastins that are essential for cell growth and wound healing.

Collagen: Collagen can be described as being similar to the springs in your mattress. It gives great support to your skin but when it declines or its production slows, wrinkles are the consequence. It is the most abundant form of protein in the ECM. At around the age of 35, types I and III's decline becomes more noticeable with the formation of fine lines and wrinkles, but other types of declining collagen contribute to wrinkle formation as well. To date 29 types of collagen have been identified and continue to be discovered. Not all collagen contributes to youthful looking skin. Collagen also plays a part in our ligaments and connective tissues. For those types within our skin, collages is divided into five families according to structure type. This includes Fibrillar (Type I, II, III, V, XI), Facit (Type IX, XII, XIV), Short Chain (Type VIII, X), Basement member (Type IV), and Other (Type VI, VII, XIII).

Other Building Blocks in the Skin Matrix: Collagen decline is becoming better known in the topic of anti-aging skin care, but other proteins play an integral part in reducing the look of fine lines and wrinkles.

How Peptides Work
In their simplest form, peptides behave as dispatcher signaling cells that carry out specific functions from support to inhibiting enzymes. One of the first widely used peptides, Palmitoyl Pentapeptide, is a collagen fragment that was shown to increase Collagen I, IV and glycosaminoglycans. This collagen fragment tricked the skin into thinking it is broken down too much collagen during the natural breakdown and buildup process and thus triggers an increase in collagen synthesis. Although this peptide demonstrated effectiveness in stimulating collagen production, it only addresses one aspect in repairing the building blocks of the skin. Since this peptide's introduction, the peptide category has evolved to provide a fully comprehensive approach to skin care. Peptides are now taking on a more multifunctional approach and can improve the look and feel of skin in the following six ways:

In the beginning, the topical peptide category's main function was to help stimulate collagen and relax the appearance of expression lines. However, with recent innovations their performance has expanded. First generation peptides' main role was to support one or two types of collagen, but as discussed many types of collagen exist and the structure of the DEJ depends on the right quality and quantity of each type of collagen. Peptides have evolved and are now categorized as second and third generation peptides. These peptides are even replacing many controversial active ingredients as effective and healthy alternatives.

Peptides that RELAX:
Frequent facial movements involve contractions. Since the skin is anchored to the muscles beneath, this can lead to wrinkle formation. Muscle contraction is a complex mechanism formed by a number of different pathways within the Neuromuscular Junction (NMJ), classified into two stages, pre-synapsis and post-synapsis. To form a muscle contraction, acetylcholine (ACh) is needed, but by blocking either the release of ACh into the NMJ or the uptake of ACh through various channels, we can smooth the look of fine lines and wrinkles from the start. This is where the phrase "Botox-Like" peptide became introduced years ago with the creation of Argireline, which blocked the release of ACh from the start. Now other wrinkle relaxing peptides are contributing to greater effectiveness in reducing the appearance
of wrinkles.

Peptides that nourish with colostrum-like peptides:
o Whey Protein – contains a network of natural signaling-peptides of active milk such as lactoglobulin, lactalbumin, lactoferrin, lactose and other carriers shown to activate cell metabolism and stimulate proteins such as Collagen I. This peptide was shown to stimulate cell migration and TGF-ß for enhanced wound healing.

Peptides that STIMULATE:
o Palmitoyl Oligopeptide and Palmitoyl Tetrapeptide-3 – is a cell communicating peptide combination capable of regulating cell activities involved in ECM renewal of Collagen I, fibronectin and hyaluronic acid.
o Palmitoyl Tripeptide-5 – is a multifunctional protein that activates Collagen I production via TGF-ß. Studies have shown it to be more effective than palmitoyl pentapeptide.
Peptides that improve the Dermal Epidermal Junction (DEJ):
o Palmitoyl Dipeptide-5 Diaminobutyloyl Hydro-xythreonline and Palmitoyl Dipeptide-6 Diaminohydroxybutyrate – stimulate the most relevant protein structures in the DEJ (Laminin V, Collagen IV, VII, XVII and Integrin). This gives the skin improved communication and nourishment, which leads to fewer wrinkles and improved firmness. It realigns skin tissues for improved firmness.
Peptides that improve under eye area concerns:
o Palmitoyl Oligopeptide and Palmitoyl Tetrapeptide-3 – is a dual peptide that reinforces firmness and tone while eliminating blood originating pigments through the elimination of bilirubin.
o Hydrolyzed Rice Protein, Oxido Reductases and Soy Protein – is a triple peptide combination of vegetable and yeast proteins that improve oxygen supply to the tissues and fibroblast proliferation. Tests show a reduction in blood clotting, protein degradation and presence of free radicals. Skin texture was improved by 42 percent, under eye puffiness was reduced by 31 percent and dark circles were reduced by 35 percent after eight weeks.
Peptides have been shown to improve lip fullness:
o Tripeptide-29 – is a three chain amino acid shown to increase fibroblast activity for collagen I synthesis by 400 percent. This increase in support within the skin minimizes the look of fine lines and wrinkles.
Peptides that improve the appearance of
stretch marks:
o Palmitoyl Oligopeptide and Palmitoyl Tetrapeptide-7 – is a dual peptide combination that prevents and reduces stretch marks by slowing down the degradation and by promoting regeneration of the ECM. Studies show a increased synthesis of collagen I and fibronectin. After two months, stretch marks were lighter in appearance and smoother.

Peptides that HYDRATE:
Peptides that improve hydration:
o Water is essential for the normal functioning of the skin, especially its barrier properties. There is a continuous exchange of water between the surface layers, the underlying epidermis and the atmosphere. Aquaporins (AQP) are integral membrane proteins involved in water transport through different tissue layers.
o Acetyl Hexapeptide-37 – is a skin hydration peptide that improves water flux from the basal layer of the epidermis to the surface layers through enhancement in aquaporin 3 (AQP3). AQP3 is the most abundant in the epidermis, facilitating transepidermal permeability, increasing water content in the surface and strengthening barrier function. With acetyl hexapeptide-37, skin hydration was enhanced by 131 percent and collagen I synthesis was enhanced by 61 percent.

Peptides in the future
Many ingredients have come and gone in anti-aging skin care, but peptides are more than a passing trend. Since their applications continue to evolve, their use becomes more relevant. We will continue to see many new peptide products in the future. The best use of peptides continues to be a marriage of the right anti-aging advancements formulated into high performance products that produce the best results without the irritation and side effects of other available alternatives.

April Zangl is the CEO of HydroPeptide®, a fitness wellness management professional and mother of two. She takes pride in making information on the latest beauty industry advancements more accessible to women of all ages and interests.