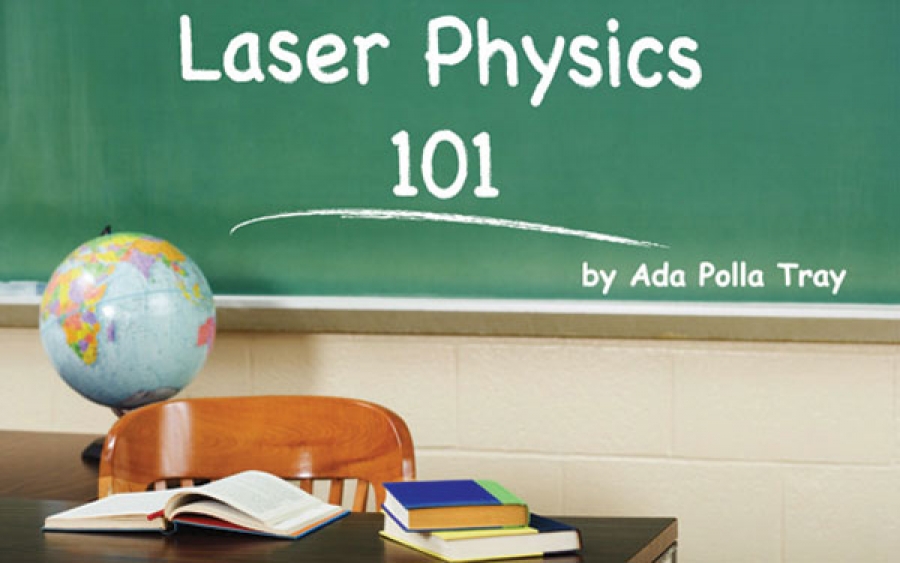 While in most states laser and other light-based treatments remain the prerogative of physicians, the growth of medical spas, and the greater consumer awareness about these devices mean that aestheticians, whether working with a physician or at a day spa, will encounter questions about these treatment options. Much has been published in various professional skin care publications about lasers and light-based devices. The following article looks at lasers and light-based devices from a more technical, technological angle. What exactly is a laser? How do lasers work? How do lasers destroy a specific target without injuring the surrounding tissue? These are the types of questions answered in this review.

LASER
The word LASER is an acronym for "Light Amplification by Stimulated Emission of Radiation."
The history of medical lasers begins in 1960, when the first laser – a ruby laser – was developed by Dr. Maiman1 (the Nd:YAG laser was simultaneously developed in 1960 by Dr. Johnson, followed by the CO2 laser that was developed by Dr. Patel in 1964). Since then, new lasers have been developed, and existing lasers have been continually improved upon.

Going back to basics: Electrons and photons
Atoms are composed of a nucleus (neutrons and protons) and of electrons floating around the nucleus. These electrons are usually in a "resting" stage. When an electron absorbs a photon, it is raised to an "excited" state. Once "excited", an electron can either emit a photon of similar energy to that of the one absorbed, and return to its resting stage (spontaneous emission of radiation), or it can absorb another photon. If this happens, that electron then needs to emit two identical photons to return to its resting stage (stimulated emission of radiation). A laser beam is generated by this reaction, repeated innumerable times.

Laser light
Laser light has three properties that make it unique:
1. It is monochromatic.
The wavelength of the laser beam, contained within a very narrow spectral band, approaches unity, which for all intents and purposes means that laser light is of a single color. That wavelength is determined by the lasing medium (see diagram at right).
2. It is coherent.
The light waves are spatially and temporally in phase
(absolute synchronization).
3. It is collimated.
The light waves are parallel and not divergent (a result of the property of coherence). This accounts for the energy of a laser beam, and for the fact that a laser beam can be propagated across long distances without losing its power.