The Effects of Hormones on the Skin 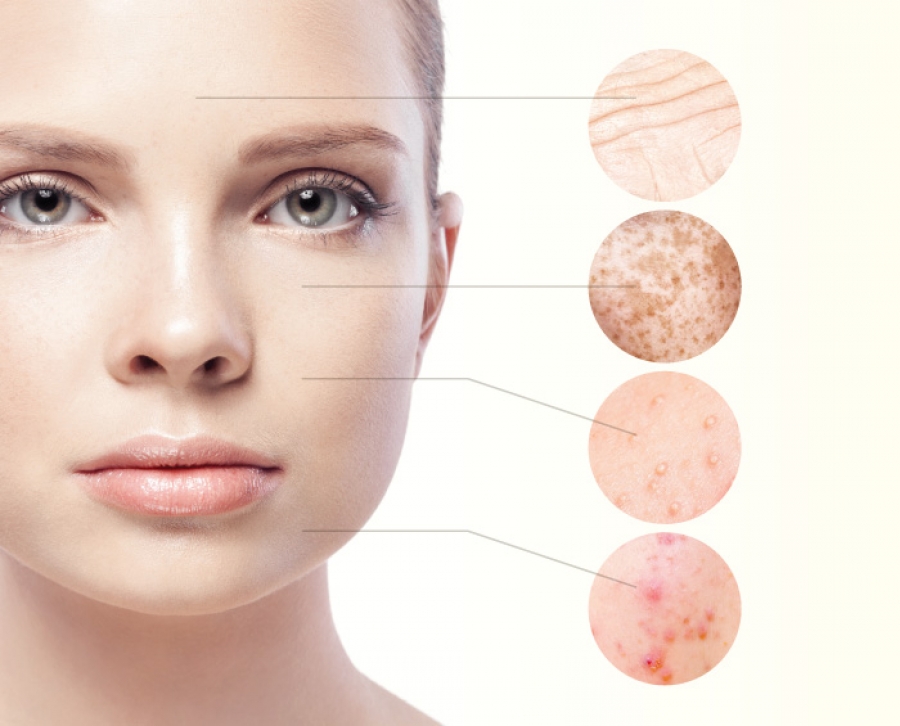 Having an understanding of how hormones affect the skin can help licensed practitioners assess the causes of some skin conditions and should be included in dialog during the initial consultation. Discussing the effects of hormones during the consultation will help give the client a clearer picture to some causes of their skin concerns.

WHAT ARE HORMONES?
Hormones are chemicals secreted by cells or glands, which act as messengers that are sent out from one part of the body to signal cells in other parts of the body. Hormones control and regulate the body's internal environment by regulating metabolism, controlling the reproductive cycle, inducing hunger and cravings, stimulating or inhibiting growth, and preparing the body for changes such as puberty, childbirth, or menopause. They are often released directly into the bloodstream, but may also be secreted into ducts.

THE EFFECTS OF INFLAMMATION
Inflammation is a process by which the body’s white blood cells and chemicals protect us from infection such as bacteria and viruses. However, inflammation is also the single greatest precipitator of aging and age-related diseases and does damage by stimulating free radicals, which accelerates aging by attaching to and damaging cells. With acne, the stimulation of the oil glands, brought on by pro-inflammatory responses, can result in clogged pores and an increase in pro-inflammatory fatty acids. Studies have shown that there is a connection between sugar and inflammation in the body.

THE EFFECTS OF STRESS ON HORMONES AND INFLAMMATORY RESPONSES
Other factors to consider are the effects that stress has on hormones. Systemically, stress stimulates hormones which can affect acne breakouts. Elevated hormone levels prior to menstruation, or excessive androgen (male sex hormone) production produced by the adrenal glands, can make acneic conditions worse in both men and women. Women are more affected than men by pro-inflammatory responses related to cortisol and insulin and the effects of androgens in the body. A woman’s androgens are synthesized in the adrenal glands; therefore, they are more susceptible to adrenal hormone stimulation and more prone to inflammatory responses in the body. Hyperandrogenism may be caused by disorders such as polycystic ovarian disease, which can indicate insulin resistance with acne patients.

TREATMENT FOR EXCESSIVE ANDROGEN LEVELS, HORMONAL IMBALANCE
Prescription drugs such as low-dose estrogen birth control pills can help reduce androgens produced by the ovaries, whereas, low-dose corticosteroids can be used to suppress androgen produced by the adrenal glands. Anti-androgen drugs can be used to reduce excessive oil and sebum production, but do have associated side effects. Vitamins such as B6 help maintain blood glucose levels within a normal range and may help reduce inflammation in the body. A vitamin such as B5 reduces inflammation and stress responses and also balances hormones needed for proper function of the adrenal glands.

THE EFFECTS OF HORMONES ON SKIN DISEASES AND DISORDERS
Acne
As the body begins to develop and goes through puberty, conditions such as acne begin to surface. Hormone levels directly affect the rate at which sebocyte enzymes synthesize lipids. As sebocytes differentiate and mature, they accumulate, increasing the amounts of lipids. With time, mature sebocytes migrate toward the central excretory duct of the sebaceous gland and eventually break apart, releasing their lipidic contents. These lipids and disintegrated sebocytes are then released through the excretory duct onto the skin. The activity and size of the sebaceous glands can vary according to circulating hormone levels and age. With acne, the effects of stress and inflammatory responses should be considered.

The results of hormone miscommunication are:

With age, there is a deterioration of immune response in the body. Among others, this deterioration is a result of continuous exposure to viruses, bacteria, pollution, and food. In middle age, this exposure is accelerated by increased levels of hormones such as cortisol and decreased levels of DHEA. A decrease in immune responsiveness is also linked to an overproduction of inflammatory cytokines, which makes inflammation the largest contributor to aging and disease. This is why an anti-inflammatory diet should be considered.

Estrogen Deficiency, A Contributor to Skin Aging
Research has suggested that estrogen deficiencies following menopause may contribute to aging in skin. Although the exact mechanisms are not known, the reduction in estrogen is believed to increase skin thickness, dryness, and loss of elasticity.
Estrogen receptors have been detected in the skin, which makes topical estrogens effective in treating aging skin. Topical estrogens have been shown to have antioxidant properties and have anti-aging benefits. Phytoestrogens, found in plants, have shown to mimic estrogen and have antioxidant affects.

MELASMA
Melasma, also known as chloasma, is a tan or dark facial skin discoloration. It is one of the most challenging skin conditions to treat and can reappear. Melasma appears as dark irregular patches which are commonly found on the upper cheek, nose, lips, upper lip, and forearm. These patches usually develop gradually over time and do not cause concern for any other symptoms beyond cosmetic discoloration. With melasma, there are numerous factors to consider, as well as underlying conditions that trigger hormonal responses.

Melasma and Ethnicity
Melasma is most prevalent in men and women of darker skin colors, or those of Fitzpatrick skin phototypes III to VI. With melasma, ethnicity should also be considered. The occurrence of melasma is commonly found with people of Native American, German, Russian, or Jewish decent. When treating melasma, both skin color and genetic predisposition should be considered. With lighter skin types, predisposed factors such as ethnicity should be an important consideration as well, which can contribute to an increase of melanocyte activity and melasma. With an increase of melanocyte activity, individuals with darker skin types such as African, Hispanic, Indian, Middle Eastern, Mediterranean and Asian are at a greater risk to melasma and hyperpigmented disorders. Individuals who are most susceptible to melasma are women who have a light brown skin type and have had been exposed to intense sun.

Hormones, Medications and Melasma
Melasma is a condition that is commonly found in pregnant women, women taking oral contraceptives, or women on hormone replacement therapy (HRT). In pregnant women, melasma tends to fade post-partum, but can return with subsequent pregnancies. The discoloration will usually disappear over a period of several months after giving birth. On the other hand, melasma caused by oral contraceptive use typically does not fade after discontinuing use of the drug.

ENDOCRINE DISORDERS: INCREASED RISK FACTORS
There are certain medical conditions that can bring the onset of melasma and can increase in patients with thyroid disease. With endocrine disorders such as Addison’s disease, a minor injury can stimulate the onset of melasma.

Melanocyte Stimulating Hormone and Stress
It is thought that the overproduction of the melanocyte stimulating hormone (MSH), brought on by stress, can cause outbreaks of melasma. Other rare causes of melasma include allergic reaction to medications and cosmetics. Predisposed factors such as ethnicity should be considered with medications and cosmetics, as well as stress levels which can cause an imbalance in the endocrine system.

Inflammatory Responses Stimulates Melanocyte Activating Hormones
Hormone-like substances commonly called inflammatory mediators activate a wide variety of responses in the skin, including an increased release of histamine and activation of melanocytes. During an inflammatory response or ultraviolet (UV) exposure, the skin may produce as many as eight to 10 different types of melanocyte activating hormones, which bind to specific receptors on the surface of melanocytes, triggering the activation of the cell from its resting state to a melanin-producing, active state.

The Effects of Ultraviolet Radiation: Exasperating Melasma
Ultraviolet radiation contributes to the development and the exasperation of melasma. Ultraviolet radiation can cause both an increase in melanin production and transfer, as well as an increase in the number of melanocytes. Individuals with lighter skin types (Fitzpatrick Phototype I to II) and living in an area of high sun exposure are at a high risk of developing melasma, as well as predisposed ethnicities. Years of ultraviolet exposure induces a constant production of inflammatory hormones, ultimately resulting in a permanent activation
of melanocytes.

THE CONSULTATION
When treating skin conditions and disorders, the initial consultation, as well as follow-up visits, should include a thorough health history. Predisposed factors such as Fitzpatrick skin phototype and ethnicity should be addressed, as well as considerations such as hormones, lifestyle, diet, and sun exposure. With a thorough understanding of the causes and contributing factors of skin diseases, the licensed practitioner will be able to provide an individual treatment protocol for optimal clinical outcomes. 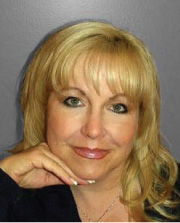 Linda Gulla offers advanced training to the professional as an adjunct instructor in C.M.E. and C.E., and shares her knowledge in medical aesthetics as guest speaker at the International Dermal Institute. She has authored and published resource manuals in medical aesthetics recognized and endorsed by physicians worldwide, and shares her expertise as an editorial contributor with Milady. Gulla provides licensed professionals with the convenience of self-study, offering the first online certification in medical aesthetics, which includes content that has been accredited with the A.C.C.M.E.  Her course content reviews cosmetic dermatology and anti-aging medicine, including global contributions and recognition by pharmaceutical and laser companies as well as scientists who are recognized for advanced studies. This email address is being protected from spambots. You need JavaScript enabled to view it.

Published in Aging
Login to post comments
back to top
How to resolve AdBlock issue?
X