The Myths and Realities of Acne 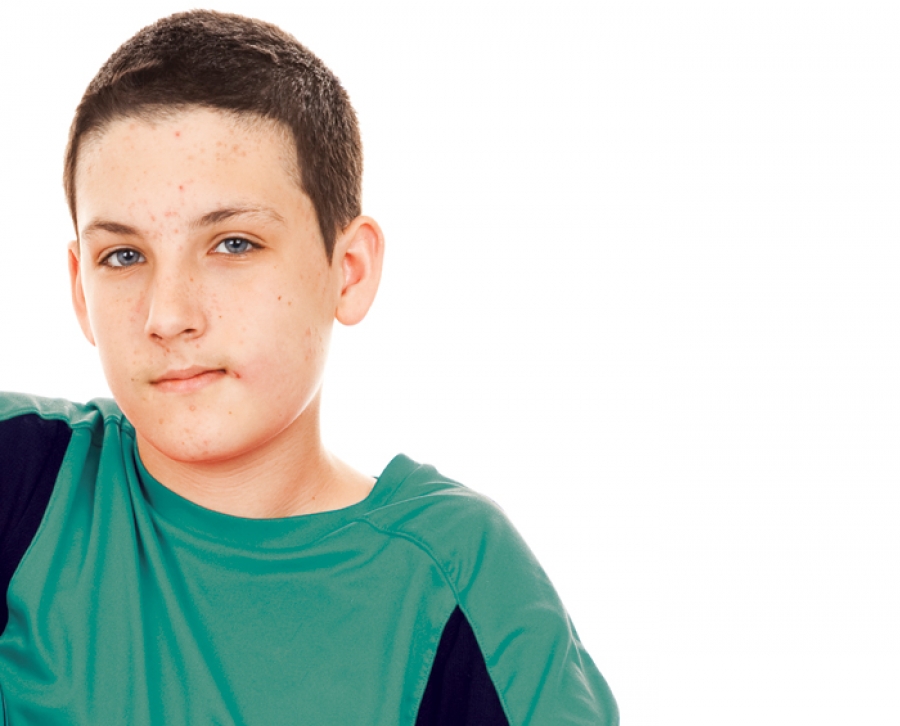 During a recent three country lecture tour, I happened to attend a conference where a video was being presented showing a local skin guru performing an acne treatment on a teenaged boy whose face, back and chest were infested with papules and pustules. The therapist was very professional, appearing with her standard softening of the cuticle cuirass with various cleansers, steam and masks. She did lancing work and extractions very skillfully alternated with animated illustrations of the shunts in the skin where most of the P. acnes bacteria was inflamed. A few moments later, the actual therapist from the film sat down in the row in front of me – I recognized her as an attendee from my classes in Russia several years ago.

What About Supplements?
There are all kinds of vitamins, herbs and supplements on the market that claim to be cures for acne. Indeed, some combinations are very effective as well as some detoxification systems and body cleansers. However, there are three common supplements that are vital for all acne clients, not only for acne, but for aging skin as well. First and foremost, there are vitamins A and E. Studies have shown that newly diagnosed acne clients have lower levels of these vitamins circulating in their blood streams than those who are acne-free. Vitamin E, a fat-soluble vitamin, actually protects vitamin A and essential fatty acids from oxidation in the body cells while also preventing the breakdown of skin tissue. Carotenoids (vitamin and carotenes) are also beneficial when a variety of them are consumed together. The most important supplement for a client suffering from acne is sea buckthorn oil, loaded with beta-sitosterol which inhibits the enzyme 5-alpha-reductase, thereby blocking the transformation of testosterone into DHT. The ingestion of sea buckthorn oil capsules twice a day can lower testosterone overproduction which is common to acne prone male and females. Sea buckthorn oil is also known for its anti-inflammatory powers. Farmed in many places around the world, this oil is at its most powerful in its purest form.

Topical Treatments and Home Use Recommendations
Cleansing the skin is the most important step toward treating acneic conditions. Soap is not recommended because the alkaline salts used to solidify the oils and surfactants in a bar of soap also solidify the sebum oil in the skin, leading to congestion. Liquid soaps with strong ingredients that strip oil from the skin increase excessive sebum flow by law of compensation. The sebaceous oil gland pumps even more oil to replace sebum that has been stripped away. Benzyl peroxide cleansers may be recommended for short-term use but tend to dry out the skin after a while, encouraging more sebum flow. A good acne cleanser should be sulfate- and paraben-free with a small amount of salicylic acid as a mild, decongesting exfoliate and cleansing agent. Adding panthenol (vitamin B) to a formula that contains antimicrobial properties is crucial to the control of bacterial growth. Panthenol also rebalances sebum production through the increase of coenzyme A which is involved in the metabolism and breaking down of excess sebum.
Aloe vera is well known for its reduction of erythema and inflammation. However, one of the most important ingredients used in many acne products is the present formulation of BIOCENCE™, developed by Alan Lord. I became familiar with the ingredient while researching alternative preservatives to replace controversial parabens. The components of BIOCENCE include four natural, common ingredients – tea tree extract, castor seed oil, thyme and rosemary, all known for their natural, antibacterial and healing properties. It kills nearly everything on contact, depending upon what percentage is used in any formulation. I have had independent laboratories use it on every type of bacteria known, from gram positive to gram negative, and have even put it with viruses of all types, including E-coli.
My experiments for acne products included a cleanser and a spray mist. Acne skin desperately needs protection against transepidermal water loss (TEWL) to keep moisture in skin where sebum is being minimized and to keep the fire of inflammation controlled. It made sense to include a high percentage of this ingredient in a water spray mist along with a small amount of salicylic acid. To seal in the water, a transdermal cream formula would be needed as well. Keep in mind that, in areas of broken pustules or cysts (or areas where cuneiform scars may be developing), extra collagen production is needed to rebuild weak tissue to the point where scarring does not happen. Adding ascorbic acid to the formula helps instigate new collagen fibers through the fibroblast cells; krameria trianda root extract helps control the stress hormone associated with acne and is rich in natural lycopene (known as a super-antioxidant); and a zinc/magnesium ascorbyl phosphate combination that not only controls excess sebum but helps rebuild compromised tissue. I would formulate the cream base with safflower oil that is loaded with essential fatty acids and vitamin A, fractionated to occlude the water molecule into the skin and combine it with dimethicone, an unmodified silicone that does not block pores but helps maintain a protective water barrier.
Next, I would add allatoin and beta glucan, known for their calming and soothing properties. Additionally, they get rid of topical infections by stimulating the Langerhans cells to reach out those long-armed dendrites and macrophages and destroy any invasion of free radicals and bacteria that attack acneic skin. The Langerhans cell is our skin's immune defense system and the polysaccharides beta glucan enhance Langerhans cell strength to an unbelievable level. I have seen first, second and third degree burns actually start to heal over in less than 24 hours with a liberal application of a gel with beta glucan as the prime ingredient.
Last but not least, teenagers need a secret weapon to control their unexpected breakouts – rather than having to squeeze them, spreading the infection to other parts of the face and/or body. This can be accomplished with a simple, non-petrolatum salve that contains powerful reubecients such as cassia, clove and capsicum cayenne pepper. Cassia and clove create pseudo heat when applied to a swollen pustule. This immediately stimulates the capillaries, causing the skin to heat up. The hardened sebum in the pustules starts to liquefy and the increased blood circulation carries off the toxins. Capsicum is also high in enzymes which are utilized by the endocrine system, releasing hormones into the blood stream which, in turn, regulates functions like metabolism and mood.
Once a day, the client would simply cleanse their skin, pat it dry, and apply a small dot of the salve onto the top of the pustules. Usually within 24 hours, the pustules simply flush out and become flattened or dry up and drop off the skin without any pinching or extracting.
For 40 years, I have dealt with every sort of acne condition known to man. As a result, I believe that having the most effective protocol for treating acne, such as professional skin revision treatments, a full home prescriptive regimen, or taking various supplements, will prove beneficial for clearing your client's acne.

Danné Montague-King is a worldwide leader in the field of skin rejuvenation. He was one of the first biochemists to recognize the power of enzymes to hydrate and tighten the skin and the benefit of vitamin C therapy for collagen in human skin. Montague-King is a tireless educator who annually travels throughout the world conducting lectures and training for professionals and consumers. As a journalist, he is a regular contributor to many of the world's most important professional journals including Australian Beauty, Beauty New Zealand, DERMASCOPE Magazine, Health & Beauty, Irish Beauty, Les Nouvelles Esthetique, Professional Beauty, and Shjkonnet og Helse.