The State of Sunscreen Innovation in 2015 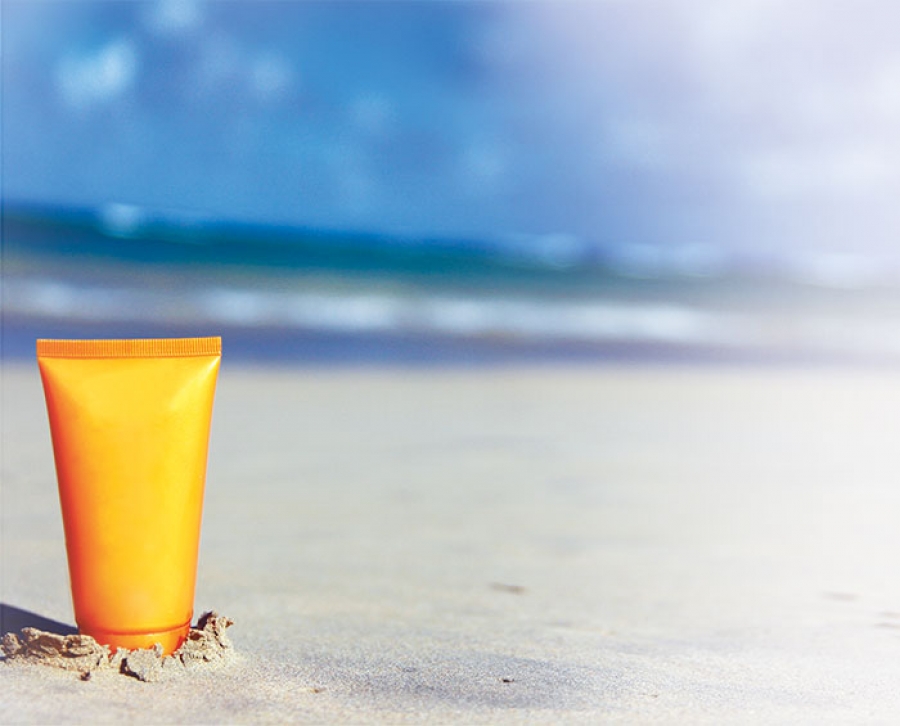 Sunscreens have been commercially available for over 50 years. Sunscreen safety, efficacy, and elegance have improved continuously since the early days of beachgoers wearing white zinc oxide nose paste. In the United States, however, sunscreen innovation has been held back since the 1990s because the Food and Drug Administration (FDA) has not taken action on several pending sunscreen ingredient applications.

As of January 2015, there are 17 FDA-approved sunscreen filters. Only three of these effectively filter UVA radiation: two inorganic filters, titanium dioxide and zinc oxide, and one organic filter, avobenzone. Inorganic filters have declining elegance with increased opacity at higher concentrations. Avobenzone is not photostable and cannot be combined with inorganic filters. It is these UVA filter limitations that make elegant high-performance sunscreen development so challenging (but not impossible) today and continue to limit the overall quality of sunscreen choices available to United
States consumers.
Eight organic sunscreen ingredient applications have been submitted for FDA review between 2002 and 2009 – four UVB filters and four broad spectrum UVA/UVB filters. It is widely anticipated that the FDA will rule on all eight in 2015. Approval of the UVB filters will expand future sunscreen formulation options, but it is the four broad spectrum UVA/UVB-filtering ingredients that have the potential to become sunscreen innovation “game changers.” Watch for these four ingredients in 2015 and beyond:
Bemotrizinol (marketed by BASF as Tinosorb® S) is an oil-soluble ingredient that can also be delivered in aqueous formulations. Approved in the European Union (EU) since 2000, it has highest SPF rating of all European Union-approved sunscreen ingredients. Bemotrizinol absorbs across the UVA/UVB spectrum, is photostable, nonmutagenic, nonestrogenic, and appears to offer synergistic SPF benefits when combined with other UVB filters currently awaiting review. Bemotrizinol may be the most promising sunscreen ingredient awaiting review.
Bisoctrizole (marketed by BASF as Tinosorb® M) is an insoluble, nanoparticle, broad spectrum ultraviolet absorber and reflector that is delivered in aqueous suspension and has minimal skin absorption. Approved in the European Union since 2000, bisoctrizole is photostable, nonmutagenic, and nonestrogenic. It has slightly less ultraviolet filtering efficacy than bemotrizinol at equivalent concentration. 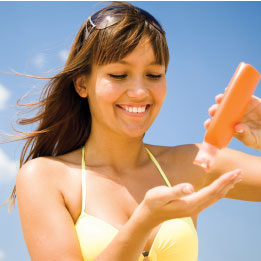 Drometrizole trisiloxane (marketed by L’Oréal as Mexoryl® XL) is an oil-soluble, photostable, broad spectrum ultraviolet absorber that is not absorbed into skin. Approved in the European Union since 1999, it is insoluble in water, thus particularly suitable for water-resistant formulations. Drometrizole trisiloxane is slightly more effective at filtering UVA radiation than ecamsule.
Ecamsule (marketed by L’Oréal as Mexoryl® SX) is a water-soluble, photostable, nonmutagenic, UVA and partial UVB absorber that is not absorbed into skin. Approved in the European Union since 1991, it is found in a few FDA-approved commercial sunscreens, but not yet approved for
sunscreen formulating.
As we await FDA’s review of these new ingredients, it is important to understand the urgency of prompt review completion. Since 1970, melanoma rates are up over 800 percent among young women and 400 percent among young men. Similarly, over the past three decades, more Americans have developed skin cancer than all other cancers combined. Additionally, the central role of cumulative UVA/UVB exposure in degrading skin’s functional utility and overall appearance is increasingly well-understood. Thus, the importance of sunscreen is paramount. Ease of application, elegance, broad spectrum filtering, and water resistance all help encourage more widespread adoption of sun protection practices. The more effective and user-friendly sunscreen products become, the more likely it is that people will apply them liberally and regularly – with real long-term benefits in terms of skin cancer risk reduction1,2 and skin aesthetics preservation.3,4
The reasons why pending sunscreen ingredient applications have been delayed so long are complex. In 2002, the FDA decided that it would look at “time and extent application” (TEA) as a means of approval. Basically, if an ingredient was widely used outside the United States for over five years, it was eligible for review and possible approval if determined to be “generally recognized as safe and effective” (GRASE). Despite plentiful data to guide the review process, the time and extent application process has never been used by the FDA. For example, over 200 million applications of drometrizole trisiloxane have been safely administered worldwide.
The frustration created by review delays led to the formation of the Public Access to SunScreens (PASS) Coalition in 2013. Public Access to SunScreens lobbied Congress to introduce the Sunscreen Innovation Act, which passed both bodies of Congress and is being reconciled for the President’s signature. The act mandates that all pending sunscreen ingredient applications be reviewed by the FDA within one year. Subsequent new ingredient applications must be reviewed within 18 months of receipt. If the FDA fails to review an application on schedule, the FDA commissioner must personally make a decision within 60 days.
So, thanks to rare bipartisan action in both bodies of Congress, the FDA will soon decide whether or not to approve all pending sunscreen ingredient applications. This is a fine example of government in action and is a fantastic thing for all Americans. Most importantly, it is great news on the sunscreen innovation front for 2015 and beyond. We can expect up to eight newly-approved sunscreen ingredients this year. Among other things, these ingredients should improve the ease with which formulators can create elegant, water-resistant, broad spectrum sunscreen formulations. New UVA radiation filters will lead this wave of innovation. The four ingredients detailed above will likely become very popular – watch for them in 2015 and the years to come.