Lydia Safarti- A Legend in Aesthetics 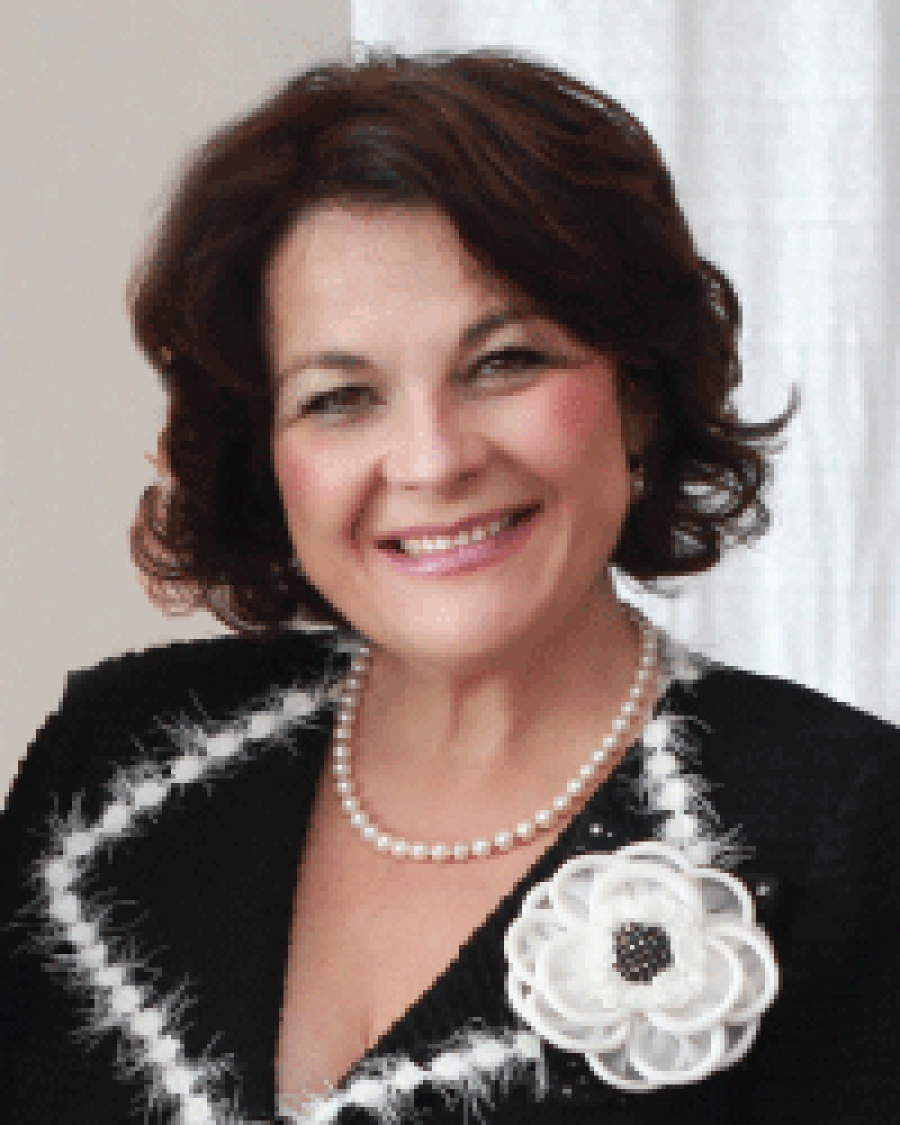 Lydia Safarti- A Legend in Aesthetics

“I’ve never believed in taking no for an answer, “Sarfati says, with a smile.  “If people say no, I don’t get mad.  I just think, “Well, they don’t understand, and it is my job to educate them.”

Ask people who know her to describe Lydia Sarfati physically, and one image almost always comes to mind.  Oh, they might mention her dark hair, the perfect skin, that unmistakable laugh, or the rich, European-accented voice.  But they also see the president and founder of Repechage in a particular posture:

They see her standing in front of a classroom full of skin care specialists, conducting a seminar.  She is beside a treatment chair, where a facial client is stretch out comfortably, her fingers tracing the skin as she explains something about its condition or needs to a group of beauty editors, a gathering of skin care professionals, or just to the client.

Sarfati sits sometimes, of course, in her sunny loft offices in New York’s West 20’s. on the phone talking with someone in France, Hong Kong, Alabama, or in a meeting (with staff, clients, suppliers), she radiates a kind of intense physical energy.  She still gets excited about new ideas, formulas, ways to reach the industry and the public.  Even now, with her treatments and products in more than 600 salons across North America, not to mention the growing number in Europe, Asia, South America and the Caribbean.  Lydia Sarfati is as driven as ever to fulfill her mission.  She won’t be completely happy until every person on the planet respects the importance of good professional skin care, and has access to it.

Sarfati’s intense focus on skin care began when she was only in her teens, growing up in Legnica, Poland, a city of 70,000 or so, closer to German and Czechoslovakian borders than to either Warsaw or Kracow.  She took her professional training there, heavy on anatomy, histology, and other sciences.  If that sounds like a pre-med curriculum, it was meant to be.  In most parts of Eastern Europe, the skin care specialist has always been considered a professional who specializes in caring for the largest organ of the body, and who needs to know every detail of its structure and function in order to diagnose and treat it.

It came as something of a shock, when the young woman moved to the United States, to learn how differently things were done here.  The fact that there were no separate skin care licensing or curriculum within the beauty industry, and that any aspiring aesthetician had to spend most of her educational time learning hairdressing, amazed her.  But she got her credentials, and was soon managing other people’s New York salons, as well as building loyal personal clientele.

The logical next step for Lydia Sarfati, still in her twenties, was to create her own salon.  The ors of the Klisar Skin Care Center on 53rd street between Madison and Fifth Avenues opened in September, 1977, and by winter, items about the new salon and its knowledgeable co-owner had begun to appear in Vogue, Mademoiselle, and a host of other national magazines.

Klisar had no advertising budget, no marketing plan, and its only publicity expense was to offer a few free facials to the young women who wrote the press releases.  Lydia Sarfati met with the “we’ve seen it and we’re pretty bored by it, thank-you” beauty editors, and won them over with a combination of impressive demonstration, technical knowledge, communication skills and sheer force of will.

“I’ve never believed in taking no for an answer, “ Sarfati says, with a smile.  “If people say no, I don’t get mad.  I just think, “Well, they don’t understand, and it is my job to educate them.”

Once, when an experienced free-lance publicist couldn’t get a foot in the door for a particular newspaper interview, Sarfati took on the challenge herself.  “Just give me five minutes,” she told the editor.  “And after that, if you don’t think I have anything new to say, you can kick me out.”  The result was a full newspaper feature on Sarfati’s philosophies and methods.

Things moved fast once word about Klisar began to spread.  The glamorous, but somehow cozy, second floor salon, with its blue and chrome décor, louvered-door treatment rooms, and mirrored walls, had become a real meeting place for New York business-women, jet-setters, and for the beauty press itself.  Magazine editors grew accustomed to running into each other at Klisar.  One successful model, who had relocated to Paris, still flew in from the French capital to have her facials done in New York by Lydia.  Articles appeared in Harper’s Bazaar, Ladies’ Home Journal, Bride’s GQ, Women’s Wear Daily, The New York Daily News, The New York Times, the list goes on.

When Sarfati wasn’t giving interviews, training new employees, or doing facials with her own two hands, she was working with her suppliers to make the products she carried increasingly gentle and more effective.  In 1980, only three years after the opening of the salon, she founded Repechage a small skin care products company for which she had high hopes.

The four layer facial was the company’s dramatic new treatment.  Sarfati had been flying back and fourth across the Atlantic for months, meeting with chemists to refine and retest the formula until it met her standards.

The goal was to create a salon skin care treatment with the results built into the formula itself, a virtually foolproof treatment that would give the client beautiful, visible results whether the aesthetician in charge that day was a talented 20-year industry veteran or a shaky beginner.

Sarfati and her associates introduced the facial to New York area beauty professionals at a party and presentation at the Pierre Hotel in July 1980.  Two months later, Repechage was introduced to the beauty press at a cocktail party in The Atrium Galleria.

That day, when it was time to demonstrate the new four-layer facial, Sarfati had not hired a model or pre-arranged a “volunteer.”  Instead, she stood in front of the group and asked who might like to try the facial first.  To a certain amount of general amazement, the hand that went up belonged to Andrea Quinn Robinson, beauty editor of Vogue and today, President of Ultima II.  The new treatment and its developer could not have won a more impressive vote of confidence.  From that day, the company’s growth was steady and sure.  In 1983, Sarfati sold Klisar to her partner and left to devote all her time and energies to Repechage.

As a result:  Repechage (a name that means, in French, a rescue of sorts, a chance to make up for the mistakes of the past) is a respected name throughout the industry.  The four-layer facial and the first basin cleaners, lotions, and moisturizers have been joined by a wide array of treatments and products, from anti-aging ampoules to a complete seaweed-based body care collection.

There are the usual symbols of success: the spacious New York headquarters with its own training center, the enthusiastic staff and the awards.  But, they are not the way Lydia Sarfati judges how far she has come in terms of her original goal, to educate America about skin care.  In that respect, Sarfati fulfilled one important dream in 1989 when she established RAC (Repechage Authorized Centers), a national organization whose members are skin care salons that have met the highest standards of professionalism.

“Lydia is an inspiration to the staff at our salons,” says Cheryl Tricoci of Mario Tricoci Salons and Spas in Chicago, Illinois. “Her one on one training enables her to find each person’s wavelength, then motivate them and inspire them to perform.”

“I learn more every time I talk to her,” says Pat Robinson, owner of Pat Robinson’s Sensible Skincare, in Framingham, Mass.  “The single element that makes Lydia stand out is her knowledge about the knowledge is matched only by her sincerity.”

“Lydia is an inspiration,” says Santo Mula of the King Ranch and La Corte salons in Toronto.  She’s a dynamic person, and Repechage is far more effective than any other line we have carried.”

Mula, who has worked with Sarfati for seven years, is not the only professional who seems to feel compelled to give a product testimonial as well as a personal one.  But, as John Walsh President Elizabeth Grady Face First points out, “That’s because both are important aspects of her contributions to the industry.”  “I met Lydia ten years ago, and was awestruck by her beauty.  But her sincerity is equally overwhelming.  She is extremely concerned with quality of service.

“Lydia has been my personal role model for years,” adds Beth Mirowski, director of aesthetic training for the Elizabeth Grady School of Esthetics. Mirowski remembers meeting Sarfati for the first time and confessing that, at one time, she would have been willing to work for her for free.  “I would have done it in hopes of gaining just a tiny bit of her knowledge.  She laughed and assures me that I had the true hear of tan aesthetician, and that the she appreciated the fact that I have always put love for the field before anything. “From that moment she started speaking, I knew that this woman epitomized everything that I wanted to be as an aesthetician.”  At the Aesthetics World Expo’ 89 in Dallas, Joel Gerson dropped into Lydia Sarfati’s class and sat in the last row.  “I wanted to see the woman who years ago came from Poland, worked in a salon as an aesthetician, and today runs one of the most successful skin care companies in America.  I chose the last row so I could leave in five to ten minutes without disturbing her class.  Bit I was so overwhelmed by her knowledge, that I stayed for the entire class,”  Gerson recalls.

Not long ago, Gerson dropped by the combination salon, workshop and store that Repechage opened in Manhattan’s East 60s (1073 Third Avenue) in December 1989.  He found the company president in the middle of giving a facial. “Can you imagine?”  he begins, voicing genuine admiration.  “With all the salons and a major company to run, Lydia finds the time to spend with her clients and gives treatments in her salon when she is in New York.”

Originally, Lydia Sarfati said she wanted to bring European attitudes, skills and techniques to the American consumer.  Today, she talks more of reversing that process, passing some of that American inventiveness back to the Old World.

“What I was able to do in the United States was to combine my European Know-how with the American way of thinking,” she summarizes, standing in the reception area of 1037 Third Avenue.  “I’m proud that I was able not only to be part of this industry, but to have some input.  Now I want to take that input and carry it to Europe and Asia.  I want to reeducate the European aesthetician.”

It’s not a matter if the European skin care industry doing anything wrong,  she quickly explains.  It’s just that they have been doing some thing the same way for hundreds of years, and that can make people resistant to change.  It’s America’s enthusiasm about learning and taking action that she wants to export now.

Lydia Sarfati insists that she is still learning every day, so it is sometimes difficult for her to reflect on the past rather than the future, but she knows what makes her proud.

A fellow professional telling her a Repechage product is the best he’s ever seen for instance and when she opened 1037 Third Avenue, the clients from 15 to 20 years ago who turned up at its front door saying, “We’ve missed you. This feels like coming home.”