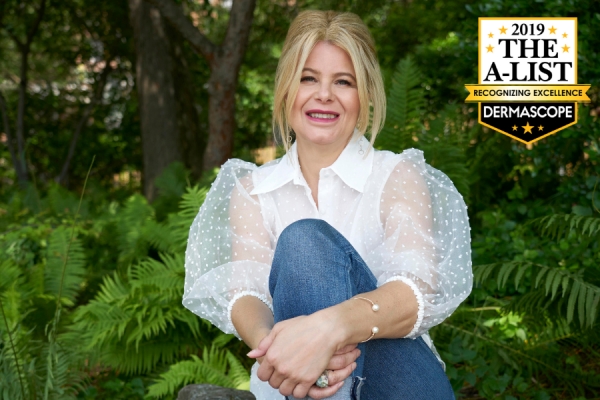 Following the road less traveled, she proved going against the grain can open unseen doors.

With a degree in journalism, skin care was not Cecily’s first career choice, but it is definitely her last. Celebrating her 25th year in business now, she continues to innovate the spa industry through development of cutting-edge training programs and protocols for wellness professionals.

Cecily likens her story to the game of Chutes and Ladders, and draws inspiration from her favorite poem, “The Road Less Traveled” by Robert Frost, that she keeps with her at all times and uses to guide her when she comes to a crossroad. It led her to make a conscious decision during a successful early phase of her career – to give up everything and start again from the bottom – and it continues to lead her on a path less traveled.

Her “ah-ha” moment came during a tradeshow in 1998, when she looked around and could not distinguish between any of the booths. “Everything looked so medical, with salespeople in suits and white lab coats selling nearly identical products. I thought, ‘There has to be something different.’” Years later, she attended the same tradeshow, with a 20-foot booth made out of teakwood, a tall gazebo, sheer curtains, and her team wearing sarongs, selling batik kimonos and tropical spa products. “We were the busiest booth. From that moment on, I knew it was okay to be different.”

Cecily’s mission is to share her global spa experiences with those who are unable to make the journey on their own. That desire to share is the driving force behind her dedication to maintain the integrity of ancient healing traditions through training and the promotion of cross-cultural practices.

Cecily’s core belief is that an educated client is a good client and she has always focused on education first, with products and tools that support her training.

“Always plan for the unexpected.” Cecily read these words while writing her business plan, so she braced herself for the unknown. But, no one could have prepared her for the 9/11 terrorist attacks just months after moving to New York and starting her own business. “I was suddenly trying to maintain a business that was not yet a business, without enough core customers to keep it afloat, but I never gave up and the aftermath ultimately led to decisions that are at the core of my success today,” she said. Forging and navigating the path of the unknown remains Cecily’s specialty.

Cecily is not afraid to be a square peg in a round hole, to go against the grain and do something in a way no one else is doing it and, then, to seek others to train, grow, and form a solid foundation built on a new idea.

WHAT THEY’RE SAYING ABOUT CECILY

“Cecily’s example inspires practitioners to be bold and creative. She is, quite literally, a force of nature. She is selfless in her drive to share the wisdom of other cultures with as many students as possible.” Rebecca Johnston, executive spa director at Garden of the Gods Club