Playing the Piano on the pH Scale (and Other Exfoliants) 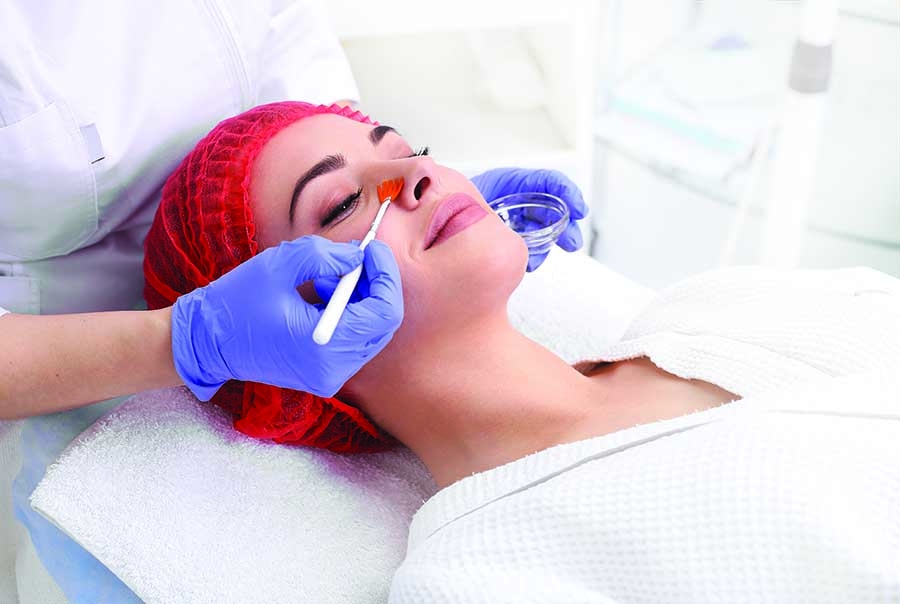 What does the term “peel” actually mean? Find out which exfoliation treatments can be considered peels and learn the pros and cons of using medical versus alpha hydroxy acid peels,
alkaline treatments, scrubs, and more!

The word “peel” has been a primary catch phrase in the skin care industry for over 50 years. The suggestion has always been to peel off a layer of skin to “fix” the skin. 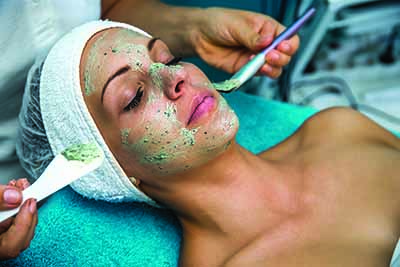 People are not, however, onions that can be peeled to solve skin problems! Another misnomer is “depth of peel.”
Anyone who has viewed a section of human skin under a microscope would know that humans basically have two layers. The epidermis and all its complexities and everything else underneath, which is always shifting and changing in configuration. There have been green peels, blue peels, bio peels, fruit sugar peels, volcanic rock peels, corn meal peels, and salt peels, each touting miracle benefits. Often, they are accompanied by before and after photographs that are too good to be true. In the quest for perfect skin, clients are regularly deceived.

What does the word peel really mean? It is important to start by having a look at what is being “peeled.” When clients look in the mirror at all the things that annoy them, such as hyperpigmentation, fine lines and wrinkles, loss of elasticity in tissue, and uneven skin tones, clients are looking at defense mechanisms of the skin. A person’s real age and skin condition are best reflected by the smoother, firmer, and less pigmented tissue on the buttocks and breasts.

Clothing offers protection from solar and other environmental damage, keeping those areas from accelerated aging and excess melanosome activity, while the face, hands, and decollate are exposed. The body desperately tries to defend the epidermis by building up redundant cuticle as an armor against free radicals. This dead cell barrier gets thicker and thicker over time, slowing down the duo-flow of sebaceous and sudoriferous secretions that make up the acid mantle (nature’s natural moisturizer); the skin appears dry and lined.

Then, this defensive skin signals trauma to the melanocyte and melanin does what it is meant to do; it rushes to the surface to protect against irritation, but in a spotty and uneven manner. Underneath, the subdermis slows down proliferation of new cell activity, Langerhans cells become weak, and even more invasion can attack the tissue with inflammation, bacterial assault, and even virus or mites. The rosacea-signaling demodex parasites start laying their eggs and putting pressure on the peripheral capillaries, resulting in couperose conditions. 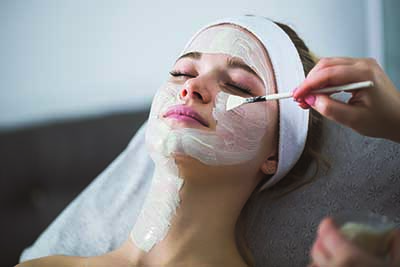 All this defense activity has to be removed, but removal, or peeling, is only step one.

The procedures usually involve taping for three days after application, and applications of thymol iodide for several more days, resulting in a huge, swollen brown crust that is removed with Crisco, or other grease, and warm water cloths. Tighter skin becomes swollen with edema during the healing process. Also, the patient is left with no or very little pigmentation for life, a line of demarcation under the jaw, and a slightly plastic look for years afterward.

The modality is burning the epidermis, and while some may argue that new collagen and stems are instigated in the process, these are defense mechanisms designed to heal a breach from a huge attack. This action throws off the natural, regulated rhythm of cell proliferation for a decade. The real story manifests a few years later when the elasticity and the texture of the skin starts to break down.

The CO2 laser does something similar, with a little more control. The difference is that laser vaporizes the epidermis.

So much has been misunderstood about these very good tools in the hands of professionals. Since the days of the “acid reign” back in the late 1980s – when companies all over the globe were rushing acid into the hands of anyone who would buy – the industry has finally slowed down and learned to respect this medium and use it as a professional tool, when needed.

Basically, alpha hydroxy acids (AHAs) are hygroscopic in nature. Thus, they were misconstrued in the beginning as a moisturizing peel. This acid works by drawing moisture into a dead cell, swelling it up until it bursts into fragments, detaching from the newer epidermis underneath. By virtue of the low pH level, they also initially harden keratin, which helps with underlying epidermal detachment and bond breaking. Overuse eventually dehydrates the skin, but professionals can combat transepidermal water loss (TEWL) with hydration-based treatments and products after the application.

Beta hydroxy acids (BHAs) are not really a sister product, as many assume. They can go down into pores and are very good for acneic treatments. Salicylic acid is at the top of this category, and combinations that are sensibly blended do work very well. 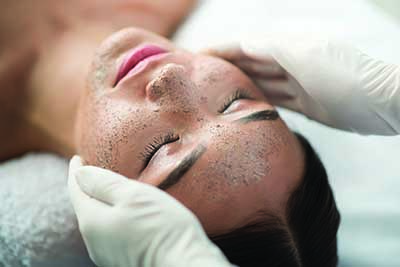 Acids, which have a pH level under four, harden protein structures, such as dead cells. Pathologists have been preserving human specimens in laboratories in acid formaldehyde for decades. In skin care, these hardened cells become brittle and break away from the skin. Phenol acid, an old-fashioned ingredient, was very efficient in this function and had the unique property of inhibiting melanin and being very antiseptic, at low percentages. Unfortunately, this is now forbidden in the European Union, along with a good deal of many other effective ingredients, making it difficult for international companies. Chemical exfoliation is mainly about pH, with the exception of the added hygroscopic nature of AHAs.

Alkalines, which are on the other end of the spectrum and have a pH level of 12, desquamate everything that is either protein or lipid in formation, including dead cells, pustules, pimples, papules, and the tops of cysts. They also soften and erode hair follicles involved in folliculitis and the copious, villus hair involved in acne cases. As a major door opener, by desquamating nearly everything, alkaline-based treatments are highly effective in scar removal and defined pigmentation such as melasma or chloasma. However, one must not consider alkalizing as a peel and it is not recommended, nor should be addressed, as a primary treatment by itself.

Like very low acids, alkaline tools must be monitored and watched with trained eyes. Timing and keeping a moist base are essential, as well as restoring the skin to a normal PH level immediately after 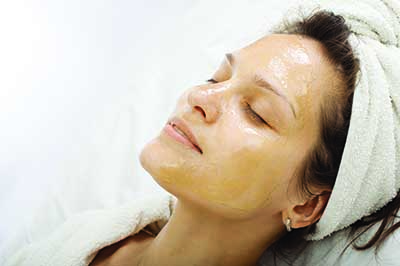 SCRUBS AND OTHER MECHANICAL
REMOVAL SYSTEMS

Hard granule scrubs often consist of microbeads made of jojoba and other oils, volcanic granules, and salts. Some microspheres dissolve with body heat after 35 seconds of gentle rotary scrubbing in the nose, forehead, and cheek areas. This essentially starts to break up excess corneum. However, prolonged scrubbing is irritating to the epidermis.

Using hot towels is the key to any scrubbing exfoliation. Additionally, pre-dissolving the dried out hard lipids trapped (sometimes for months) at the fulcrum-shaped bottom of a clogged pore increases treatment success.

Pores do not really open and close when confronted with hot and cold water. Thermal heat can pre-soften the old lipids in the pore and arouse respiration (which becomes perspiration) and the fats are flushed out, proving they are not blocked by the excess cuticle barrier. Think of taking a stick of cold butter out of the fridge and putting it on a hot stove. It changes its shape and becomes fluid and moveable. The scrub or pre-exfoliant gets rid of the dead cell build-up, blocking the pore. As a result, there is a clean evacuation that may not even need extracting.

Artificial scrubbing granules or mineral types, such as volcanic microsphere, are not water soluble, so they are not considered environmentally-friendly. Mineral makeup molecules are 3 million microns in size, much smaller than the opening of a pore. Imagine throwing a rock into the mouth of a cave. Eventually the cave will fill up and the opening will be blocked. Non-water-soluble granules can clog drains, leading to bacteria breeding.

When choosing a method of exfoliation, professionals must be careful about what they consider to be a peel. At the end of the day, all forms of treatment – from medical peels to alkaline treatments – are not the same; they all have their strengths and weaknesses. It is up to the professional to become educated on the benefits and downfalls of each and be careful in the selection process. 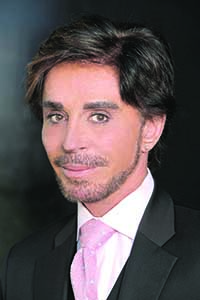 DMK founder, Danné Montague-King, is a pioneer in his industry. He has seen the depths of depression associated with poorly functioning skin. In fact, his everlasting passion was born from his dissatisfaction with his own acne as a teenager. Not understanding the condition completely, and after failed attempts from top United States dermatologists to cure his acne, Montague-King took things into his own hands and desperate for a cure, became his own guinea pig. A string of breakthroughs, trials, and tribulations, and many travels would follow, until he found his first true breakthrough in the 1960s involving vitamin C therapy. That’s all it took to spark what would be decades of developing successful treatments and products that would combine to form the iconic brand that is DMK – sold throughout 30 countries.