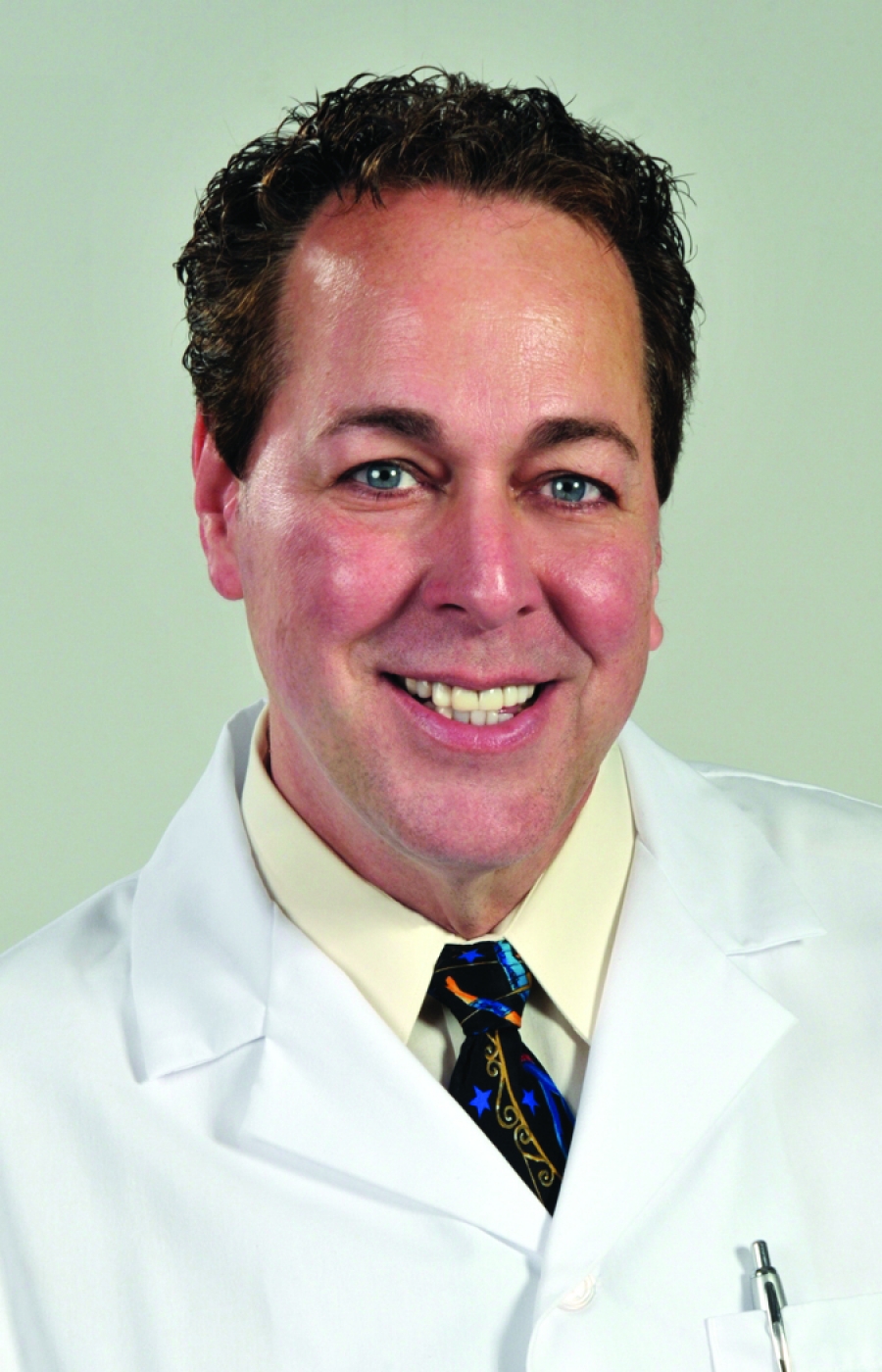 Intelligent, pleasant, savvy, witty, personable, go getter… A few of the many ways to describe this most talented living legend, Dr. Mark Lees, who will celebrate his thirty third year of youthfulness in September of this year.  In his short life, he has accomplished more than many people twice his age, yet remains a great person to be around and a good friend to his colleagues in the industry.

But, let’s go back and get to know Mark a little better.  He was born in Baton Rouge, Louisiana, and was raised in Pensacola, Florida.  Mark had a great deal of problems with his ears as a small child.  As a result, he was not able to swim and enjoy some of the typical activities that other boys his age were doing.  Perhaps that is the reason he ventures off on his own, pursuing other interest and eventually winding up a volunteer worker at the Pensacola Zoo.  (We often remind Mark how special that experience was!)  He took the zoo work so seriously that at the ripe age of eleven he was in charge of the animal’s diets, and even raised a baboon at home until it was old enough to live with its fellow animals.  In fact, if you get to know Mark well enough, he’ll probably show you the physical souvenirs - - sea lion’s teeth marks, leopard and bear scars, etc.

At fourteen, Mark was sent to prep school by his parents; a decision that developed Mark’s interest and abilities in the chemistry.  During his time at the academy, his life long goal became the pursuit of veterinary medicine.  At fifteen, Mark received a scholarship from the Veterinary Science Department of the University of Florida.  Mark actually enrolled in college and graduated with an Associate degree, at seventeen.  Then, one year during an elective speech course, Mark participated in veterinary medicine, this was an exciting change.  Imagine what his college counselor thought; theater and animal science at the same time?!

To this day, Mark is known to humorously feel that “skin care is somewhere between theater and animal nutrition!”  What’s even more interesting is that Mark took a career test in high school and was told he’s make an excellent funeral director!

His interest in theater rapidly developed into quite an acting career, including; Fiddler On The Roof, Diary Of Anne Frank, Cabaret, and many more. His friends at the time included such talents as Jan Hooks (now on Saturday Night Live) and Michael Blevins (from the movie A Chorus Line.)   Now, back to our star.

Mark decided to go to Los Angeles after graduation from, college, to audition for the movies.  While doing so, his practical side popped up again and he decided he didn’t want to starve, so he enrolled in Cosmetology school.  What a shock this was to Mark’s family.  Mark’s father, Richard E. Lees Jr., his mother, Virginia, and his only sister, Amanda were all psychologists.  Family opinion has changed dramatically since that time.

His instructor ran across an advertisement announcing a CIDESCO congress in New York.  That was it; Mark was on a plane to New York.  This one single trip and congress kicked off his skin care career.  He was mesmerized by the lectures, by the scientific approach to skin care, and he had the opportunity to meet Madame Christine Valmy, herself.  In fact, he is still very proud to tell friends how excited he was about getting her personal autograph on her newly released book.  With Mark’s strong background in chemistry and biology, he was able to adequately appreciate the potential of this young industry.  It was then that Mark began saying, “when you cross theater and animal science, you get esthetics!”  Needless to say, his next move was the Christine Valmy School immediately after completing cosmetology school.

After graduation from her school he was offered a job back in Pensacola, as a director for a new salon.  They agreed to add a skin care room and that work began.  Mark did facials, Mark did hair, Mark even did nails (although not so great at that), and it grew.  In less than a year and a half his next decision was made - - to open his own salon!  In 1980, Mark’s own salon became the first licensed all skin care salon in the city.  Within two years, Mark’s operation grew and he had one other full time aesthetician and a part time receptionist (both of who are still with him: Denise Settle and Terrie Lowell).  The first salon was actually half of an old dental office and didn’t even have windows.

In 1982, the school bug bit Mark again.  This time, however, it was a little more complicated.  He wanted a Masters degree.  Although no advanced esthetic program was offered, he convinced the Dean to let him pursue his Masters in Health Science, with a concentration on skin care.  It was during this time that Mark began to show a particular interest in problem skin and began an interest in the research related to comedogenicity, as done by Dr. Fulton, Dr. Klingman, etc.  His interest was peaked as he discovered the limitations in treatment capability for these difficult problem skins, not to mention the unattractive packaging. Unsatisfied with foundations for his only skin, Mark began tinkering with formulas in 1983.  Without realizing it, the beginnings of the Mark Less Skin Care line was about to begin.

In 1984, his accumulated skills and determination led him to take the world renowned CIDESCO international examination.  To quote Mark’s impression of this “the CIDESCO Exam is what I then and still do consider the ultimate accomplishment in the field.”  Mark was also elected Vice President of CIDESCO at the same congress in New York.  Mark’s reaction, “I was stunned… the CIDESCO diploma and Vice President in two days!”

Mark also completed his Masters Degree that year!  But, still not enough, mark went directly into his study for a Doctorate.  The Doctorate was completed in 198, and Mark became our industry’s very first Ph.D.  It wasn’t just school and study either.  Mark continues working and expanding his salon.  He built a completely new salon in 1985, and the operation went from half a dental office to a booming salon with a staff of fourteen and another large building and a complete non-comedogenic skin care line!

Mark loved his work and the industry.  He never missed a show and he worked diligently as Vice President of CIDESCO, USA.  In 1985, the three separate skin care associations merged and held a Federation Congress in Chicago.  During the congress it was announced that the Federation was going to join forces with the National Cosmetology Association.  Mark was invited to join the prestigious EstheticsAmerica committee and in January of 1986, he attended his first NCA (National Cosmetology Association) show, in New Orleans.  As he has said so many times since, “little did we know that so many of the people at the first meeting were to become such close friends and business associates.”

Mark continued growing and working.  He went from being a new member, to two terms as Body Care Section Director, and then on to becoming the current Chairman of EstheticAmerica.  When asked about his Chairmanship and NCA, Mark replied. “In late 1988, I was appointed Chairman of EA and almost immediately flown off to Australia to represent NCA at CIDESCO International.  Now, serving my second term as Chairman, I can say that this has been the most difficulty and arduous experience in my life.  But, it has also been one of the best learning and professional opportunities I have ever had.  If it wasn’t for NCA, I would never have made so many good friends and business associates.  That experience is priceless!!!!

Not to be forgotten is the development of Mark Lees Skin Care.  As noted earlier, Mark began considering product development in 1983, but it wasn’t until 1987, after developing the Mark Lees Base Peaux Grasse, that the whole line came about.  With the help of a couple of friends, a lot of research and hard work, the line was finally launched at the Midwest Beauty Show. In March 1988, his line is growing and is now carried in salons throughout the United States and Canada.

And finally, what really makes a Legend: devotion and dedication.  Without a doubt, Dr. Mark Lees is a wonderful representative of what should constitute a legend.  From college entrant at fifteen to corporate President, Salon Owner, EstheticsAmerica Chairman, and American Salon’s Aesthetician of the Year in 1989 - - his accomplishments epitomize what one can do when truly motivated by the right reasons.  It will be exciting to see what bigger and better things Mark moves on to in the years ahead.  He is undaunted and committed.  With all he has, the world is his to conquer!

Mark Lees is my friend, my business colleague, my favorite and most distinguished story and joke teller, and a credit to our industry.  CONGRATULATIONS, MARK, on this official honor as a Living Legend of our industry. - - Erica Miller