Barbara Salomone- A Legend in Aesthetics 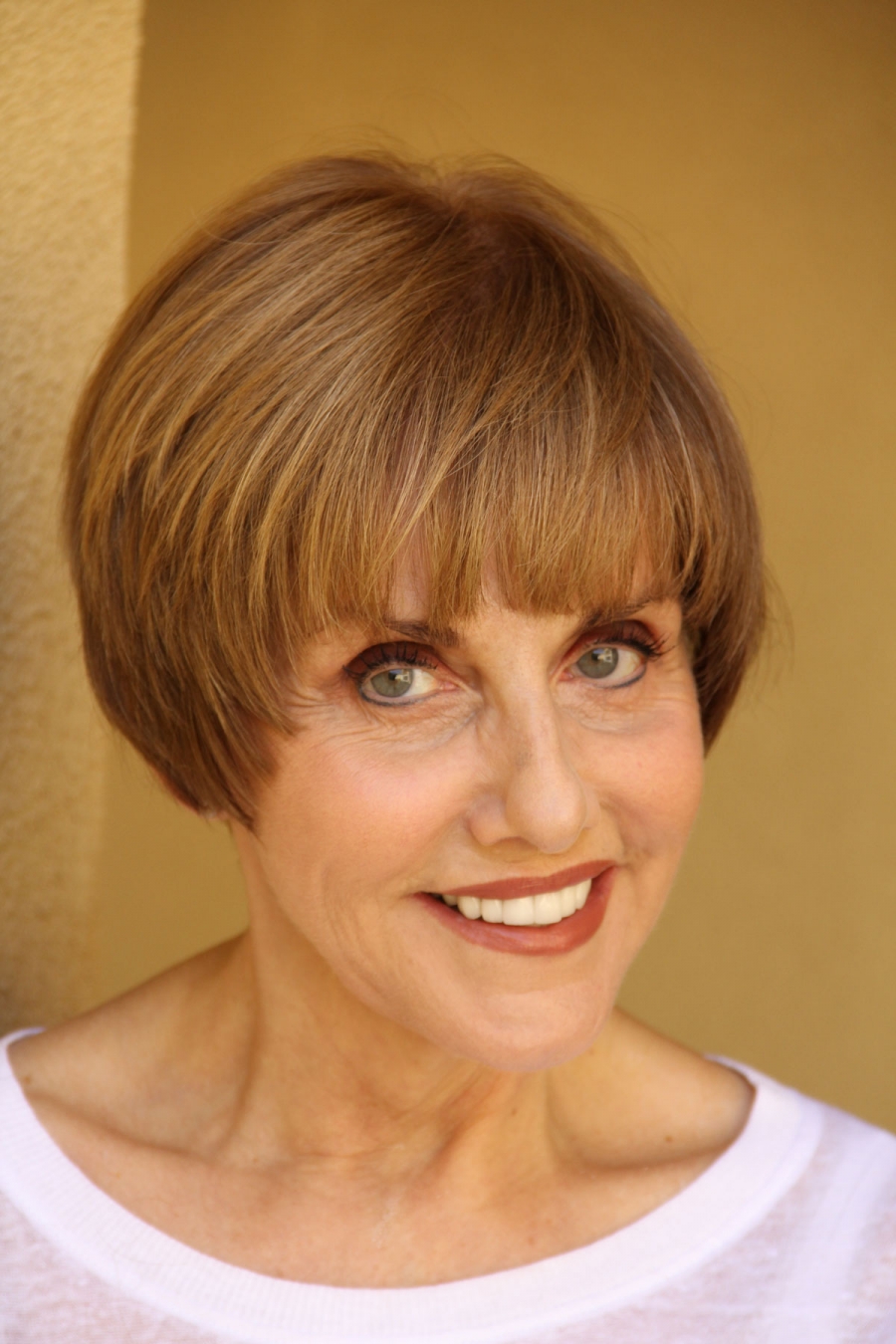 Barbara Salomone- A Legend in Aesthetics

Barbara Salomone thrives on a tight schedule of achievement. She can be found at one of her showrooms in Chicago, Boston, or Los Angeles, teaching a formulation class at her school, the Conservatory of Esthetics, overseeing the creation of new products for her Bioelements skin care like, writing one of the approximately 200 articles she’s had published in the last four years, or teaching professionals her money making aesthetics techniques at a beauty show.

Wherever she is, Mrs. Salomone can usually be found contribution to the evolution of esthetics.

“I like the process of creation, coming up with ideas, then seeing them take shape and grow into reality,” Mrs. Salomone says.  “That’s what makes this business fun.  I could work 24 hours a day if that were possible.”

To many onlookers, Mrs. Salomone’s accomplishments do in fact appear as if she spent entire days developing ideas for the aesthetics industry.

Mrs. Salomone’s love for the beauty industry began when she was director for beauty and fashion in a large Chicago department store.  There she taught classes in makeup, fashion, and skin care in the store’s charm school, produced and did commentary for fashion shows, and lectured to women’s groups on fashion and beauty.

She left Chicago for Los Angeles in the early 1970’s.  Through a friend she met Shell Burton, a Hollywood hairdresser with a celebrity clientele that read like a Who’s Who of the entertainment industry.  Soon Mrs. Salomone was running a make-up concession in Burton’s salon, offering her new line of Barbara Salomone Cosmetics.

When her make-up clients began requesting facials, Mrs. Salomone decided to study skin care in depth.  But there was one major complication.  In California, there were no schools of aesthetics, no courses and no licensing separate from cosmetology, which required 1,600 hours of school with only a few days devoted to skin care.

“Luckily, I found a wonderful French woman who could teach me all the basics of European skin and body care,” Mrs. Salomone says of her mentor at the time, Danielle L’Don, who is still a respected West Coast aesthetician in Newport Beach, California. “Danielle also taught me the human side of aesthetics --- that you can help someone just by touching them.  She has ‘healing’ hands.  I am a very strong believer in the healing power of touch.”

Then, in the latter half of the 1970s, two things happened that changed Mrs. Salomone’s life.

First, California became one of the first states to offer separate licenses for cosmeticians.  Realizing that licensing would open up the market for skin care in Los Angeles, Mrs. Salomone seized the opportunity to become licenses and open a salon in West Hollywood.  There she developed her unique methods of facial and body care treatments.  She was also one of the first aestheticians to provide nutritional counseling along with her facial, waxing, make-up, and body care services.

Around the same time she met Rebecca James, now a prominent write and lecturer on cosmetic chemistry, who has been one of Mrs. Salomone’s strongest supporters and closest colleagues.  Preparing for upcoming licensing exams, the two women were attending the same make-up academy when a teacher introduced them.  Quickly became friends, the two students took their cosmetician exams the first day they were offered.  After passing the intense day-long exam, they vowed to give back to the skin care industry.

“At the time we didn’t know what we were going to do or how we were going to do it,” Mrs. Salomone remembers. “We just knew we would make a difference.  We had enthusiasm and belief in ourselves, and those two traits are more important than any other when it comes to success.”

Taking the plunge into business

Closing her salon in the early 1980s, Mrs. Salomone moved back to Chicago with her husband, Ross.  There she decided to try her hand at representing make-up, skin care products, and aesthetics equipment to salons in her area.  “Even though I loved providing aesthetics services, I had learned so much about purchasing quality products when I had my own lines in Los Angeles that I wanted to use my knowledge to help other aestheticians who were just starting out.”

Word soon spread that “a very helpful lady,” as one customer once described her when recommending Mrs. Salomone to another salon, had arrived on the scene.  Mrs. Salomone’s business grew rapidly from a small office in her house to a two-room office in Des Plaines, Illinois, with Mrs. Salomone and her sister-in-law, Adrienne, as the only employees.

Less than a decade later, Salomone & Associates services thousands of accounts yet operates efficiently with a minimum of employees.  Mrs. Salomone’s husband became a partner and is in charge of the corporation’s sales decisions.  The Salomones also work together to produce the Barbara Salomone Sourcebook, a national publication containing a broad listing of professional products from sponges and lipsticks to multiple unit machines.

During the last two years, showrooms in Boston and Los Angeles have been added, with advanced training offered in the Midwest and on the West Coast at her school, the Conservatory of Esthetics.  There professionals can acquire valuable information from some of the most respected educators in the aesthetics field.

“We’ve had Erica Miller, Robert Diemer, Rebecca James, Mary Ann Graffeo and many other notable people as guest lectures,” says Mrs. Salomone, who is now a C.I.D.E.S.C.O. diplomat and an instructor at the Conservatory.  “Plus, all of our regular teaching staff is licensed, including our office staff because they need to be able to answer (clients’) questions.  We invest heavily in training for our entire staff because our whole business s built on professionalism.

“Professionalism is what we are all about in this industry.  If you are not professional about what you do in every way and every situation, then your clients will eventually go to someone who is.”

“We want one voice in the professional salon industry that will contribute to the strength and growth of the skin care community as a whole,” she says.  Through the Council, Mrs. Salomone hopes to provide a platform where manufacturers of aesthetics products can express their beliefs and set new standards for the industry.

A new point of view

While many people would consider three businesses and an active lecturing and writing career enough for one person, Mrs. Salomone did not feel she had given back enough to the skin care industry.  In 1991, she introduced Bioelements, a skin care line that typifies her point of view for professional aesthetics.

“Meeting the client at his or her lifestyle level is the bottom line for all aesthesis products and services these days,” Mrs. Salomone says, referring to the philosophy behind her new line, which stresses fitness and health over artificial means of beautifying.

“Lifestyle is the focal point for progressive and successful salons in the ‘90s.  Beauty will not be a thing of the past, but look for it to take a more active role, balanced by stress therapy, nutrition, physical fitness, and a health dose of pampering to set salons apart from their ‘beauty only’ image developed over the last 50 years.”

Every product she makes, regardless of whether it is skin care lotion or shoe polish, it is designed with the environment in mine.  Her companies now use environmentally friendly shipping materials and printed literature, and all her products are packages in recyclable glass.

“I was surprised to learn that all glass is made of 25 percent recycled material.  That’s much better than using large amounts of plastic that cannot be recycled in most parts of the United States.”  Even the ink on her packaging and literature is environmentally sound.  “We were one of the first companies to use soy-based ink.  Was that hard to fin!”

What plans does Mrs. Salomone have for the future?

“I believe in focusing on each day while visualizing what you want to happen next,” she says.  “I’m not looking for new projects right now.  I just want to achieve what I set out to do --- give back in my own way to this remarkable industry.”