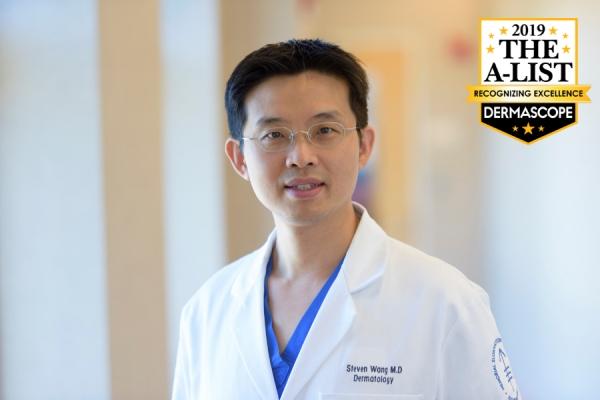 A clinical researcher and caregiver at heart, he teamed up with his father to bring a new twist to western skin care.

Dr. Steven Q. Wang, M.D., co-founder of Dr. Wang Herbal Skincare, is a dermatologist and surgeon, and currently serves as the director of dermatology and dermatologic surgery at Memorial Sloan-Kettering Cancer Center in Basking Ridge, New Jersey. Aside from patient care, he has an active research program and has published five books and more than 85 articles in peer-reviewed, scientific journals and academic textbooks. In recognition of his expertise, he lectures around the world and is frequently interviewed by media organizations such as Allure, Oprah Magazine, Reuter, the New York Times, and the Wall Street Journal.

Steven’s interest in traditional Chinese medicine started in early 2012, after a dinner conversation with his father, Gui Wang, who was a practicing acupuncturist and herbalist for over 40 years. Over the next three years, Steven and his father set to work developing dermatologic products with healing properties, based on the idea of combining natural herbs and traditional Chinese medicine with modern science and western medicine.

Steven and his father presented their research and returned to their clinical and research work. Soon, they were besieged by requests from patients who were looking for more treatments. In 2016, the father-and-son team launched their first product, Herbal Rescue Balm, which was an instant hit.

After this accomplishment, Steven received more requests from customers, this time for antiaging products. He saw that many of his clients had sensitive skin and other skin conditions, such as rosacea and eczema, which inspired him to find solutions as he and his father continued to expand the line. To meet the challenge, the team abandoned conventional industrial manufacturing techniques. They explored and adopted innovative and patented technologies to create antiaging products that did not rely on using heat and harsh techniques that would destroy active ingredients, reducing effectiveness.

Today, Steven plans to continue caring for patients and performing research and is working to launch new products in 2019. His goal is to create a holistic and effective skin care line that combines the best of eastern herbology and western medicine. In addition, Steven and his team are working on creating educational content for aestheticians, with the goal of building a collaborative environment within the community.

WHAT THEY’RE SAYING ABOUT STEVEN

“Dr. Wang is one of the most respected dermatologists and researchers in the country.” Maryam Moinfar, MD, dermatologist in California

“Dr. Wang is very accessible and knowledgeable. He is genuinely interested in learning from us.” Taryn Larsen, spa director at On the Side Spa