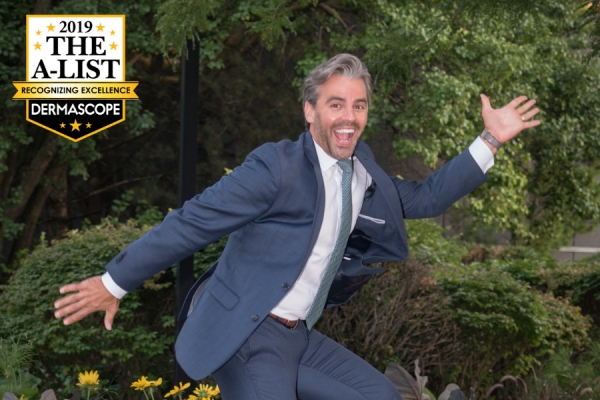 Asking questions and developing a rich mindset led him from the projects of Seattle to a successful career and leading role at a world-renowned skin care company.

From his early days delivering newspapers in the suburbs and projects of Seattle, Washington to his experiences with the Russian mafia in Moscow, Drew Coleman, vice president of education and sales for DMK International, has made it his life’s mission to challenge the status quo and deliver business owners from their poor ways of thinking.

Walt Disney, Warren Buffet, and Martin Luther King Jr. all started their first jobs as paperboys. “You can learn a lot about business from a paper-route: work ethic, punctuality, customer service, and sales.” One of the biggest lessons Drew has taken away from those early mornings in the rain is “Always look for ways to add value to your customers”– whether it be a dry newspaper or delivery at a specific time.

From an early age, Drew always asked the question, “Why are some people more financially successful than others?” He dove headfirst into the newspapers he was delivering to learn what separates the best from the rest.

His curiosity continued through college while studying international business and finance. While working at DMK Skin Revision in the warehouse, he still asked the question, “Why are these individuals or companies out-performing the competition?” Studying abroad in Europe and Russia gave Drew a global perspective of working with culturally diverse groups. After college, he began a 10-year career in commercial banking, which gave him access to thousands of companies, again analyzing “What are the consistent principles of success for top performing businesses?”

In 2014, Drew rejoined DMK Skin Revision, bringing over a decade of experience in sales, training, and management. He is the vice president of education and sales and is responsible for spearheading DMK’s growth in the United States. He attributes this success to consistently identifying ways to add value to DMK’s clients and team every day.

After eight years in the professional skin revision industry and decades of studying and working with business owners, Drew concluded that poorness has nothing to do with income or revenues but with attitudes and mindset. Poor attitudes, thinking, and execution lead to poor outcomes. On the other hand, deliberate, designed, thoughtful, richly executed plans lead to rich outcomes.

“We all choose to be rich or poor several times a day,” Drew says. “I hate poor mindsets and attitudes. There is nothing I love more than to see the poor ways of thinking fall like scales from the eyes of a hard-working professional, clearing the way for their full potential.”

WHAT THEY’RE SAYING ABOUT DREW