The Power of Peptides 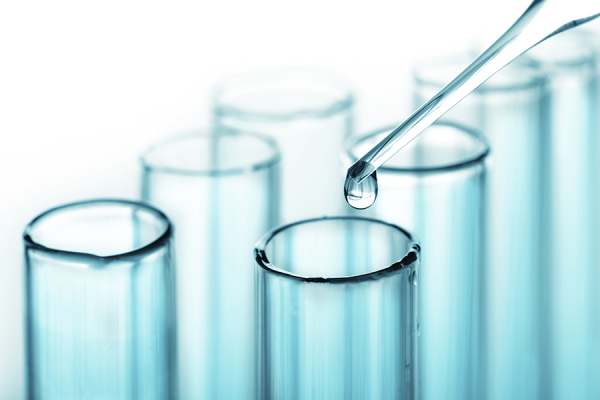 Peptides have been around for many years, but they have gained more attention as scientists are discovering new possibilities of cellular heath in areas such as cancer, bacteria communication and DNA.

Emil Fisher, noted as the father of peptide chemistry, was a German scientist and the 1902 recipient of the Nobel prize in chemistry. He influenced how people understand proteins by separating and identifying individual amino acids. He found new types of cyclic amino acids: proline and oxyproline. In 1907, he began to form chains of amino acids connecting to a bond which became a polypeptide1. This discovery laid the foundation for additional studies of amino acid structuring to form peptides.

Chemically speaking, peptides are amino acids that consist of a carbon atom bonded to an amino group (usually positive), a carboxyl group (usually negative), and a hydrogen atom. Every amino acid also has another atom, or group of atoms, bonded to the central atom known as the “R group”, which determines the identity of the amino acid2.

With 20 amino acids, there are endless possibilities for peptide formation and sequencing. For example, if only five amino acids were sequenced together, there is a possibility of 3,125 different messages that can be communicated to the cells.

Peptides are crucial to almost all biological actions in the body. Scientists now understand that cells do not like to grow in isolation. However, they thrive in a system of communication where there is a two-way connection between cells and organs. It is important to note that the body functions best at – and is always striving to achieve – homeostasis. Peptides provide a link to homeostasis with a network of communication that is very clear and specific to the cells and ultimately the entire body.

Each cell, tissue, and organ has a very specific task to perform in order to maintain optimal health of the body. One of the main purposes of peptides is to communicate very specific messages to the cells as they perform millions of tasks. This message has to be recognized and received by the desired receptor of the cell. In other words, it has to be bioavailable or recognizable by the cell.

This is similar to the process of verbal communication. A good example would be individual phone numbers as they are assigned to an individual. If a caller misdials just one number, it will be unrecognizable to the receiver and the message will not be received.

PEPTIDES IN THE TREATMENT ROOM

Skin is the body’s largest organ and has a very important responsibility. Its primary function is protection. It also regulates temperature, protects from the environment or harmful ultraviolet rays, acts as a barrier to microbes and viruses, prevents excess fluid loss, and protects against harmful diseases. Again, skin functions optimally in a state of homeostasis.

When cells advance through the stages of aging, there are visible results in the epidermis, specifically the stratum corneum. Peptides are able to target the growth (dermal) area of the skin, providing the missing link between damaged cells and the ability to supply messages, ultimately bringing the skin back to health or homeostasis. By providing messages or communication to the cells, the cells have an opportunity to become rejuvenated, eliminating the plateau or a threshold effect and essentially restoring the skin back to health and youthfulness internally.

Many possibilities include, but are not limited to: creating new collagen or elastin, modulating neurotransmitters for muscle tension, improving cellular turnover and metabolism, generating tissue repair, reducing inflammation, improving energy of the cell to improve cellular turnover, and bringing the skin back in balance. Understanding the functions of each layer of the dermis to the epidermis and how peptides communicate and influence the cells is exciting for endless and new possibilities that professionals can create with their clients. 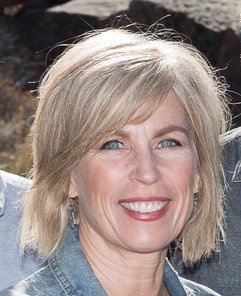 Susan Wade is a licensed aesthetician joining Viktoria De’Ann in 2015 as the director of education and sales after being in the health and education industry for over 18 years. She has a masters in higher education administration and enjoys sharing her wealth of knowledge with physicians, clinicians, and students nationwide. Wade has a diverse background beyond aesthetics as a college instructor in kinesiology and business; an owner of a successful sports conditioning business; and a nutrition coach. Her passion lies in understanding the complexities of physiology, nutrition, and biology and educating practitioners how to incorporate these areas to reach better solutions and successful results with their clients.