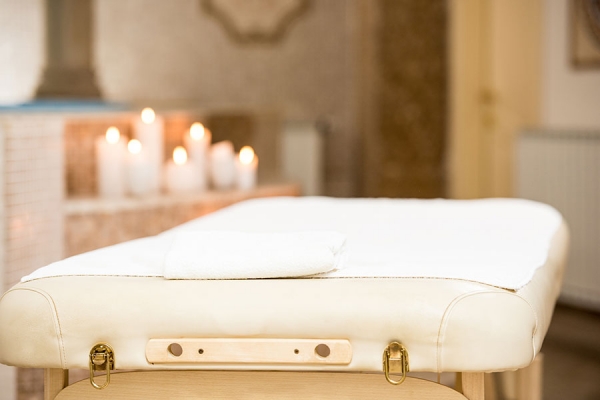 In the not too distant past, if a man propositioned a woman and it was unwelcome, she simply slapped him or told him to eat dirt or go somewhere else. Nowadays, people often go directly to their attorney when they feel there has been an improper suggestion in a business setting. A business setting includes a spa.

Sexual abuse claims are on the rise everywhere. What used to be handled privately now often plays out in social media. Claims can arise from interactions with clients and from employees.

Any service requiring removal of clothes can lead to allegations of sexual abuse. Massage service would be at the top of the list. The biggest problem still is when the masseuse and the client are different genders, however, we have seen same-sex harassment allegations. Be sure to give the client a chance to specify their preference for the provider’s gender. It is also best to background check all people, especially those offering massage. We have had claims where the masseuse had been sued for sexual harassment at another facility and, then, simply moved down the block to another spa where no background checks were done.

Spas who want to avoid problems of sexual abuse could consider various ways to control the situation. For example, it may be a good idea to have a room with a wall that does not go all the way to the ceiling, so others in the spa can hear if anything improper is said. A massage professional should leave the room while the client gets undressed and keep the client covered with a blanket throughout the procedure. For waxing procedures, talk the client through what you are going to do in an even and non-suggestive voice, so they have the opportunity to speak up if they are uncomfortable.

If there is an allegation of sexual abuse, handle it immediately. If it is just one person’s word against another, those are hard for the claimant to prove, but should still be taken seriously. Businesses are running into trouble now with social media when they do not immediately handle allegations. If the person being accused has received other complaints, a call to an attorney is in order about how to proceed during the investigation.

Spas offering any service that could lend itself to a problem should purchase sexual abuse coverage from the carrier writing the spa insurance. This endorsement should be affordable. In the event of an allegation, the spa owner has someone to call, perhaps avoiding the need to hire an attorney at considerable expense.

What usually is a worse problem are allegations of sexual abuse, harassment, or discrimination from an employee or independent contractor against another employee or the owner. These situations are more difficult to handle, especially if the person being accused has a supervisory role over the other person. The business owner must deal with the matter quickly by meeting with both parties and documenting these conversations. If, in fact, there is proof that there was harassment or abuse, steps must be taken to remedy this by either terminating the person or finding a way to resolve the situation to the satisfaction of the individual making the complaint.

The insurance to cover this situation is called Employment Practices Liability Insurance (EPLI). It covers a host of issues like work place harassment, wrongful termination, and discrimination. This is quite expensive compared to protecting against customer complaints. Some EPLI policies have exclusions for sexual abuse. Check to be sure that any policy you buy does not include this exclusion. If a problem or claim arises, it is easier to call an insurance company than hire an employment attorney.

Regardless of the precautions you take, you may not be able to stop these types of claims. However, here are some specific things to avoid.

We had a situation where the male receptionist in a spa made unwelcome suggestions to a male client, who then demanded that the spa owner provide free services for life.

It is never okay to suggest a client may receive a free service for sexual favors. This seems obvious, but it happens. We had a situation where an independent contractor in a spa suggested this to a client and the owner of the spa ended up buying the woman a car to make her not sue him.

In summary, have sound business practices and carry both sexual abuse coverage for clients and EPLI insurance for employee interactions.