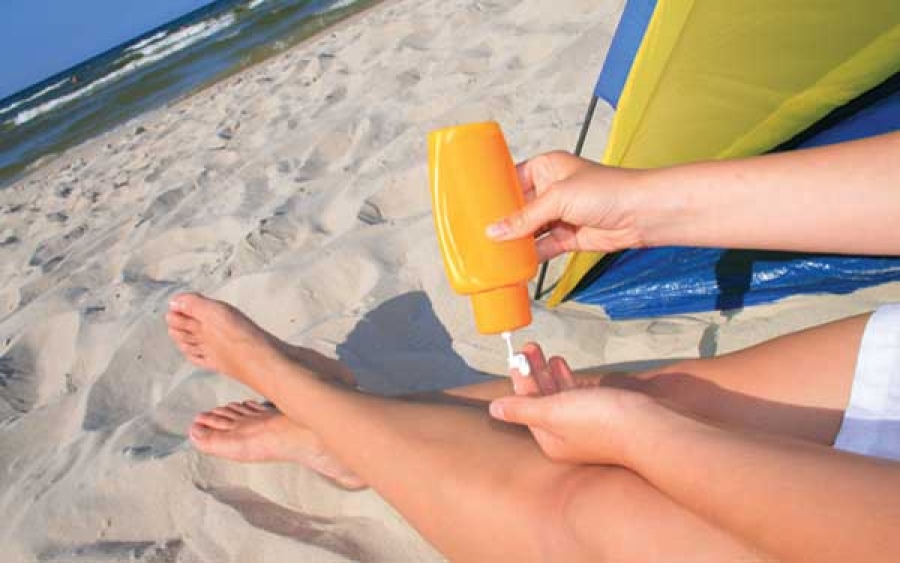 When the drug review began over 30 years ago, the focus was predominantly on UVB protection or sunburn protection. The recommendation was skin that was unprotected would cause skin cancer and premature aging. So, chemist began formulating sun blocks and sunscreens that touted an SPF (sun protection factor) claiming that by applying these solutions one could stay engaged in outdoor activities longer without damaging the skin. The American and the Skin Cancer Foundation have emphasized the best way to prevent skin cancer was to use sunscreens with a minimum of SPF 15. They also include the recommendation to wear clothing, hats, and sunglasses for added protection.

FDA further mandated that to protect the consumers and to ensure their safety, UVA should be addressed as well. To promote efficacy of products they devised a UVA rating system. It is called the Four-Star System. Under the proposed regulation, a UVA star rating would be prominently displayed on sunscreen labels, near the SPF rating.

If a sunscreen product does not rate at least one star, FDA proposed that labeling bear a “no UVA protection” marking on the front label, near the SPF value. FDA also amended its existing 1999 rule to increase the SPF from SPF 30+ to SPF 50+. Previously, FDA had recognized SPF values up to 30+. In addition they are allowing for new combinations of active ingredients. Research released in the 21st century reveals that in hindsight focusing on the effects of UVA and UVB may fall short in protecting the consumer. The use of sunscreen chemicals may be increasing the incidence of cancer and that sunlight exposure may actually decrease human cancer rates and improve your health. In this article, I would like to present a fresh perspective on detection, prevention, and a responsible approach to protect the skin from injury and premature aging, while considering the effects on the whole body and establishing a platform for further investigation.

In the 1970s, Howard Maibach warned that up to 35 percent of sunscreen applied to the skin could pass through the skin and enter the bloodstream but this had little effect on sunscreen promotion or safety testing.1 The longer sunscreen chemicals are left on the skin, the greater the absorption into the body.2

Free Radical Generators
It is not that these compounds were ever viewed as benign substances. Organic chemists have been aware of the dangers of compounds in chemical sunscreens for years.
Chemicals are widely used to start free radical reactions during chemical synthesis. For instance Benzophenone is activated by ultraviolet light energy that breaks benzophenone’s double bond to produce two free radical sites. The free radicals then react with other molecules and produce damage to the fats, proteins, and DNA of the cells – the types of damage that produce skin aging and the development
of cancer.
Currently, the FDA approves avobenzone as a safe and effective active ingredient and is one of the suggested UVA blockers. Avobenzone, which is a chemical easily absorbed through the epidermis absorbs ultraviolet radiation energy. Since it cannot destroy this energy, it has to convert the light energy into chemical energy, which is normally released as free radicals.

Researchers at Harvard Medical School discovered that psoralen a psoriasis medication, is an ultraviolet light-activated, free radical generator that is chemically similar to sunscreens and is an extremely efficient carcinogen. They found that the rate of squamous cell carcinoma among patients with psoriasis, who had been repeatedly treated with UVA light after a topical application of psoralen, was 83 times higher than among the general population 3

Skin’s Natural Defense
Investigation into skin’s natural ability to defend itself reveals startling changes that should be considered when adding synthetics to aid in protection. Skin acts as a durable exterior barrier that provides light protection, prevents bacterial invasion, waterproofing, and protection from abrasion and injury. It is the first line of defense for the body. Within this system of defense lie five mechanisms that provide specific protection.
1st – Sebum – The chemical constituents of sebum provide antimicrobial properties warding off bacteria and pathogens from harming internal organs and tissue. It also prevents absorption of unwanted and potentially dangerous chemicals. Sebum has nutritional value, which helps in protection of cell structure and growth.
2nd – Stratum Corneum – The second line of defense
is characterized as an intercellular cementing of fibers formed from the dead, cornified cells that acts as armor
to shield bacteria and pathogens from injuring underlying living cells. It also prohibits certain chemicals from penetration.
3rd – Hair – The key role of hair is to provide protection against heat loss. Since hair is also cuticle like the keratinized cells of the stratum corneum, it too acts as armor to diffuse penetration of irritants and pathogens. Hair supports the excretion of waste and toxins and is vehicle for transporting sebum to the surface of the skin.
4th – Immunology – The Langerhan cells play an active role in immunity through immunological surveillance. They are found in the stratum granulosum and the stratum spinosum. If pathogens make it past the first three lines of defense, the skin’s immune system kicks in by producing antibodies to diffuse bacteria.
5th – Melanin – is a stable molecule, which absorbs harmful UV-radiation and transforms the energy into harmless amounts of heat. This property enables melanin to dissipate more than 99.9 percent of the absorbed UV radiation as heat and it keeps the generation of free radicals at a minimum.
A major aspect of the innate immune defense system against invading pathogens involves melanin. Within minutes after infection, the microbe is encapsulated within melanin (melanization), and the generation of free radical byproducts during the formation of this capsule is thought to aid in their destruction.
Skin treatments have become mechanical and chemically bloated, forcing these systems of defense to shift into high
gear. People are experiencing an increase in hair growth, oiliness, flakiness, hyperpigmentation, and inflammation. These are all indications that skin perceives itself as vulnerable, exposed, and defenseless. Pollutants, not managing stress, medication, sleep deprivation, and poor diet also affect the degradation of skin’s integrity.

Individuals misusing medical procedures to rejuvenate the skin have broken skin defense. As we explore responsible measures for sun protection, considering the integrity of skin is paramount. Focusing on sun exposure should include insuring skin does not lose it’s ability to defend.

Recommended Sun Protection
Here are recommendations for a holistic approach for prevention and protection:

The “ABCDE” rule can help you look for signs of skin cancer. When you look at moles on your skin, look for the following:

ABCDE Rule
A for asymmetry: A mole that, when divided in half, doesn’t look the same on both sides
B for border: A mole with edges that are blurry or jagged
C for color: Changes in the color of a mole, including darkening, spread of color, loss of color, or the appearance of multiple colors such as blue, red, white, pink, purple or gray
D for diameter: A mole larger than 1/4 inch in diameter (about the size of a pencil eraser)
E for elevation: A mole that is raised above the skin and has a rough surface

You should also watch for the following skin changes:

When providing skin treatments, if you notice a mole that has changed, or if a new mole doesn’t look like other moles, encourage your client to visit their doctor. Skin cancer can be treated successfully if it’s treated early. Ask them if the growth is new and/or how long it has been there. Explain that you are not qualified to diagnose the growth, but would recommend that they have a doctor evaluate their skin.
There is still much to investigate regarding skin cancer and healthy choices for prevention and protection. Be sure the information you are provided is evidence-based. It is essential to keep informed on this subject as scientists from all areas are continually researching the safest way to protect our skin and stay cancer free.

Anne Willis has been part of the aesthetic industry for more than 30 years. She offers premier educational programs and customized training to schools and spas and is CEO of De La Terre Skincare. Her programs are taught throughout the country delivering innovative solutions and quality support. The highest standard for education insures maximum success for your staff and the facility. 828-230-5125, This email address is being protected from spambots. You need JavaScript enabled to view it., www.anncwillis.com 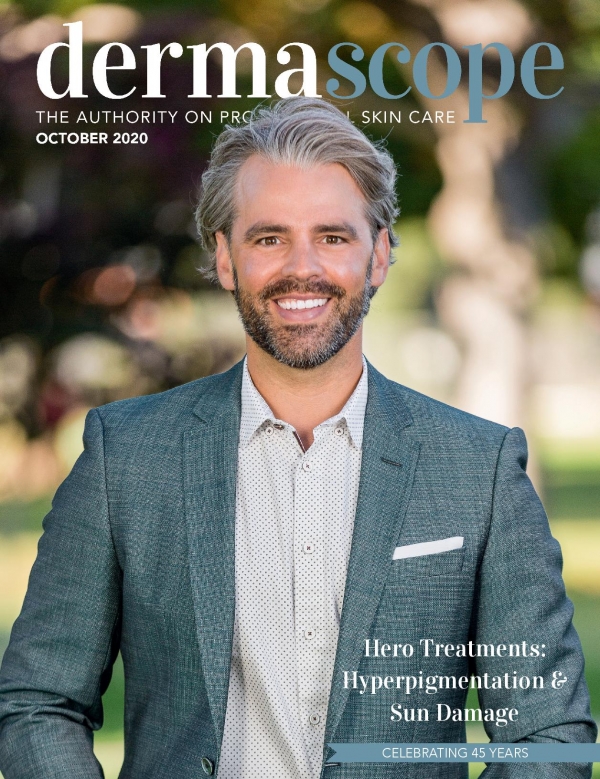 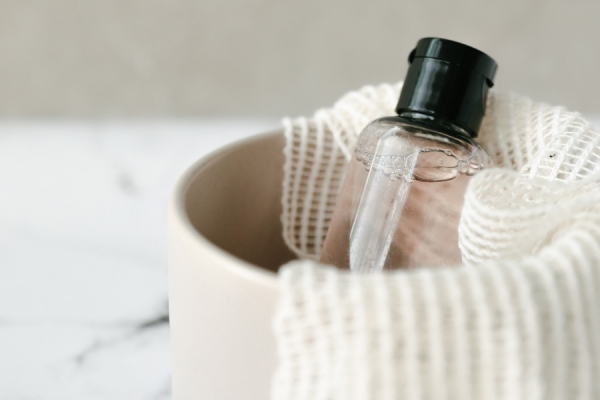 Keeping Up Overall Cleanliness Throughout the Spa

LED for The Massage Therapist

Is Self-Care Selfish or Necessary?