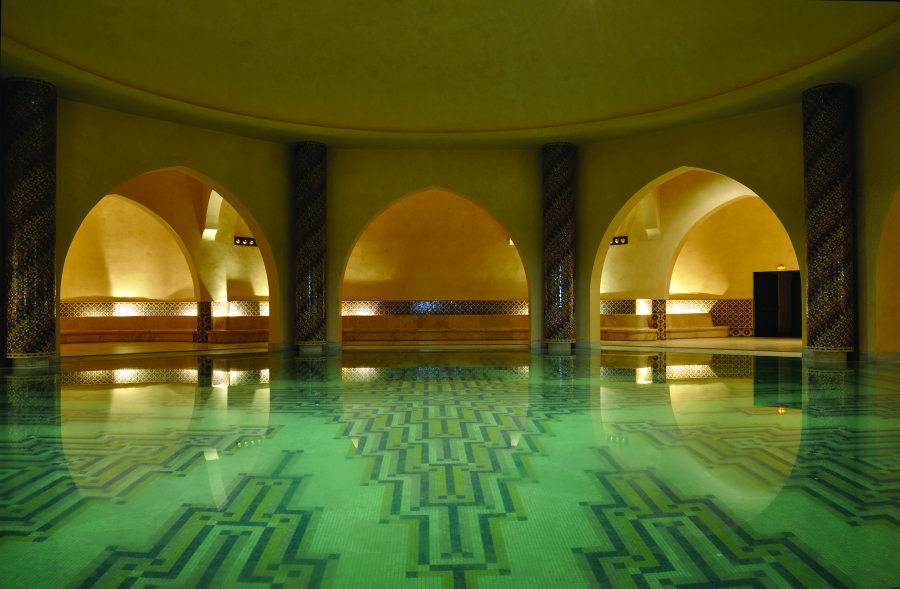 Bathed by the shores of the Mediterranean Sea and the Atlantic Ocean in the west lies Morocco, a country wed by culture and beauty. Slightly larger than the state of California, this small North African country is diverse in terrain – from salty water boundaries and the sand dunes in the Western Sahara Desert to an array of elevated mountains that peak thousands of feet high above sea level. Throughout the years, many conquerors have tried to stake claim into its natural resources and ideal location, but each was only able to leave a mark of influence. It is this historical fusion of cultures that have made Morocco a leading force in the beauty and wellness industry.

A curator of self-care, Morocco’s Islamic culture has woven intrinsic values with extrinsic practices. Keeping one’s mind, body, and soul balanced internally blends well with purifying and cleansing oneself externally. During the rule of the Roman empire over 2,000 years ago, Roman baths were built throughout Morocco for hygienic purposes. These baths were for public use and were a way to assist in the sanitary health of the communities. Morocco inherited these Roman baths when the Romans left and customized them to conform to their Islamic beliefs of purity; thus, the conception of the hammam was born.

Purposeful and deliberate with their intent of use with the Roman ideology of healthy hygienic exercises, a cleansing ritual treatment was created to purify the body and mind before entering the neighboring mosques for ceremonial prayers. Specific ingredients were selected for this cleansing ritual as well as a specific protocol in which these products were to be performed.

Amra Lear is a licensed massage therapist and aesthetician, NCBTMB provider, and trainer and co-creator of world-renowned treatments such as the Nobu Go. She recently relocated to Pallavi Luxury Spa in Clearwater, Florida after spending the last 22 years of her career on the Las Vegas strip at two prestigious spas. As a spa spokesperson, she has appeared internationally on various media platforms, sharing her knowledge on spa treatments and wellness.