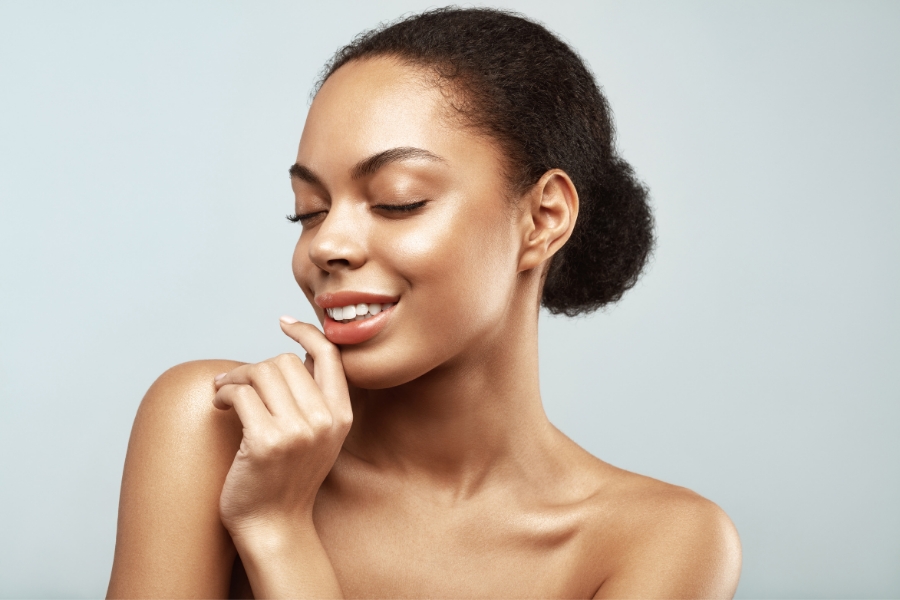 It is well known that LED therapy using light energy in the blue light range of the electro-magnetic spectrum (400 nanometersto 500 nanometers) is very effective in treating mild to moderate acne vulgaris.When P.acnes bacteria is exposed to blue light energy, a photo-toxic event is created, resulting in the death of the bacteria.Specifically, LED systems utilizes the mechanism of endogenous photodynamic therapy where bacterial porphyrins, which are produced as part of the normal metabolism of P. acnes, act as natural photosensitizers. When they absorb light, preferably wavelengths in the blue and red-light range, the resultant photodynamic reaction produces singlet oxygen species and reactive free radicals, which destroy the bacteria themselves.Essentially, the P. acne bacteria commits suicide.

Nevertheless, it seems like every aesthetics journal has an article about blue light and the detrimental effects of over exposure to blue light.The common thread in these articles seems to be the increased exposure people are receiving from consumer electronics such as laptop computers, tablets, and smart phones.In one such article, it is reported that six hours of daily electronics use is equivalent to 25 minutes of unprotected mid-day sun.The driving motivation in most of these articles seems to be the promotion, and in some cases, the outright commercialization of topically applied products that protect against blue light.Unfortunately, LED light therapy is left impugned by these articles as there is no real distinction discussed regarding the differences between the blue light used in aesthetics as compared to consumer electronics and direct sun light.

Today, LED devices that have robust regulatory credentials like the Food and Drug Administration and more for treating acne emit blue light in the range of 415 nanometers to 465 nanometers.The first generation of LED device that came to market 15 to 20 years ago used 415 nanometers blue light energy because this wavelength was very well known in the photo-activation of topically applied products like Levulan Kerastick.415 nanometers is also at the peak of the light energy absorption curve, making it very predictable and effective in triggering photo-sensitive substances.

However, shorter wavelengths in the blue range of light energy, closer to the ultra-violet range and specifically 415 nanometers, have been shown in clinical studies to increase the likelihood of triggering hyperpigmentation.The fundamental mechanism of action seems to be that light energy directly targets melanocytes in the skin to stimulate melanogenesis pathways.On these rare occasions, the darker the skin, the more severe and the more long-lasting the hyperpigmentation, particularly with Fitzpatrick type III and IV skin types.Nevertheless, the hyperpigmentation is transient and typically resolves in two weeks to two months.

The depth of penetration is similar to the longer the wavelength of light energy, the less severe and shorter lasting the hyperpigmentation.Clinical studies indicate that the possible triggering of hyperpigmentation decreases rapidly in wavelengths longer than 465 nanometers.Accordingly, skin care professionals and their clients may be better served by the use of LED devices that emit blue light energy closer to 465 nanometers, which is clinical proven to be both effective in treating acne vulgaris but less likely to trigger hyperpigmentation.

More importantly, the fluence, or amount energy available for absorption, seem to be the key factor in triggering hyperpigmentation and other skin damage.The biphasic dose response curve in low-level light therapy shows that desirable cellular activation takes place when twoto 10 joules per centimeter squared of light energy is available for absorption.Above 10 joules per centimeter squared, too much energy is being delivered, potentially triggering undesirable oxidative events.

In several of these articles on the risks of blue light exposure, researchers are evaluating fluence levels 45 to 300 joules per centimeter squared, orders of magnitude greater than that received in a 30-minute LED light therapy treatment.In fact, blue light exposure in the range of that produced by LED light therapy devices is shown to not trigger hyperpigmentation or other skin damage.

While it may be the case that all of these articles are written to inform and protect consumers from the detrimental effects of too much blue light exposure, particularly from consumer electronics, it is equally important to note that these articles and studies, given the substantially different technical parameters of the devices in the studies, do not apply to LED light therapy devices that carry robust regulatory credentials and are used successfully by skin care professionals around the world.

Pam Cushing is a registered nurse with over 35 years of experience in emergency medicine. She has worked in the field of aesthetics for over 15 years, full-time for the last five years. Cushing holds a degree at the master’s level, with commendation, as well as a post-graduate diploma in aesthetic medicine, with merit.Sheis an independent nurse prescriber in the United Kingdom. Cushing is a consultant educator for a couple of companies educating in injectables, skin resurfacing and chemical peel, microneedling, and LED. She thrives on being able to educate, motivate, and encourage others to grow and develop professionally. She is passionate about skin and the benefits of aesthetics in improving the confidence and quality of lives. Cushing believes our key role is to educate the consumer on appropriate treatment modalities with the focus on maintaining skin health.

Published in The LED Playbook
Login to post comments
back to top
How to resolve AdBlock issue?
X 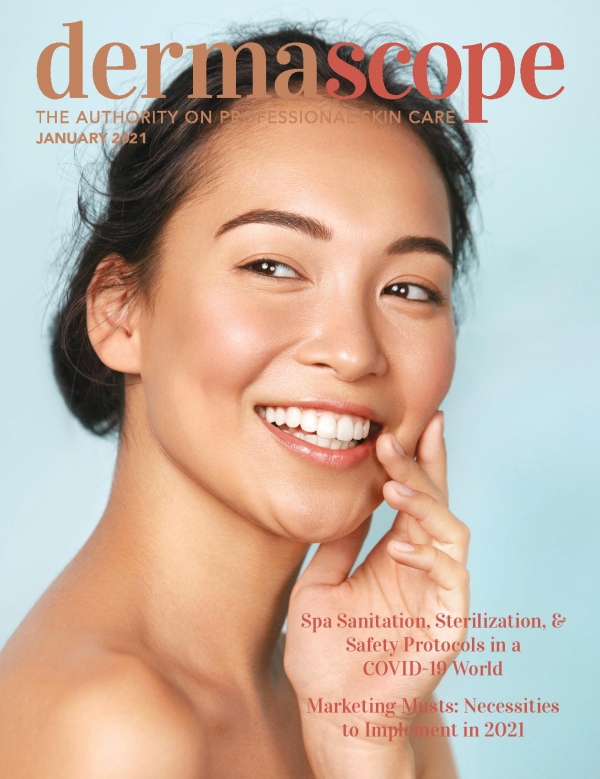 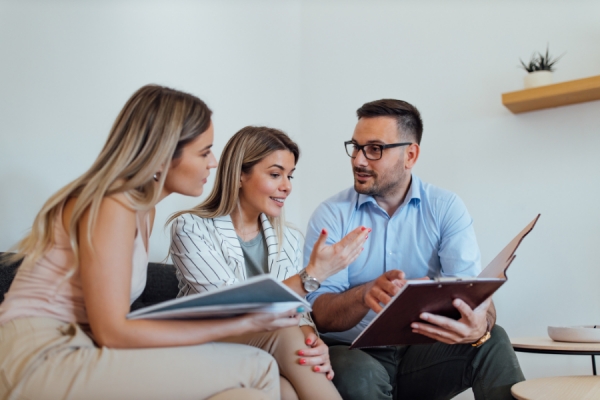 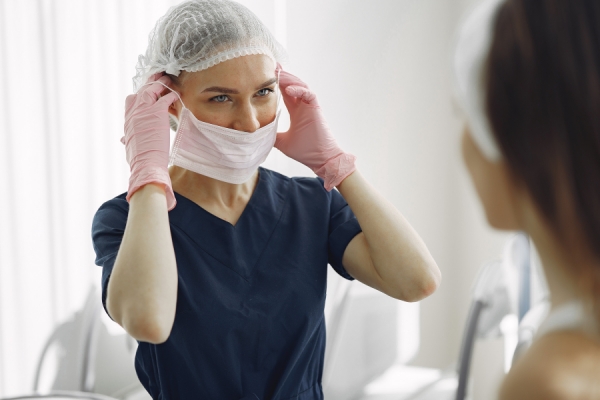 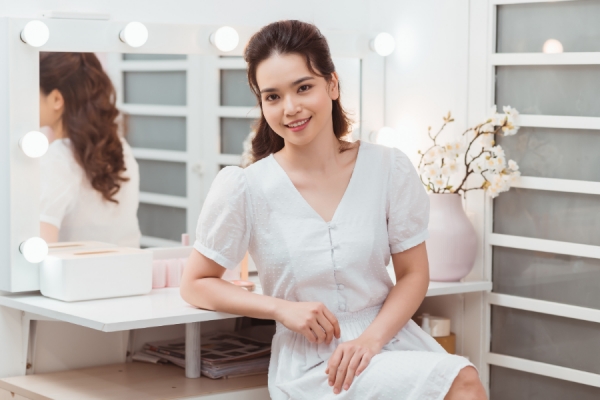 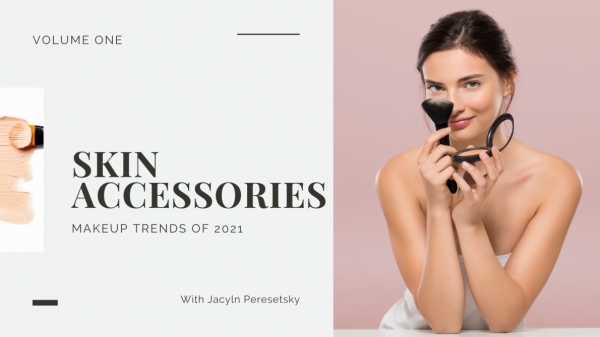