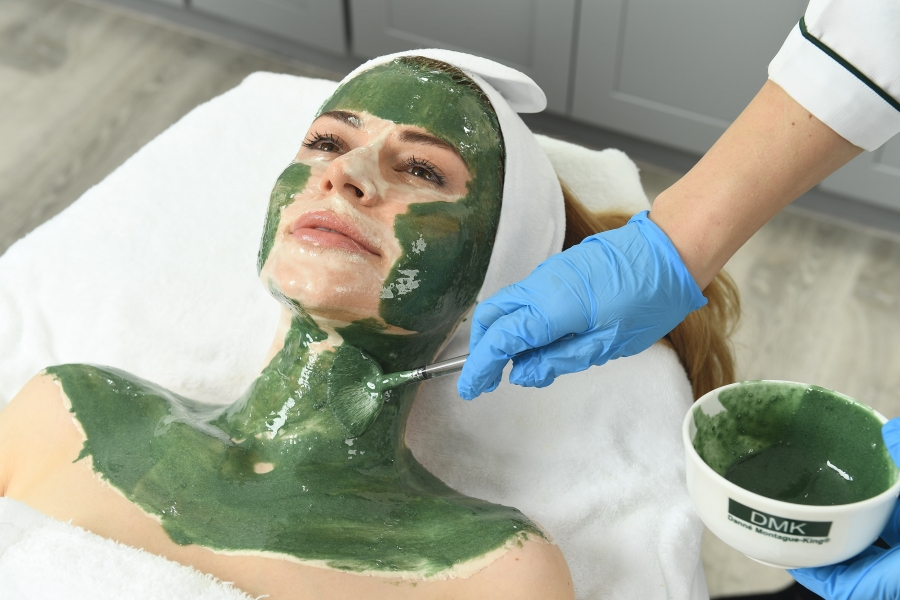 Muscle banding is a term Danné Montague-King came up with in the 1970s when he was researching how to strengthen facial muscles through isometric exercise response. He was looking for a better option that did not require a tedious 45-minute daily exercise to target all 57 muscles of the face and neck.

He discovered holding the vertical, horizontal, and lateral muscles in stasis for approximately 45 minutes three to four times a month with professionally applied enzymatic-based treatments, predictably, helped build muscle tissue that is maintainable for extended periods of time.

While results varied from client to client over the years, at time the results were so dramatic that even plastic surgeons were stunned. Many medical professionals accused Montague-King of airbrushing or Photoshopping the after photos in clinical trials. This continued until they tried to treatments themselves. While visiting Montague-King at his Beverly Hills spa, one prominent surgeon from New Zealand was skeptical, at which point Montague-King insisted he try an enzymatic treatment. Afterward the good doctor looked in the mirror and explained, “I always thought skin and muscles have DNA memory, and this proves it. We are putting these treatments into my practice as soon as possible.”

During the slightly confining 45-minute duration, the client feels pseudo-heat sinking into the skin. These thermogenic effects deepen the action and starts capillary dilation, which can not only flush clogged capillaries, which can appear to be broken, but also sets reverse osmosis into action. This whisks toxins and other effluvia from the site of skin cells, leaving behind a nice, clean matrix. A subtle pulsing will also be felt – it is the rest phase between the pulses that build the cells in the muscle.

Banding comes from applying strong bands of enzymatic material to clients whose skin is just starting to sag in certain areas, including nasal labial, mandibles, underjaw areas, so forth. A full-face application is recommended for seniors aging all over the face and neck.