Why Don’t Men Use Sunscreen? 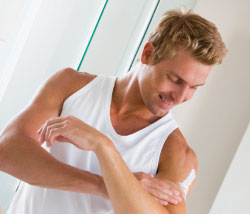 MenScience Androceuticals published proprietary research that shows men often choose vanity over the health of their skin. MenScience conducted a poll of 167 men, ages 20 to 55, and asked them about their sunscreen usage. While most men agreed that sunscreen was necessary (90 percent of respondents) and regret not using it in the past (57 percent of respondents), less than half of the men polled actually used a sunscreen daily. One-third of men did not use a sunscreen because they preferred to look tan, even if it caused skin problems later on in life. Almost half of the men did not wear sunscreen because they did not like the way it felt. 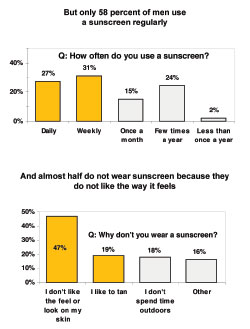