New research reports a high prevalence of vitamin D insufficiency and deficiency among patients with psoriatic arthritis. Seasonal variation in vitamin D levels was not observed in patients in southern or northern locations. The findings published in Arthritis Care & Research also show no association between disease activity and vitamin D level.

Psoriasis is a common chronic skin disorder, likely caused by an autoimmune response, and is characterized by red scaly patches on the surface of the skin. When accompanied by inflammatory arthritis the condition is known as psoriatic arthritis (PsA) – a disease gaining public attention with the recent diagnosis of professional golfer, Phil Mickelson. Studies suggest that psoriasis occurs in up to three percent of the world population and roughly one third of these patients have PsA with prevalence estimates ranging from six to 42 percent.

According to Dafna Gladman, M.D., FRCPC, director of the University of Toronto Psoriatic Arthritis Clinic in Canada, vitamin D deficiency is a widespread concern and it is more common to see individuals living in Northern regions with a deficiency in vitamin D than in those who reside in Southern areas. Medical evidence shows that vitamin D deficiency is more common in individuals living at higher latitudes during the winter, suggesting the deficiency is a result of reduced sun exposure. Furthermore, several studies have reported reduced levels of vitamin D in patients with autoimmune diseases such as rheumatoid arthritis, systemic lupus erythematosus, and scleroderma.

The Canadian and Israeli teams set out to determine the prevalence of vitamin D deficiency in PsA patients, seasonal and geographical variants, and associations with disease activity by evaluating 302 patients with PsA from March to August 2009. There were 258 patients evaluated during the winter and 214 patients during the summer. This cross-sectional study was conducted at two geographically diverse locations; the arthritis clinic in Toronto, Canada was designated the northern site and medical centers in Haifa, Israel were selected for their subtropical southern location. 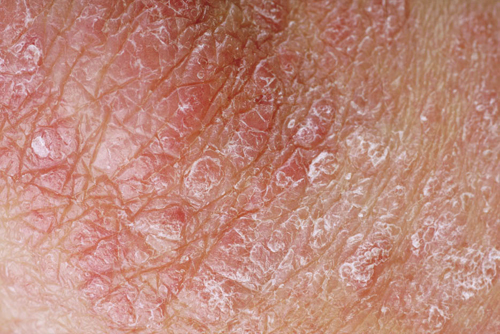 Differences in patient vitamin D levels regarding seasonal or geographical variations were not statistically significant. Levels of vitamin D were not found to affect disease activity in PsA patients. However, Gladman points out that additional research is needed to determine if PsA patients require a greater vitamin D intake to maintain healthy levels than that recommended for the general population.