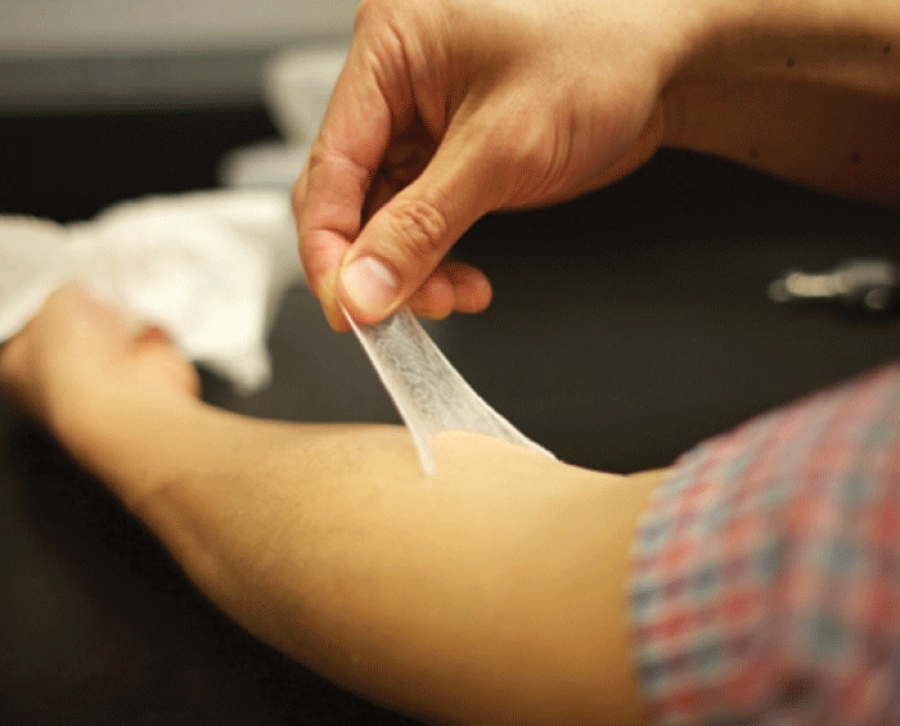 Agroup of scientists from the Cambridge, Massachusetts area have created a silicone-based polymer that has temporary anti-aging and protective properties. This polymer has characteristics that are very similar to the skin and is a network arrangement of a polymer that is known as cross-linked polymer layer (XPL). XPL has been shown to have tightening and moisturizing properties and may also be beneficial for the treatment of certain skin conditions such as dermatitis and eczema.

Robert Langer, the David H. Koch Institute Professor at MIT, stated to MIT News that when it came to selecting the polymer for XPL, the process was lengthy and specific traits were required: "It has to have the right optical properties, otherwise it won't look good, and it has to have the right mechanical properties, otherwise it won't have the right strength and it won't perform correctly." In comparison to two commonly used wound dressings, silicone gel sheets and polyurethane film, XPL's elasticity has proven to be superior. When compared to the skin, which can be extended by approximately 180 percent, XPL easily returns to its original state after being stretched more than 250 percent.

XPL has tightening properties that became evident after it was applied to under-eye bags; the polymer provided a compression-like effect that tightened the skin and reduced the appearance of the under-eye bags for approximately 24 hours. In relation to moisture retention, the report showed that skin treated with XPL "suffered much less water loss than skin treated with a high-end commercial moisturizer. Skin coated with petrolatum was as effective as XPL in tests done two hours after treatment, but, after 24 hours, skin treated with XPL had retained much more water."