Does Dairy Wreak Havoc on the Skin? 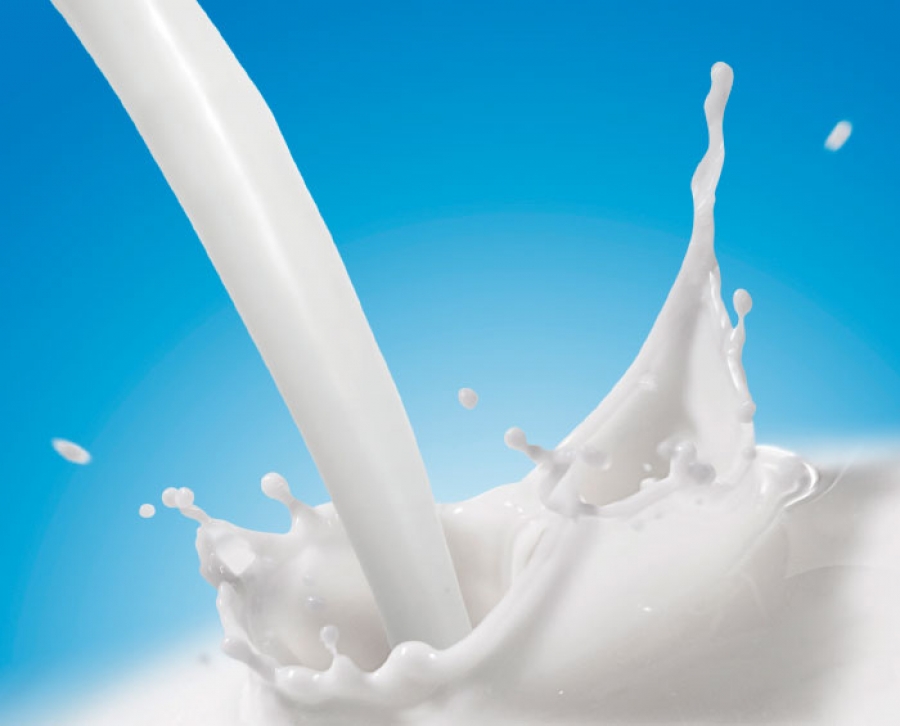 The old adage "You are what you eat," has been reiterated throughout most people's lifetimes. While most understand the idea that eating organic and healthy foods correlate to optimal health and weight, many people are still uncertain if diet is in fact correlated with clear and healthy skin.

Many dermatologists believe that the food people consume on a daily basis has no effect on their skin because they feel that there is a lack of scientific evidence stating otherwise. However, it is important to note two points before moving forward.

First, many eastern medicine practitioners, nutritionists, and naturopathic doctors feel differently on this subject matter, so there is a large medical community that feels that diet and acne are correlated. Secondly, there have been numerous clinical studies conducted on the subject matter and they have found a direct correlation between acne in patients that consumed a daily intake of dairy, as well as those that have a diet that is high in glycemic index. In short, there is enough evidence to back up the old idea that the food people eat affect the health and quality of their skin, not just their bodies.

Skin is the body's largest organ and it performs a multitude of duties, such as acting as a protective shield and aiding in the detoxifying process. In fact, it is the main organ responsible for the elimination of toxins in the body. The big question when it comes to diet and skin is: does dairy, particularly the consumption of milk, have any correlation to the outbreak of acne? The answer is yes. In fact, one key study, known as Nurse's Health Study, which studied the health habits of 47,000 nurses, found that those that drank an increased amount of milk as teenagers had much higher rates of severe acne than those that did not. This study also noted that those that consumed skim milk had the highest rate of acne, particularly cystic acne.

What in dairy is actually causing the acne? In short, there are many reasons as to why dairy increases the eruption of acne lesions in some individuals, the most profound being that when it comes to cow's milk, it is a hormone machine. Milk is loaded with over 60 different hormones; not even hormone-free milk is in the clear. Not only does cow's milk contain its own hormones, but drinking milk also sends the body into overdrive by increasing production of insulin by 300 percent. With an increase of insulin production, there comes an increase of hormones within the body as well. When insulin spikes, it creates added sex hormones. These hormones are then released and circulate through the bloodstream and into the body, which shows up as pimples on the skin. One such hormone, known as IGF-1, is known to stimulate pimples in the follicle of the skin. These hormones are also known to increase inflammation within the body, as well as stimulate male hormones within bodily systems, including androgen and testosterone. 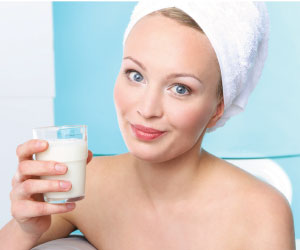 Acne is an inflammation condition of the follicle, therefore, consuming a diet high in inflammation will exacerbate acne in individuals prone to it. There is also evidence that everyone is lactose intolerant. No human is meant to be able to properly break down and digest lactose. While everyone is intolerant of the hormone, some people are more sensitive to it than others, including acne-prone patients. Many food allergies and sensitives crop up as skin conditions, including acne. Ingesting dairy is the perfect storm of inflammation, pus, and hormones within the body. As a result, there is an attack on the digestive tract and, eventually, leaky gut syndrome, irritable bowel syndrome, and a plethora of other stomach-related issues. Those in the health and nutrition industry know the importance of gut health and how it translates to overall health within the body. In fact, the gut is responsible for at least 70 percent of the immune system. The gut is also where a majority of serotonin levels live. The gut has both good and bad bacteria, but the good bacteria should always outweigh the bad bacteria. However, because of American's western lifestyle, overly abundant antibiotic use, and high glycemic diets, the gut is constantly under attack, leading to an overabundance of bad bacteria and little-to-no good bacteria. The gut is the center for overall health and when it is under attack the immune systems is under fire and people find that they are constantly sick, tired, and suffering from mental health issues. This constant attack from inflammation creates holes within the digestive lining and then foreign substances and invaders are able to escape and leak out into our bloodstream, thus referring to the term leaky gut syndrome. Once these hormones and foreign invaders get into the bloodstream, not only does it cause mood disorders, sicknesses, and other issues, but it also leads to skin irritations and disorders, such as acne and eczema. Consuming a diet in high glycemic index foods, sugar, and dairy is putting the body under a constant state of stress and inflammation. Stress also has a huge impact on the formation of acne because stress also triggers an increase in insulin and hormone production.

There are various clinical studies, scientific evidence, and personal testimonials to show the correlation between diet and acne. In particular, a correlation between dairy consumption and the formation and severity of acne. It is important to understand these connections as skin care professionals considering acne is the most common skin condition Americans face. The more professionals understand about this skin condition and its triggers, the better they can help their clients get control over their acne and living healthy and happy lives.