Written by   Suzanne Whigham, L.E., owner of Fountain of You Aesthetics 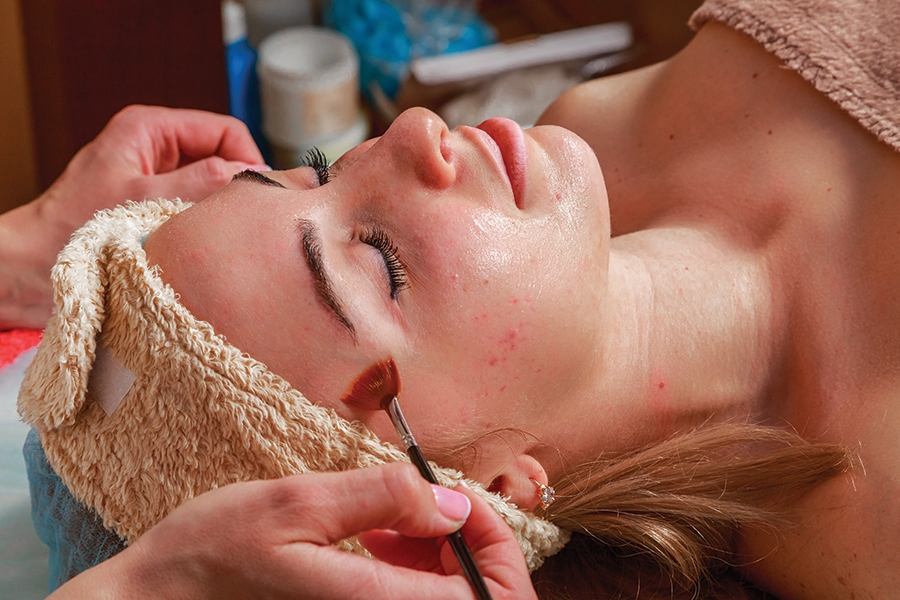 While scars were once paraded as a badge of courage, men and women alike are becoming more diligent in minimizing the textural malformity left behind after surgical intervention.

Every time the skin is cut, it leaves a scar. And, while a surgeon strives to leave as seamless a mark as possible, several factors wholly influence the degree of disfigurement. Patient participation in aftercare is paramount to the wound healing process. Thoroughly following post-care instructions, the patient should practice vigilance with sun protection and any complications to the incision area should be promptly addressed. Advanced techniques – which offer a multi-dimensional approach by utilizing a combination of modules – facilitate rapid healing of post-operation wounds and have proven effective in rejuvenating older, established scars.

Chemical peels are a relatively inexpensive option used to improve the appearance of mild, superficial scarring and work to smooth depressed scars. While cost-effective and successful in treating fine lines, wrinkles, and acne, a chemical peel is not successful at removing deep scars. Similarly, microneedling, which has shown recent gains in popularity, provides satisfactory results for refining skin texture marred by acne, but is also not effective in the treatment of larger surgical scars.

A highly effective module of treatment, lasers rank as the heavy hitters of scar revision. Laser skin resurfacing can effectively be paired with other procedures, such as chemical peels, to provide dramatic improvement to the appearance of scars, particularly those resulting from facial burns.

Best utilized for thick scars, ablative laser treatments are highly effective and often require fewer sessions before seeing results than other modalities. However, ablative fractional resurfacing comes with more risks and downtime in comparison to other devices. The healing time is longer – generally around one to two weeks, during which proper wound care is vital. This type of treatment can also be combined with injections for maximum results.

Safe to use on all skin types, non-ablative laser treatments, such as IPL, induce microscopic areas of injury in the skin, allowing for new collagen formation, which in turn has the effect of softening and flattening raised scars over time and allowing for indented scars to fill in. In addition, there are injectable substances such as collagen, hyaluronic acid, and fat that can be used in the treatment of indented soft scars.

The fractional CO2 laser has less downtime and less risk than its predecessor, the fully ablative CO2 laser. The fractional CO2 uses the same technology as the original and is highly effective in treating traumatic burn scars on both the face and body. CO2 fractional lasers have been shown to be a safe and effective option for the treatment of surgical scars.

Pulsed dye laser (PDL) is a modality which utilizes yellow light to effectively remove redness from and around a scar and flatten raised scars with a combination of injections. Multiple treatments are required for best results.

Both PDL and fractional CO2 can be used synergistically for the improvement of hypertrophic and keloid scars, decreasing redness and thickness while also improving texture and camouflaging scar lines.

Accepting the ghosts of a surgical past is no longer a burden patients have to bear. Modern advances in skin care have provided a multitude of options designed to address surgical scarring. Deciding which modality of treatment to proceed with will vary depending on personal preference, cost, and other factors. A clinician should take into account the patient’s history, lifestyle, and the severity of the scar in selecting a proper plan of care that will optimize patient satisfaction.