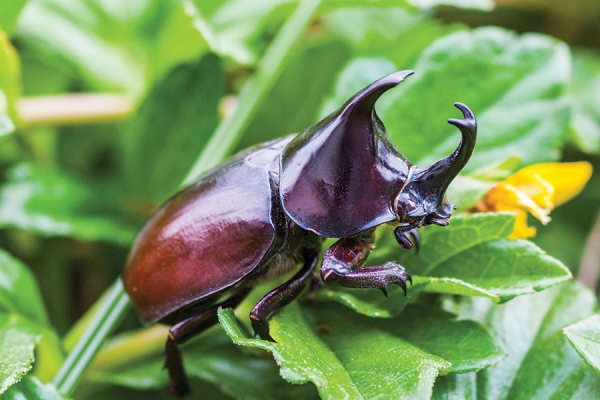 Ever wonder about bugs intentionally put in food? When food is colored red, it could be synthetic, dye-like, cold, tar sludge or the colorant could be from the cochineal bugs. When crushed and water is added to the bug powder, the result is a scarlet red dye. On the packaging of certain cosmetics and red-shaded foods, this special, red base colorant is often seen as carmine, carminic acid, “Natural Red 4,” “Crimson Lake,” or cochineal extract (literally bug juice).

Natural, renewable, and nontoxic crushed beetles have been used as a fabric and face dye colorant in South America and Mexico for centuries, since before the Spanish conquest of the area in the 15th century. Use of the deep, scarlet, red dye, derived from the cochineal beetle, was spread around the world. This parasitic insect, known to the common person as the cochineal beetle, (scientifically referred to as Dactylopius Coccus) generates an enviable and richly-colored red pigment from the crushed female gender of this cochineal insect. It takes many of these tiny insects – in fact, 70,000 beetles must be killed – to produce one pound of the red dye.

Following harvesting, the production of the colorant and depth of the color depends on accurate weighing out of the dehydrated cochineal, as it is ground to a fine powder and mixed with water to produce the desired carmine red color. This crimson color is initially revealed as it is ground and becomes robustly vibrant when liquid is added. Natives to authentic cochineal beetle harvesting have experimented with adding other citrus fruit juices and plant extracts to lighten the depth of the red color, resulting in a broadly customizable color palette of pinks and reds, which is not only used in cosmetics and shampoos, but is also seen on the ingredient list of food products, as well, such as red apple sauce, wine, ice cream, yogurt, red lollipops, and as a food coloring, in general. Because any naturally-derived ingredient can cause sensitivities, just as synthetic ones can, there is potential for allergic reactions, but not enough to be categorized as a health concern of the ingredient. If a consumer is concerned about the use of once living creatures in the production of the colorant, there are somewhat equivalent alternatives, such as beet juice with no known toxicity, and alkanet root, which is from the root of the tree of the same name. Both are used in cosmetic powders, foods, and beverage products, such as wine and lip balm.