How to Treat Scar Tissue 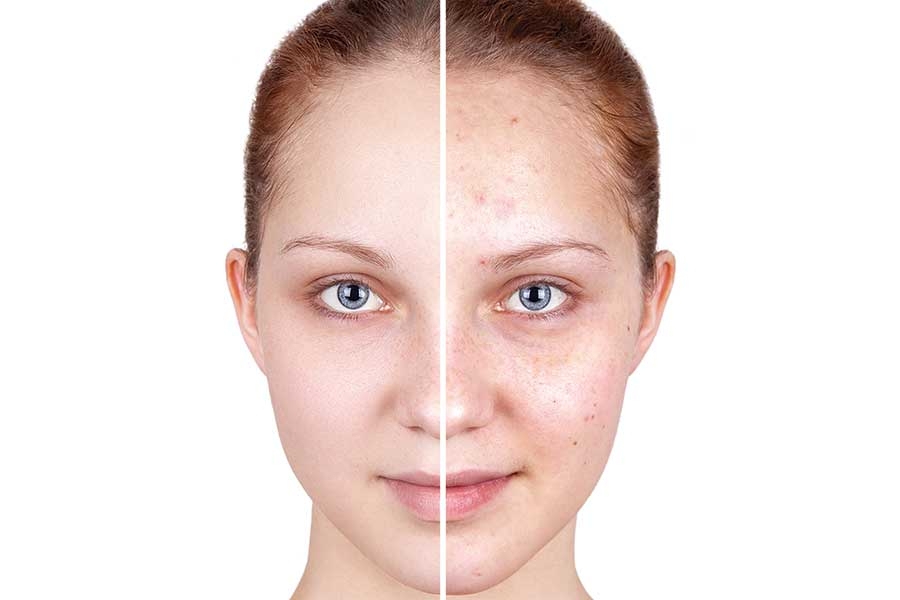 Just about every client who walks into a spa has a scar. Scar tissue remodeling is a very desired service in the industry and manual manipulation is well within the aesthetician’s scope of practice, but most people are intimidated or not sure how to do it.

WHAT ARE SCARS?
Scars are areas of fibrous tissue (fibrosis) that develop in the dermis, which is comprised of 70% collagen. This fibrous tissue forms when normal tissue is destroyed by disease, injury, cut, burn, radiation, trauma, picking, or surgery. Scar tissue also grows as part of a normal response from muscle injuries, bone fractures, and joint degradation. Scars are dual purpose in that they provide both strength and elasticity. A scar is the result from the body’s biological process of wound repair in the skin and other tissues of the body. Thus, scarring is a natural part of the healing process. Every person scars differently. Most do not know how they are going to scar until scarring occurs.

WHAT IS SCAR TISSUE MADE OF?
Scar tissue is living tissue with a blood supply. It is composed of the same protein (collagen) as the tissue that it replaces, however, the fiber composition of the protein is quite different. Instead of a random basket weave formation of the collagen fibers found in normal tissue, the
collagen cross-links and aligns in a very orderly fashion laying parallel in one direction.

Scar tissue is inherently stronger than muscle but is less flexible. This is good news in that, more than likely, the same area will not be injured twice because it is reinforced. The downside is that scar tissue can wrap itself around nerves and arteries, potentially impeding the flow of blood or causing nerve pain, limited range of motion, and decreased flexibility.

Scars continue to morph throughout the healing process. This may take between 12 to 18 months. The older a scar, the harder it is to remodel.

Scars are made up of type one collagen – the most abundant collagen in the human body found in scars, tendons, ligaments, dermis, dentin, fascia, and organs. The actual word “collagen” comes from the Greek word “kola,” meaning glue and the French word “gene.” Later, the French word “collagene” adopted the English “gen” and the word “collagen” was born. Collagen is literally the glue that holds the body together, even more so with scar tissue.

There are several factors that come into play when a person gets a scar.

Age: As an individual ages, their body’s ability to produce collagen slows, as does the healing process. This will increase the chance of a scar.

Type and Location: If an injury occurs in a location that bends a lot or has friction, there will be an increased chance of scarring.

Hormones: The level of hormones (especially estrogen) can affect the manner in which an individual scars and may increase the chance of hyperpigmentation.

Acne: Depending on the severity of the acne, icepick, boxcar, hyperpigmentation, and contracture scars may occur.

Severity, overall health, and medicines also play a large role in how the body heals and repairs.

TYPES OF SCARS
All scarring is composed of the same collagen as the tissue it has replaced but lacks elasticity.

Three of the most common types are hypertrophic, atrophic, and keloid scarring. All experience excessive, stiff, collagen-bundled growth overextending the tissue, blocking off regeneration of tissues.

Keloid scars are the result of an overgrowth of granulation tissue resulting in a firm, rubbery-textured and elevated scar. They can be shiny or dull, flesh colored, pink, or brown. These scars develop both above the skin and below.

A hypertrophic scar is an abnormal response to injury or trauma. It is a cutaneous condition characterized by deposits of excessive amounts of collagen, which gives rise to a thickened and raised scar that stays within the confines of the injured area.

An atrophic scar takes the form of a sunken recess in the skin due to the skin being unable to regenerate tissue. It usually has a pitted appearance and is often the result of severe acne or chickenpox.

Stretch marks, also known as striae, is a form of scarring. This is actually a tearing of the dermis due to rapid expansion, but hormones also play a role. Approximately 50% of all women have some sort of stretch mark. These scars leave behind atrophic linear bands in areas that were over stretched. They are often a different color and texture than the rest of the skin.

INSURANCE
Scar revision is typically seen as a cosmetic procedure, which insurance generally does not cover. It is sometimes covered if a procedure is done to minimize scarring from an injury or surgically remove scar tissue.

CAN SCARS BE FADED?
Yes! Scars can be faded with acids, retinols, vitamin C, alpha hydroxy acid, and sunscreen. How often should scar tissue be remodeled? For the manual massage technique to be effective, it needs to be massaged about 10 to 15 minutes a day, preferably in shorted five-minute segments two to three times a day. The time scar tissue takes to completely repair depends on several different factors, so there is no definitive answer. The remodeling process occurs as the professional begins to warm and stretch the scar tissue, helping to align the collagen fibers.

STAGES OF SCARRING
In stage one, the inflammatory phase, inflammatory chemicals are released by the injured tissue. This phase generally lasts anywhere from 12 to 72 hours. As a cell dies, it releases an enzyme called thrombin into the extracellular fluids as a response from the immune system to initiate inflammation.

In stage two, swelling is usually present on days two through four. Destroying bacteria and removing debris prepare the body for healing. Ice usually helps at that stage to control inflammation and swelling.

Stage three, the repair phase, is the proliferative phase. The focus is to fill and cover the injury with granulation tissue and new blood vessels are formed.

Becoming a scar tissue specialist can open many new doors for a professional’s business. Manual manipulation is a very useful, specialized, and lucrative skillset and is well within the scope of practice.