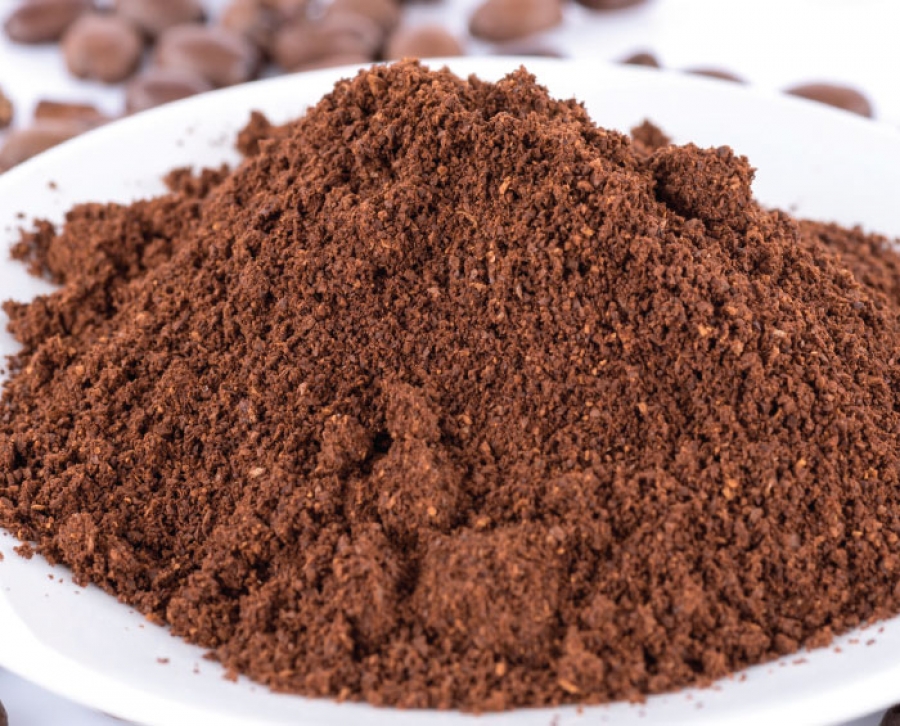 It reigns in commercials as a powerful, supergiant boost of energy. It has found a comfortable domain in oversaturated, sugary, carbonated drinks; robust, flavorful espressos; hot, blackened teas; and bittersweet chocolate delights. Connoisseurs seek out its quantity rather than its taste, hoping to satisfy their body with its encompassing jittery surge. Its name alone is controversial and, with the uttering of its two syllables, it makes a profound entrance off of the tongue. It is: caffeine.

Caffeine (C8H10N4O2) is odorless in its natural state, can be either a powder or have white needles in its physical form, and is slightly soluble in water. Discovered in 1819 by the German analytical chemist, Friedlieb Runge, caffeine received a molecular formula and a physical description. Runge analyzed an Arabian mocha bean given to him by the famed German literary figure, Johann Wolfgang von Goethe; it was from that bean that he isolated a pure form of caffeine. Since then, caffeine has filtered through the globe as the leading psychoactive drug amongst consumers. When consumed, this central nervous system stimulant can create a chemical reaction that changes brain function and results in alterations in perception, mood, or consciousness.

CAFFEINE AND SPIDERS
A scientific study was performed involving spiders on psychoactive drugs and the web they spun while affected. The normal web spun while no chemical was in the spiders' system was a beautiful, well-designed, intricate, circular web with decisive spacing between each circular ring. When the spiders received caffeine, the web they created was sparse and void of any circular arrangement; the lines spun like a road map created by a lost wanderer seeking guidance about which direction to go. Spiders on the psychoactive drug from caffeine created one of the most abstract displays of moments of speed and connectivity to showcasing slow and disoriented random acts of spinning its web.

It is believed that certain plants naturally create caffeine to keep insects and spiders from eating them. Plants in need of survival evolved their chemical constitution to eradicate potential feeders from consuming their leaves. When a spider eats a specific kind of plant that has a psychoactive drug makeup, its feeding rate can be reduced or, if the spider takes in higher doses of the plant, it can die. The web spun by affected spiders is a strong indication as to the strength of what caffeine can do to the body's system.

SIDE EFFECTS OF CAFFEINE
The magnitude of caffeine's chemical properties when taken orally show it to be chemically altering to the body. People who consume caffeinated drinks may experience more energy and seem more awake and alert to their surroundings. The downside to consuming caffeine is that it produces temporary jitters among the body, causing the skin to be dry and appear older than what it is.

Jitters are a side effect to the consumption of caffeine. The person's state of mind becomes altered and the body responds to that alteration

with irregular movements or even a sense of panic or extreme nervousness. These jitters remain until the caffeine is released from the body, returning it to its natural chemical state.

Dry skin is a side effect of caffeine consumption because it is a diuretic. Diuretics increase the elimination of urine from the body, ridding it of hydration. The dehydration among the body causes the skin to become more receptive to harsh environmental elements. The dry skin then appears to be sensitive and red because it no longer retains enough water to filter out toxins from the skin.

Premature aging has been stated to be a side effect of caffeine consumption because caffeine thins the skin. The skin thins as a person ages; youthful thickness breaks down throughout the years. This degradation of the skin is a natural process of maturation; however, when chemicals interrupt this natural occurrence, it speeds up the aging process. Caffeine is a stimulant that causes cells to increase activity, which then causes the skin to respond by thinning.

TOPICAL BENEFITS
Caffeine has its cons when taken orally, but, when taken topically, it has been shown to have certain benefits. Research was done on mice exposed to radiation, giving them topical applications of caffeine. The study found that when the mice received this topical treatment, their skin enhanced UVB-induced apoptosis. Apoptosis, defined by Merriam-Webster dictionary, is a "genetically directed process of cell self-destruction that is marked by the fragmentation of nuclear DNA, is activated either by the presence of a stimulus or removal of a suppressing agent or stimulus, and is a normal physiological process eliminating DNA-damaged, superfluous, or unwanted cells-called also programmed cell death." With time, the topical application of caffeine on the epidermis of the skin created a sunscreen effect on the mice's skin, as well as inhibited UVB-induced skin carcinogens. The skin of the mice became protected by the caffeine, allowing it to repair from the radiation. Researchers are uncertain as to how the caffeine provided these results.

Mice were the control variable in which researchers discovered that caffeine, when applied topically, can function as a sunscreen, but there are other benefits to caffeine. Caffeine is also an antioxidant and vasoconstrictor. The caffeic acid that is found in caffeine is a form of hydroxycinnamic acid, a very potent antioxidant even more effective than ferulic acid, that assists the skin in anti-aging. The vasoconstriction on the skin helps to reduce the appearance of under-eye puffiness and dark circles, although dark circles caused from excess melanin production would not be treatable by caffeine. These caffeine benefits created a gateway into the skin care market.

The date and product that caffeine first migrated into skin care is unknown. According to the website Truth and Aging, "In 2006, over 140 skincare products containing caffeine were launched in the United States, as compared to just 21 in 2003." Caffeine hit the market and took off running. In just three years' time, it was multiplied almost seven times. Consumers noticed the benefits caffeine delivered to the skin and manufacturers began to produce more and more caffeine-containing products. Two of the most widely used claims for caffeine is to treat cellulite and help revive tired, puffy-looking eyes. 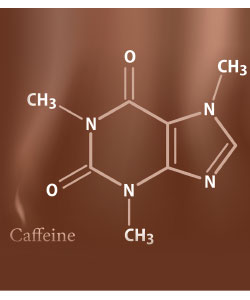 For caffeine to be effective when treating cellulite, studies have shown that the product needs to be used consistently for at least two months.
In addition to cellulite, consumers are also concerned about tired, puffy eyes. When caffeine is applied around the eyes, it acts as a vasoconstrictor. This action is great for people whose eyes are puffy due to lack of sleep and tend to retain water around the eyes. When the caffeine is applied around the eye, it will help to decrease the diameter of the blood vessels, causing a smooth, refreshed appearance around the eye. Its diuretic property will assist in releasing the water retention within the cavity of the eyes.

Caffeine has been shown to be rich in antioxidants and anti-aging properties, benefiting the skin by creating a smooth appearance. When taken orally, it has been shown to age the skin and dehydrate it, causing redness and sensitivity. Skin care companies are manufacturing products containing caffeine more and more because of the positive effect it has on the skin. Consumers are becoming more aware of its presence in products and purchasing them for homecare treatments; however, caffeine may cause irritation, swelling, redness, and flaking on some people, in which case, it should not be used.

Amra Lear is a licensed massage therapist and aesthetician. She has been working in the spa industry for 16 years, working for two of the most prestigious spas in the world. Her clientele consists of the stars, moguls, and people alike. She has been trained by Japanese shiatsu masters and the founders who pioneered such wonderful modalities such as ashiatsu, mother massage, and lulur. Skin is her ultimate passionate. She has dedicated the last six years to research and education of biochemistry to better understand the biochemical response to products used on the skin.