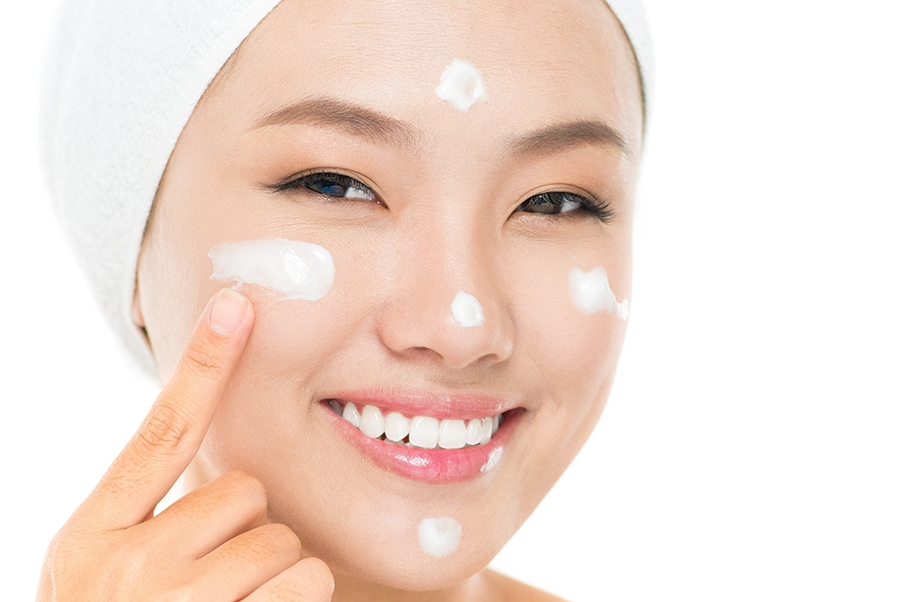 Moisturization has always been an integral part of all skin treatments and products, providing benefits to all skin types, regardless of the skin’s issues. Hyaluronic acid, panthenol, glycerin, honey, aloe, and many plant oils and butters have long been go-to hydrators and emollients readily accepted by consumers and relatively easy to incorporate in formulas. But, a lot has changed over the last couple of decades due to advancements in ingredient technology and new discoveries in biochemistry. Today, there are thousands of creams and moisturizers available, with more than 80 percent of women in the United States claiming to use a moisturizer daily, making this product the most integral part of a regular skin care routine.

Moisturizing formulations are usually designed to mimic one or more function of the skin’s barrier. To understand how moisturizers work, one must truly understand the intricate composition of that brick and mortar structure that resides within the top layers of the skin. Epidermal biologist Dr. Peter Elias first imagined the skin’s barrier as a brick wall, the bricks being dead skin cells called corneocytes, the mortar being a matrix of lipids surrounding the cells and trapping hydrophilic (water-attracting) natural moisturizing factor (NMF) within its architecture. All three components play an integral role in maintaining the health of the skin barrier and optimal moisture levels. Depleted lipids translate into weaker or thinner mortar around the bricks (cells) increasing trans-epidermal water loss (TEWL) and barrier permeability, allowing a larger amount of irritating molecules to enter through the barrier. Decline in lipid content causes skin to lose hydration faster, leading to dry, rough skin at first, followed by increased sensitivity and accelerated aging. This is exactly why moisturizers represent the biggest category of skin products, as their value in maintaining skin health and youthful appearance go well beyond surface hydration.

Well-formulated moisturizers should ideally include a combination of ingredients designed for barrier lipid repair, often referred to as emollients, water-holding actives or humectants, and antioxidants capable of protecting barrier lipids from oxidation. A combination and a ratio of ingredients used for each category will often determine which skin type and condition a specific moisturizer is best suited for. A moisturizer containing a high level of plant oils and butters for example will be more helpful to someone with dry, aging skin, while a moisturizer whose content is predominantly composed of water-soluble and water-attracting molecules will be more useful on oily skin. Typically, moisturizers formulated for sensitive skin contain fewer ingredients and are often fragrance- and color-free, as these ingredients are frequently more capable of causing irritation in people with sensitive skin. These formulas may include silicone-based ingredients and feature delivery systems that further reduce or eliminate irritation potential. A good quality moisturizer should also contain clinically-tested natural anti-inflammatories and soothing agents in order be able to help keep ongoing inflammation under control and slow its impact on aging.

Choosing a moisturizer that is suitable for one’s skin can be a challenge given the vast array of choices available today. Texture alone can sometimes be used as a guide, but not always. New ingredient technologies are allowing various formulations to pack potent, hydrating actives in moisturizing gels and gel-creams, which were traditionally considered to be more suitable for oilier, combination skin (but that is not necessarily the case any longer). Even moisturizing gels can contain a high level of hydrators suitable for all skin types, including dry and maturing. Alternatively, rich-feeling creams are not always only reserved for dry skin, as many newer formulations may contain rich and oily-feeling, yet lightweight and non-comedogenic, actives that mimic components of the skin’s barrier without increasing the skin’s sebum content.

AM VERSUS PM MOISTURIZERS

Is there really that much difference? For many years, the biggest difference between morning and nighttime moisturizers was the texture, with the morning moisturizers usually being of a lighter texture, while nighttime moisturizers being richer and more emollient. This approach was based on the fact that the skin’s barrier structure changes in the 24-hour period, being more compact during the day and, therefore, not allowing as much moisture to evaporate. It has been well-documented that during the night the skin loses more moisture due to the fact that the barrier structure is not as tightly pulled together as it is during the day, allowing accelerated moisture loss and creating a clear need for more intensely hydrating moisturizing formulas to be used during the night. These differences between AM and PM formulations have become even more sophisticated and, today, go well beyond textural differences, with many day time formulas including additional ingredients to fight pollution, oxidation, sun damage, and other environmental factors, while PM formulations are delivering precious ingredients that work synergistically with the natural process the skin employs at night to repair and recover from the damage it has suffered during the day.

Aside from easily recognizable humectants and emollients that can be spotted in the moisturizers, there are other ingredients that play an important role in boosting the amount of moisture that gets delivered into the skin. These are common humectants that are used in formulations to prevent weight loss or moisture evaporation from product but, in doing so, they also add moisture to the skin. These are pentylene glycol, butylene glycol, hexylene glycol, methyl gluceth -10 and -20, sorbitol, or even various PEGs.

Another group of ingredients that can play a dual role in moisturizers are liquid crystals. These biomimetic skin-like fatty acid molecules, often derived from olives, can mimic the skin’s own tridimensional barrier structure integral for maintaining healthy moisture levels. Liquid crystals assist in creating stable emulsions in which both water soluble and oil soluble molecules are held together and delivered into the skin, improving both formula stability and the skin’s barrier health.

Peter Agree, an American hematologist awarded the Nobel Prize for chemistry in 2003, discovered the existence of specialized water channels, called aquaporins and this discovery has changed the way formulators think and approach long-term cellular hydration. His discovery made it possible to understand how the cell manages its “internal plumbing system” and transports not only water, but also glycerol, urea, and other molecules belonging to the natural moisturizing factors (NMF). Like other skin proteins, these water channels decline with age, but the good news is that aquaporins can be activated and rebuilt and there are now many well-tested ingredients capable of doing just that. Many natural sugars, as well as plant molecules, have been clinically-proven to increase the presence of aquaporins in the skin within hours of application, allowing both short-term and long-term hydration, as they start to mobilize hydrating molecules that are naturally transported within the skin.

There are many innovative technologies that have made their way in high performance moisturizers. Rubixyl® (Hexapeptide-48), targets a group of cellular membrane receptors called delta-opioid receptors essential for healthy cell turnover and for maintaining healthy barrier function. Upon aging, various biological processes, such as stress and free radicals, deactivate these receptors and the skin starts to shows visible signs of aging. Including Hexapeptide-48 in the moisturizers protects the DOR receptors from being deactivated and skin cells reactivate their division, leading not only to a stronger, healthier barrier, but also to visible skin rejuvenation, decreased wrinkle depth, and refined skin texture.

Understanding the benefits, common ingredients, and other key facts about moisturizers is essential and will enable professionals to remain at the forefront when it comes to caring for the skin barrier.

Ashley Stowers is a national educator and account executive for YG Laboratories and CelleClé Skincare. In addition to her role in sales, Stowers provides hands-on support in all aspects of education and product knowledge training, protocol development, and effective business merchandising. With over 15 years of experience in sales and education, holding positions as an aesthetics instructor and skin care therapist, Stowers possesses a very broad and unique understanding of the professional world and skin care industry.