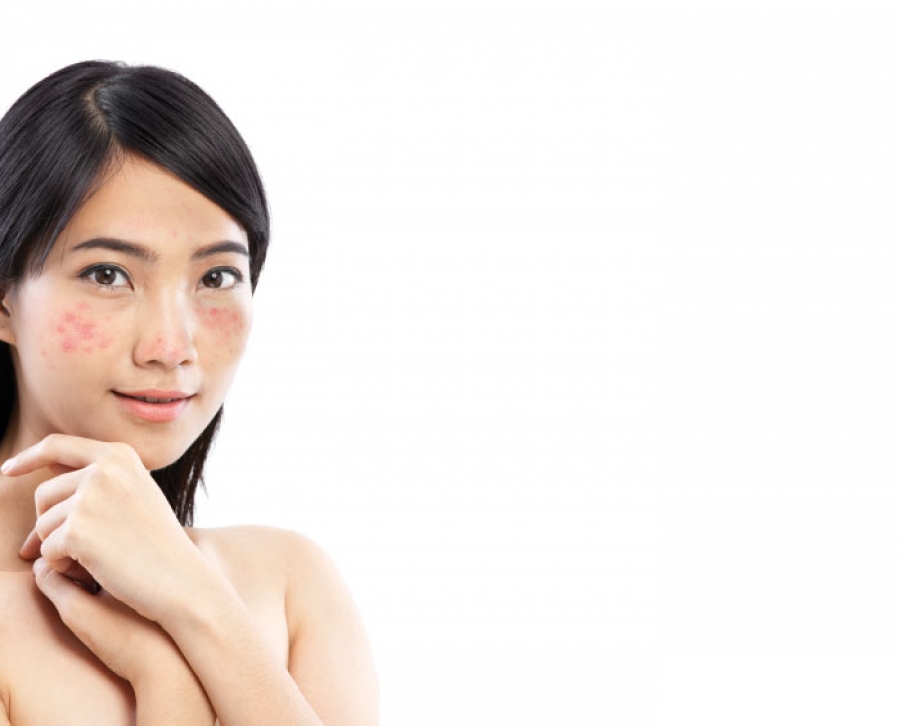 ETHNIC SKIN ASSESSMENT
When assessing skin conditions and risk factors, skin phototype and ethnicity should be considered. This is best done by using the Fitzpatrick Skin Phototype Chart and Lancer Ethnicity Scale. The Fitzpatrick Skin Phototype Chart classifies the skin under six categories I through VI and is based on how much melanin is in the skin. It is also based on the skin’s response to ultraviolet radiation exposure, hair color, eye color, and racial background. There are some less-determining factors with the Fitzpatrick skin type which does not quantify the degree of burning or tanning rather the frequency of burning. The skin assessment has low reproducibility rates and a limited number of classes, and that is why other determining factors should be considered when determining ethnic risk factors.
With the Fitzpatrick assessment, olive skin tones such as Middle Eastern, Mediterranean, and Hispanic cultures are generally classified as skin phototype III or IV. African and Eastern Indian can be classified anywhere from skin phototype IV to VI. When determining skin phototype, special consideration must be taken with clients of Native American Indian, Asian, Russian, and Jewish descent. A client with this genetic background may appear of a lighter skin type, but may be genetically-prone to melanocyte hyperactivity and hyperpigmented conditions.
Treating Asian skin or skin phototype V is the most under-typed ethnic skin. Asian skin may appear very light and have no history of sun exposure. Treating Asian skin as skin phototype III or IV can result in risk of complications. Initially, all Asian skin should be treated as a skin phototype V until tissue response and reaction to cosmetic procedures have been determined. Similar skin assessment should be considered with African skin phototypes as well. When treating darker skin or skin phototypes III through VI, risk factors should be considered to lessen inflammatory responses and avoid melanocyte hyperactivity.

The Lancer Ethnicity Scale was developed to calculate healing and scar formation after surgery and is a valuable reference prior to cosmetic procedures. It is used as a guide for determining potential risks for pigment scarring, keloid scarring, erythema, discoloration, uneven pigmentation, hyperpigmentation, and hypopigmentation. This scale is composed of five categories and is determined by ethnic background. The higher the rating on the ethnicity scale, the higher the risk for post-operative complications. Prior to treating dark skin phototypes, it is crucial to determine the client’s ethnic background and genetic disposition. Genetic background plays an important role and should be considered with light skin phototypes as well. A thorough evaluation includes both the Fitzpatrick Skin Phototype and Lancer Ethnicity Scale rating and should be considered prior to treatment.
Other means of determining risk factors is the use of a skin reflectance measurement system that correlates measurements to the ultraviolet sensitivity determined by a MEDlight test that is performed with a UVB light source and measures skin erythema and pigmentation. The pigment protection factor is calculated to predict the ultraviolet dose and is a value for photo protection. The pigment protection factor measures both the constitutive and facultative ultraviolet sensitivity when erythema is the endpoint. The use of this type of measurement can be most effective when determining pigment in the skin and the skin’s response to inflammation and hyperpigmentation.

Melasma
With conditions such as melasma, predisposed ethnic factors should be considered. Melasma, also known as chloasma, is a tan or dark facial skin discoloration. It is one of the most challenging skin conditions to treat and can reappear. Melasma appears as dark, irregular patches, commonly found on the upper cheeks, nose, lips, upper lip, and forearms. These patches usually develop gradually over time and do not cause concern for any other symptoms beyond cosmetic discoloration. With melasma, there are numerous factors to consider as well as underlying conditions that trigger hormonal responses.
The occurrence of melasma is commonly found with people of Native American Indian, German, Russian, or Jewish decent and is most prevalent in men and women of darker skin colors or those of skin phototypes III through VI. Individuals with darker skin types such as African, Hispanic, Indian, Middle Eastern, Mediterranean, and Asian are at a greater risk to melasma due to melanocyte hyperactivity. The individual who is most susceptible to develop melasma are women who have a light brown skin type and have had intense sun exposure. The best treatment for melasma is to avoid ultraviolet rays, which can exasperate the condition. When treating melasma, both skin color and genetic disposition should be considered.

Rosacea
One of the most common, yet challenging, skin conditions is rosacea. Rosacea is a common skin condition that can cause swelling on the face. Often referred to as adult acne, rosacea may begin as a tendency to flush or blush easily and progress to persistent redness. As the condition progresses, the skin may not return to its normal color and small blood vessels and tiny pimples can begin to appear on and around the reddened area. Rosacea flare-ups can be caused by extreme temperatures in weather, wind, sun exposure, emotional stress, alcohol, spicy foods, caffeine, hot drinks, exercise, hot showers, and sensitivity to skin care ingredients. Other factors like medical conditions and drugs can also contribute to rosacea flare-ups.
Rosacea conditions are mostly genetic and should be considered as a contributing factor when assessing and recognizing signs of rosacea. In a survey done by the National Rosacea Society, it was found that 40 percent of clients with rosacea had a relative with similar symptoms, 33 percent of respondents claim to have one parent of Irish heritage, and 27 percent had a parent of English descent. Other ethnic groups such as Scandinavian, Scottish, Welsh, or Eastern European descent are also shown to have elevated rates of rosacea.

When treating skin conditions, knowing and understanding ethnic factors is essential for optimal clinical outcomes. When the skin care professional has a thorough understanding of ethnic assessment and ethnic disposition to skin conditions, risk factors will be reduced and the client will appreciate the fact that their individual concerns have been addressed.

Linda Gulla is founder of the International Institute for the Advancement of Aesthetic Medicine, and offers advanced training to professionals as an educator and adjunct instructor in CME and CE. Gulla shares her knowledge in medical aesthetics, giving presentations to professionals at the International Dermal Institute. She has authored and published resource manuals in medical aesthetics and shared her expertise in advanced aesthetics as an editorial reviewer with Milady. Gulla provides professionals with opportunities for career advancement with the convenience of self-study, offering the first online certification in medical aesthetics, which includes content that has been accredited by the ACCME. This email address is being protected from spambots. You need JavaScript enabled to view it.