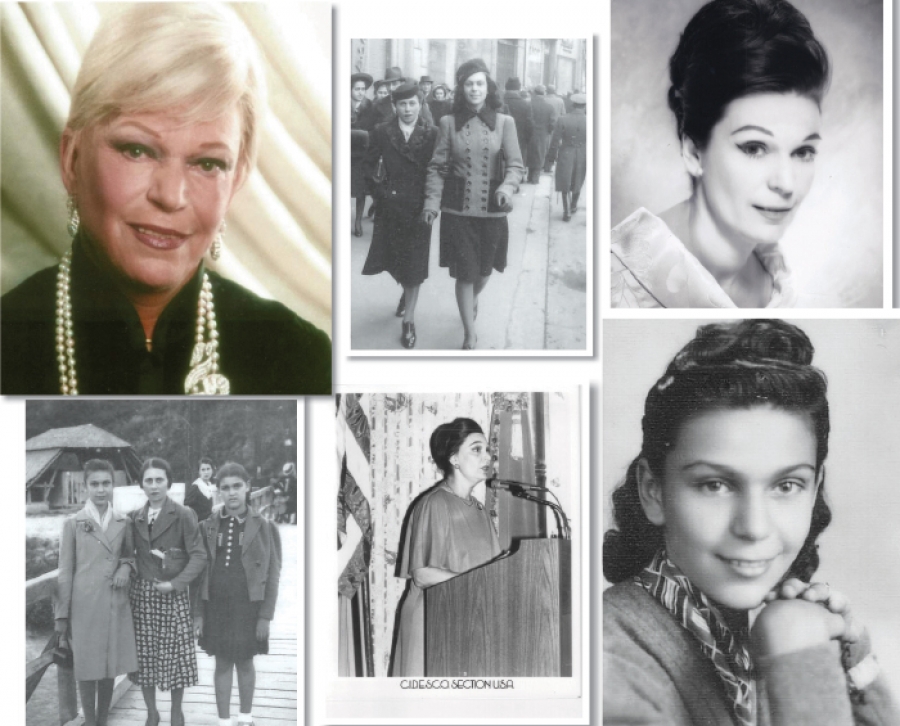 Christine Valmy, founder of Christine Valmy International School of Esthetics, passed away January 18th, 2015 in Bucharest, Romania. The skin care icon, who was most recognized for founding the first licensed school of esthetics in the United States, dedicated her life to youth and the ultimate in skin care. She was considered by many as ‘the Frist Lady of Esthetics’ and the pioneering architect of the esthetics profession in America.

Upon immigration to the United States in 1961 from Romania, Valmy was the originator of the skin care industry in this country, a fact which led the 92nd Congress of the United States to award her a citation for fostering skin care as a profession in America. When Valmy recognized the lack of skin care practice in America, she decided to open the first American esthetics school in New York – only five years after arriving in the

United States.
Coming from Europe where skin care services were common, she was surprised to discover that the American cosmetologists focused solely on the hairdressing trade. Skin care had not yet found its way into the daily practice of cosmetologists. At the time, most Americans viewed skin care practices as camouflaging unhealthy skin with makeup. She began educating women on how to correct their skin problems, as well as how to maintain healthy, functioning skin.
Her famous New York salon opened in 1973, with the Christine Valmy salons being soon established all across the United States, as well as a laboratory in New Jersey to manufacture and distribute products based on her philosophies. These products are still carried by professionals worldwide. On top of these successes, Valmy found the time to author three books educating consumers and professionals on her method of maintaining healthy skin. 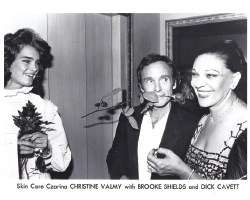 “The Christine Valmy International School in New York City has trained some of the most successful and renowned estheticians in America. There are now many schools around the world who use and teach her methods. Christine Valmy was also credited with establishing the first American professional association for professional estheticians to learn, grow, and establish lifetime professional friendships. She founded the American section of CIDESCO, now part of the National Cosmetology Association, the professional arm of the Professional Beauty Association. Because of her strong dedication to establishing educational standards, she was appointed by President Ronald Reagan to serve on the National Council on Vocational Education, and was awarded a citation by the United States Congress for her dedication to developing the field of professional skin care in the United States.
Valmy will be remembered for her constant dedication in the development and advancement of esthetics as a profession in America, her love of teaching and educating both estheticians and the public about proper skin care, and her groundbreaking methods and approaches to professional esthetics. Her legacy is her knowledge and the thousands of estheticians who practice and teach her techniques and methods.”
Mark Lees, Ph.D., CIDESCO diplomat and Christine Valmy graduate

“Christine Valmy taught me how to take good care of my skin. My first facial was at the salon in Bethesda, Maryland on Woodmont – and I was a faithful customer until they closed. [It] was my second home! I loved the customer service and the fact that all natural ingredients were used in her products. They taught me to constantly drink water – and I still do to this day at age 54. What a huge loss.”
Julia Bell, client 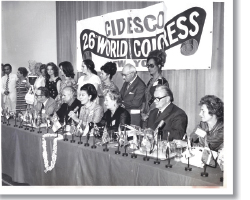 “Christine Valmy gave me the first break in this industry as a skin care expert. I ended up working for her for two years in the early 1970s. At the time, there were not many salons around in New York. I remember literally walking into her office and asking if she had a job for me. Her response was ‘I told you Ms. Schorr, I do not.’ So I responded as a 24 year old would, ‘but you do not have to pay me. I must work as a skin care expert. That is all I want to do.’ She smiled and said, ‘you are hired.’ She was a lady of grace, compassion, and wisdom. She was the first to open an institute for estheticians. She was always an amazing role model to all of us who will continue to carry on her mission and responsibility to keep this industry alive. I will forever cherish her presence.”
Lia Schorr, owner of Lia Schorr Skin Care Inc. and Lia Schorr Institute of Cosmetic Skin Care Training, Inc.

“My condolences in regards to the death of Christine Valmy. Many years ago, when I lived in Pittsburgh, Penn., I became aware of her story. I then magically found a professional who sold her products there. My face was saved by all the treatments and I still use most of them today. She has left a great legacy.”
Bridget Button, client

“The esthetic industry is deeply saddened by the loss of Christine Valmy. Ms. Valmy immigrated to the United States from Romania and opened the first skin care school licensed in the United States. She helped pave the way for me and other esthetics schools across the country; and for this, I pay tribute to her. Strong family values and an ongoing commitment to professionalism is something she and I had in common. Back in 1994, Ms. Valmy stood with me during my fight with the New York Department of State to create a separate license for estheticians, apart from cosmetology. She supported and respected how I spent my entire career upholding the accountability of government to protect the health and safety of the consumer. She will be missed.”
Annette Hanson, president and founder of Atelier Esthetique Institute of Esthetics, 1985 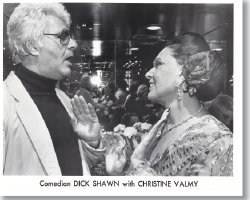 “Christine Valmy was a groundbreaker of the professional skin care industry in America. I only met her one time at the 1976 skin care show, the very first esthetics show in the United States. She was truly a remarkable pioneer.”
Barbara Salomone, president and founder of Bioelements

“In the future when history of skin care is written, it will be noted that after a slow start, Valmy’s New York School has graduated over 90 percent of the practicing skin care specialists (estheticians) in this country.”
DERMASCOPE Magazine, November/December 1986,
“Christine Valmy – A Legend in Aesthetics”

“I will always be grateful for the foundation Valmy had provided for my career. As a Christine Valmy New York City graduate of 1985, I shall always remember the wonderful opportunity she gave me, an immigrant like herself. I am now retired happily, thanks to you, Christine Valmy.”
Ellie Meckel, student

“Christine Valmy was a beautiful, well-educated, thoughtful person – inside and out. I even remember the times that my mother and I would be in class in New York and she would pop in and teach us a lesson. We even enjoyed listening to her lovely stories on how she got into the business and flying back and forth from her home country to New York. It was very exciting when Christine Valmy was around the school. Those were special days for us. They are the memories that I will hold onto for life.”
Suzanne Tarulli, student 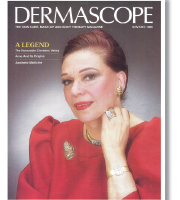 “Christine Valmy touched the lives of many professionals in this industry. While one of her first jobs in the United States was doing facials at the Waldorf Astoria in New York, it was then that she decided to open her own school. She established her first school at the age of 39 and it was truly unparalleled. At that time, it was the only school of its kind in the United States that specialized in skin care and makeup. Everyone jumped on her bandwagon and she became a true pioneer in facial treatments in this trade. She changed the industry to what it is today! The reason we are all in this industry is because of her.”
Joel Gerson, author of Standard Textbook for Professional
Estheticians and Milady Standard Fundamentals Esthetics 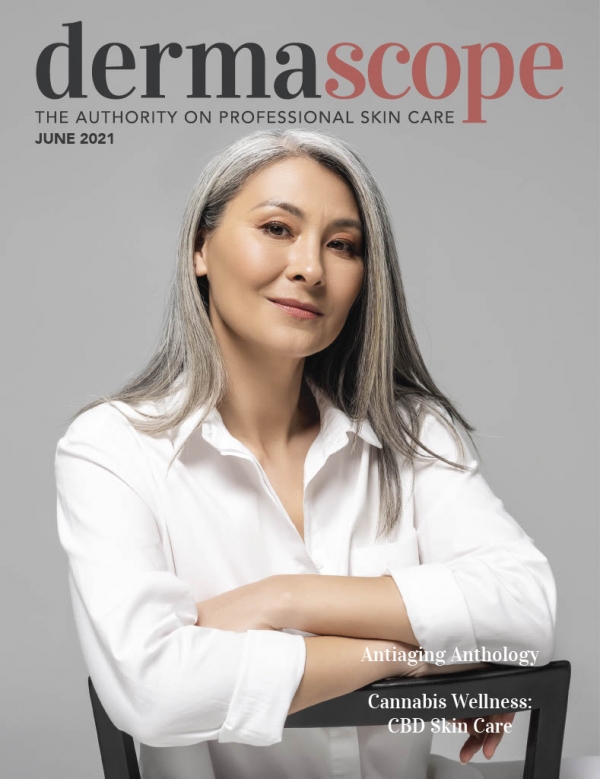