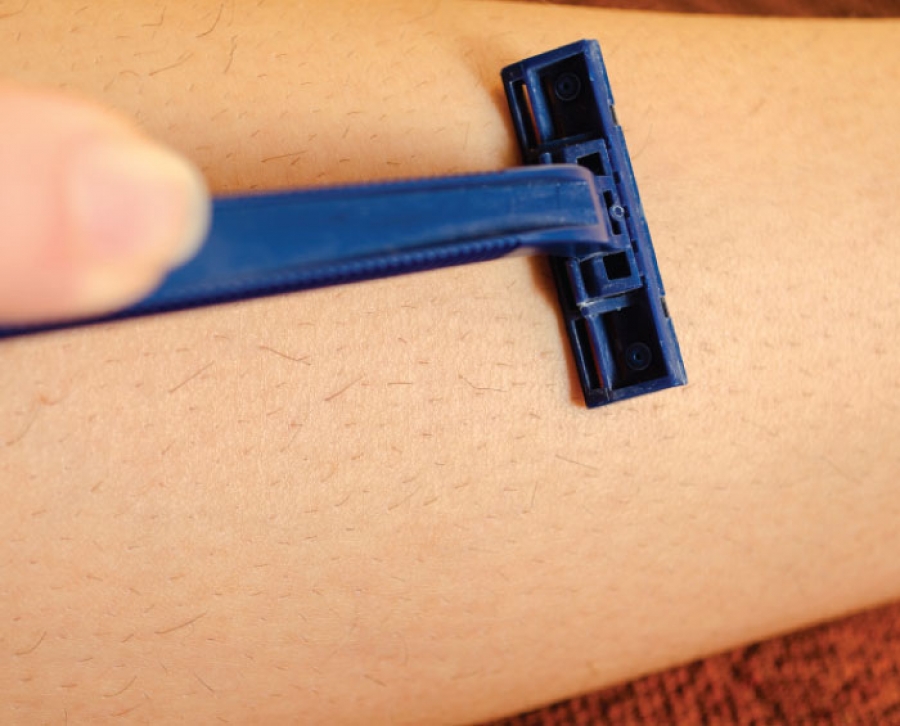 Young girls are often told by their mothers, grandmothers, and sometimes even a skin care professional that shaving will cause their hair to grow back thicker and darker. Is there any truth behind this belief or is it just an old wives tale? If this statement were true, anyone who has ever suffered from balding would be shaving their heads religiously, expecting the regrowth to solve all of their problems. On the other end of the spectrum, any client who has been shaving for years would be covered with a tremendous amount of thick hair. 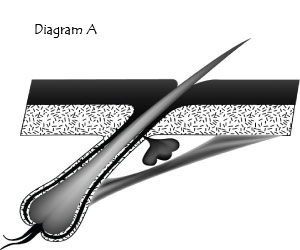 Hairs have naturally-tapered points when they are left in their natural state (Diagram A). When hair has been shaved, it is either blunted straight on, which gives the illusion of thicker hair, or blunted on an angle, giving it an even thicker appearance than a straight-on blunted hair. As the hair grows past the mouth of the follicle, it continues to get shaved or blunted at the heavier part of the hair. Diagram B clearly demonstrates how hair can look thicker and darker when it is being shaved closer to its base growth coming through the skin because there is more natural density and pigmentation. In addition, the hair growth can also feel coarser as it continues to get shaved towards its heavier base.

Hair grows in stages. Not all hair will be in the same stage of growth at the same time. That means some hairs will show the finer beginning of the hair as it becomes exposed outside of the skin. At the same time, some hair will expose the hair base, the thicker part of the hair structure. Somewhere during the growing process of hair that has been shaved, as is more often seen on men's beards, the hair will be closer to thickness in their growth pattern; there might be a short period of overall thicker hair. As with men's beards, it can be defined as a darker or heavier shadow (Diagram C).

Hair type is predetermined at birth. As humans develop and mature from an infant to a teenager and onwards to adulthood, many ongoing changes will occur until death. The same can be said for hair growth and, unfortunately, hair loss.

Some areas of the body, such as the underarms, pelvis, and face are affected by hormones. Imbalances can lead to abnormal facial hair growth in women. Shaving these hairs will not cause more of it to grow back because shaving only affects the hair shaft and not the root of the hair.

If a woman with blond, vellus facial hair were to shave, she would never have heavier or darker hair than what was previously removed. The only physical change she will experience is a slight prickly feeling because she will have blunted off the super fine tip that lay flat on her skin. 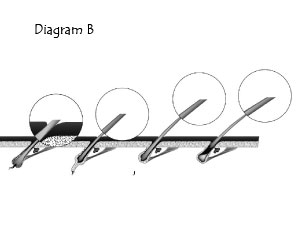 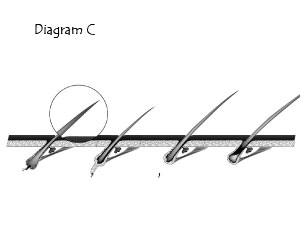 Published in Fact or Fiction 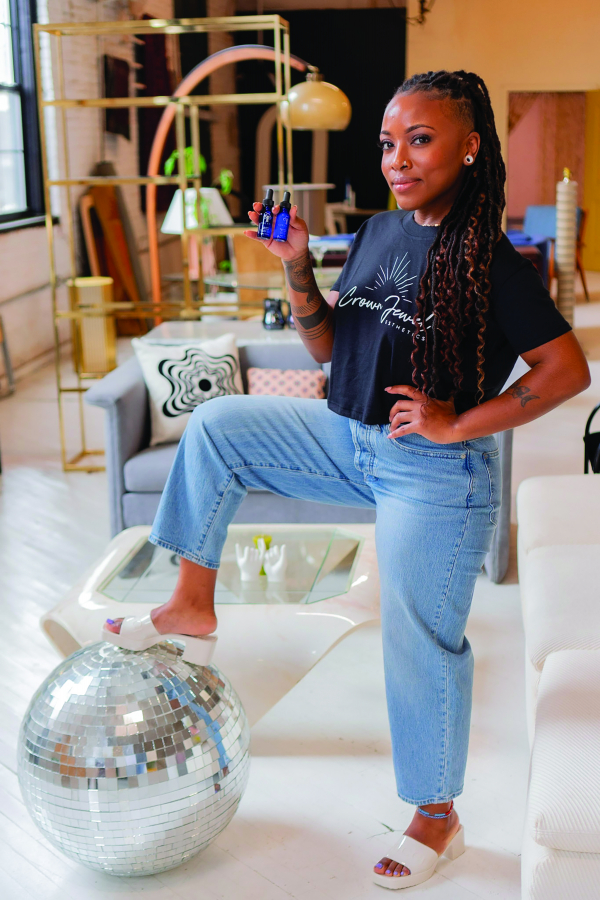