Written by Will Strunk 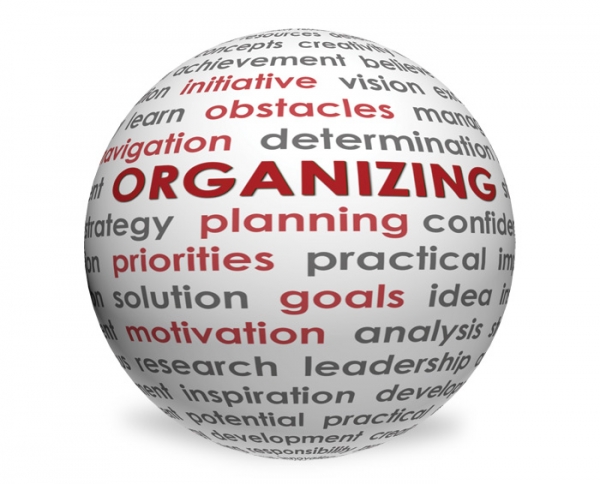 How many times have you been working on a project and imagined a better way to accomplish the task? Do you witness or experience wasted time or other resources? Have you had an ambition that you have yet to develop a plan to pursue? The famous French writer Antoine de Saint-Exupéry said, “A goal without a plan is just a wish.” One of the common obstacles people face in pursuing goals is the question, “Where do I begin?” Like many good questions, the answer can be found in one word – organize.

Before we get too deep into the analytical/organizational side of our brain, I want to ground us with a brief story about creativity and evaluation. My first experience of being hired to work was when I was 8 years old. My father was a fireman and worked odd jobs on his days off. One of his benefactors, Mr. Simpson, owned a farm. One summer, I tagged along with my father each time he was commissioned to work on Simpson’s farm. As I became accustomed to our tasks, I inadvertently pointed out how we might save time by slightly changing our routine. But Mr. Simpson, who had been born and raised on his farm, had an established way of doing things. He was not open to the compulsions of an 8-year-old, no matter how creative or relevant. I would later discover that, while the labor was hard, working at the farm was easy. I never had to make any decisions, rather just do what I was told and follow the routines that had been in place for years. There was no evaluation process.
A few years later, I was hired at Bill’s Custom Cabinet Shop. While there, Iearned that while I was still expected to follow instructions, I was also encouraged to do much more. Bill encouraged me to be creative and always evaluate. Sometimes that evaluation manifested in developing ways to save materials or time – in new ideas, even new products. On the farm, I was limited to manual labor and maintenance. However my new teacher and environment were supportive and innovative regarding ideas, perspective and change. I was taught to constantly evaluate possibility as well as efficiency. As a result, my curious and creative nature thrived. Not only did I learn to follow direction in an organized manner, I began to see things that were not there… yet. I learned to see the potential in what we were doing.

Organize:
1 to cause to develop structure. 2 to form into a coherent unity or functioning whole: integrate.
3 to set up an administrative structure. 4 to arrange by systematic planning and united effort.

Time Management
Inspiration and/or creativity may bring you to a certain point with your goals but time management is where the rubber meets the road, so to speak. Time management is the strategic planning of specific activities combined with schedules in order to achieve goals. In addition, it incorporates concentrated evaluation efforts to increase effectiveness, efficiency and productivity. Time management requires organizational skills as well as discipline. As with any skill, organization can improve with practice but discipline is required to create an effective program. This includes organizing, prioritizing, scheduling and analysis of time spent. An effective program combines all of these tools.
Once you have established a goal, a strategy should be developed resulting in a plan of action. From these come the lists of organized activities as applied to schedules. An evaluation of resources would also be critical at this point. This planning process should produce task lists with all activities scheduled as well as a calendar with deadlines. Periodical reviews should be scheduled to confirm timetables and completion of the various stages of the plan. 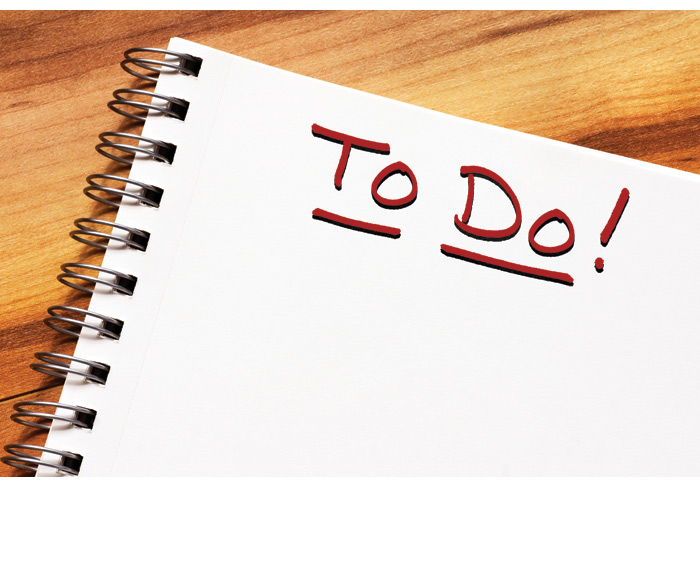 Priorities and Lists
The implementation and management of task lists are critical to achieving long-term goals. A task, or to-do list, is a documentation of the priorities to be completed. It should include all of the steps necessary in completing a project. This invaluable tool serves to optimize the use of time and other valuable resources and often involves more than one list.

The Eisenhower Method
Dwight D. Eisenhower was a five-star general in the United States Army during World War II and served as supreme commander of the Allied Forces in Europe. He was responsible for planning and supervising the invasion of North Africa from 1942 to1943 and France and Germany in 1944 to 1945. In 1951, Eisenhower became the first supreme commander of NATO and from 1953 to 1961 he served two terms as the 34th President of The United States. One of his famous quotes states, “What is important is seldom urgent and what is urgent is seldom important.” Eisenhower developed the following method of prioritizing for time management based on that philosophy. The Eisenhower Box helps evaluate urgency and importance. Items may be placed at more precise points within each quadrant.
All tasks are evaluated using the criteria important/unimportant and urgent/not urgent and placed in according quadrants. Tasks in the unimportant/not urgent quadrant are dropped while tasks in important/urgent quadrant are done immediately and personally. Tasks in the unimportant/urgent quadrant are delegated and tasks in important/not urgent quadrant get an end date and are done personally. 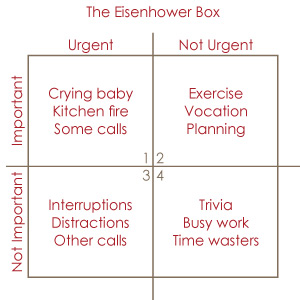 Practical Application
One rainy weekend several years ago, my children and I were home alone when I came up with an idea for teaching them planning skills. We searched the Internet and found a business for sale on eBay. I chose a small marina with a restaurant, campsites, cabins, recreational facilities, slip/boat rentals, et cetera. Since we were avid travellers and campers and had stayed in similar places many times, my kids were very responsive and enthusiastic about the concept. We began discussing what it would be like operating the marina. It was not long before we got out a pen and some paper and began to organize a plan. We set out to determine the potential revenue from each profit center, as well as all the potential resources, staff and expenses that would be required to realize those profit centers. We calculated everything from restaurant sales to RV hook-ups. We also researched how many seasonal or good weather days we would potentially be open for business. While we never intended to buy a marina, we had a very exciting and educational experience evaluating a strategy and a plan.
Take an idea or ambition that you are passionate about. Organize a strategy and plan of action. Organize lists and document how you can achieve your objective. Evaluate the pros and the cons. Document the resources that would be required. Think about how you would feel about the challenges and the opportunities each step of the way.
I am reminded of the importance of journals. As planning and time management are important to achieving goals, proper navigation is key to resourcefulness and taking advantage of the efficiency that experience can provide. Journals are a valuable tool to document progress as well as error. Evaluations and evolutions of process often take clear shape when journals are compared to schedules and lists. There are countless electronic tools to organize, plan and document your intentions and your progress. But remember, as I have mentioned in previous articles, your creative mind is stimulated when you pick up a pen and set it upon paper. Alternatively, your analytical mind is more stimulated with the keyboard and monitor. Both tools add value to the process and each of us will have different preferences of how to use these tools. I recommend using them both consistently.
While there are many ways to organize, there remains even more ways to adjust the process to increase efficiency and results. The ultimate benefit of organizing is the management of opportunity and resources. Combining opportunity and resources with the tools of Motivation, Goals, Priorities and Planning – begets true empowerment. Organizing these tools with strategy and effective resource management creates the maximum influence over results. Our next part in this series discusses Initiative. This is where our true test begins... as we put our ideas into action. 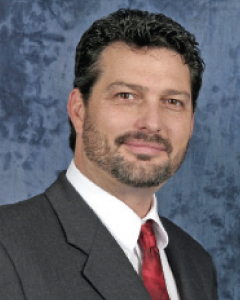 William Strunk is the publisher of DERMASCOPE Magazine, founder of WES Publishing Co., founding partner with Avalon Media Group and a partner with the International Congress of Esthetics & Spa. As an entrepreneur for over 30 years, an author and lecturer, Strunk conducts motivational seminars and results oriented workshops on successful business practices. Having started his first business as a teenager, he shares successful behavioral practices that are not taught in business schools. Rather, learned from a lifetime devoted to motivational training and developing relationships with hundreds of other successful entrepreneurs.

Latest from Will Strunk 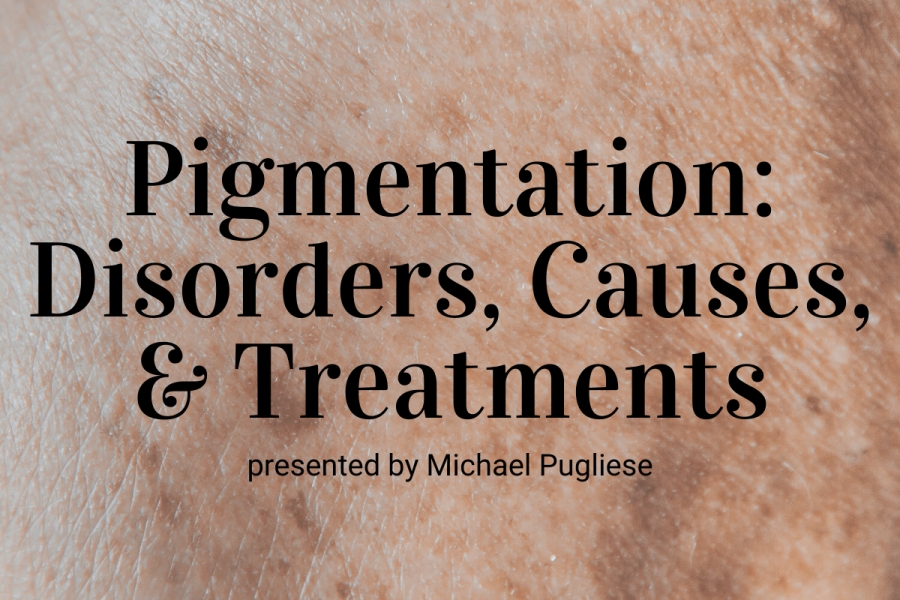 Pigmentation: Disorders, Causes, and Treatments Hyperpigmentation is a complicated condition faced by many skin care professionals and consumers alike. This…
in  Webinars 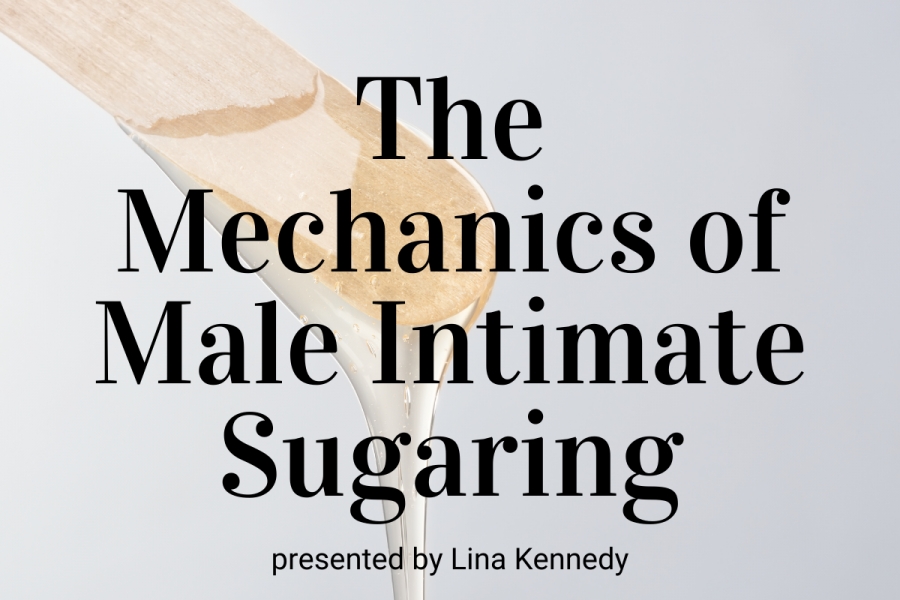 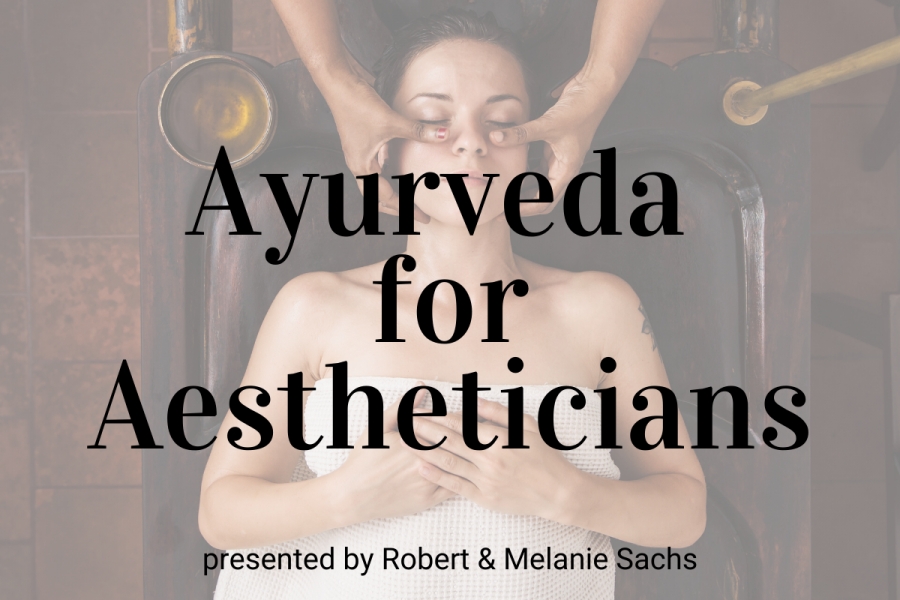 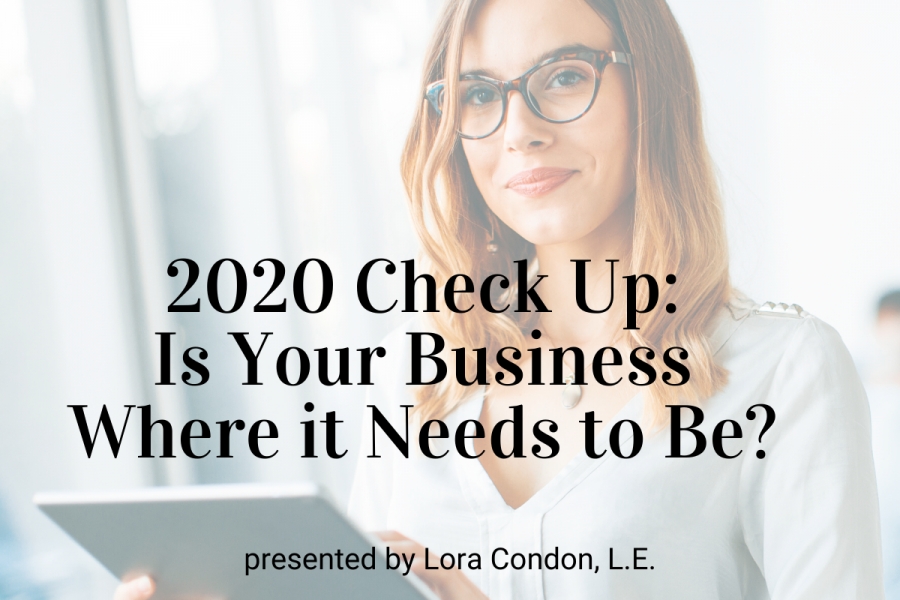 Webinar: 2020 Check Up: Is Your Business Where it Needs to Be?

We’re halfway done with 2020, but it’s not too late to get back on track and crush those goals.Learn how…
in  Webinars 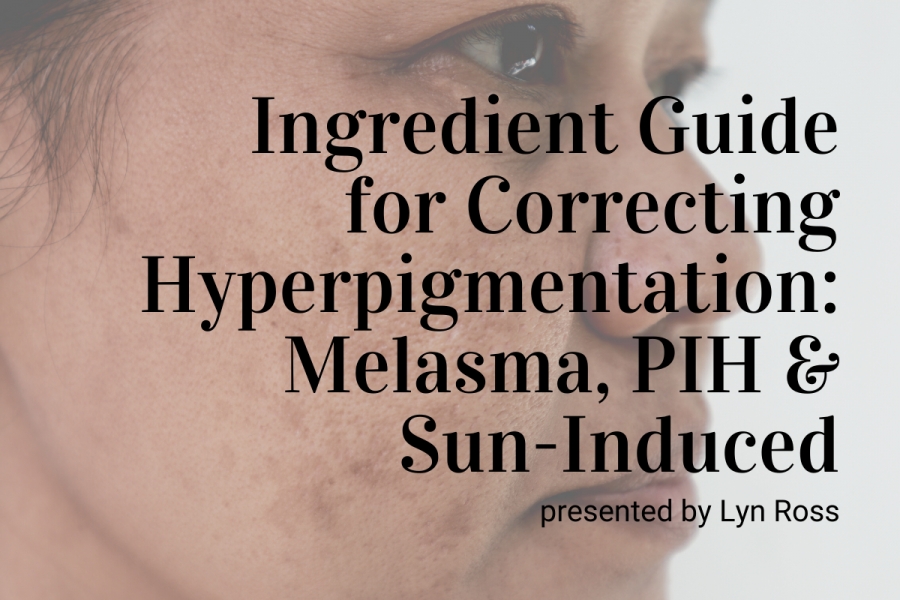 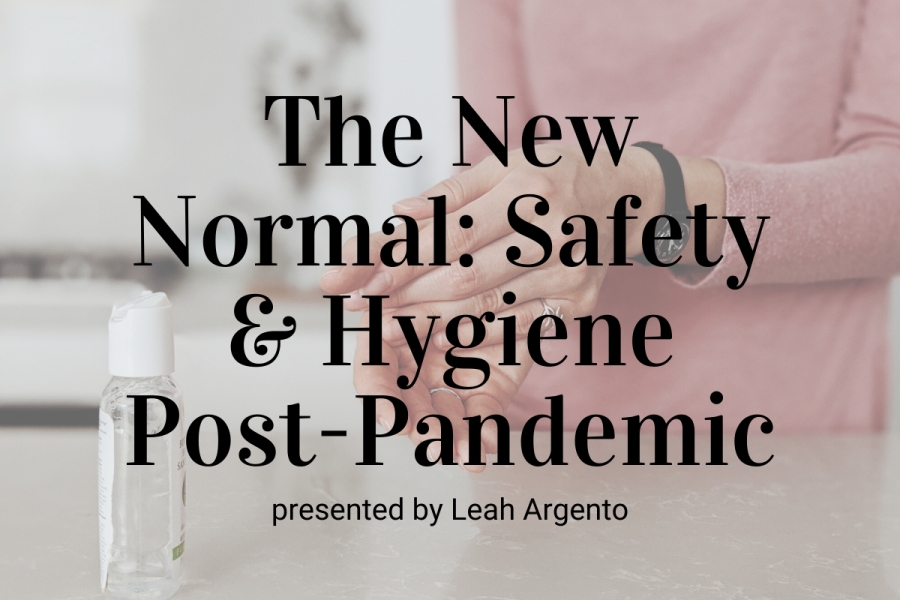 Webinar Description Once spas reopen their doors for business, things will feel quite different, not only for the skin care…
in  Webinars 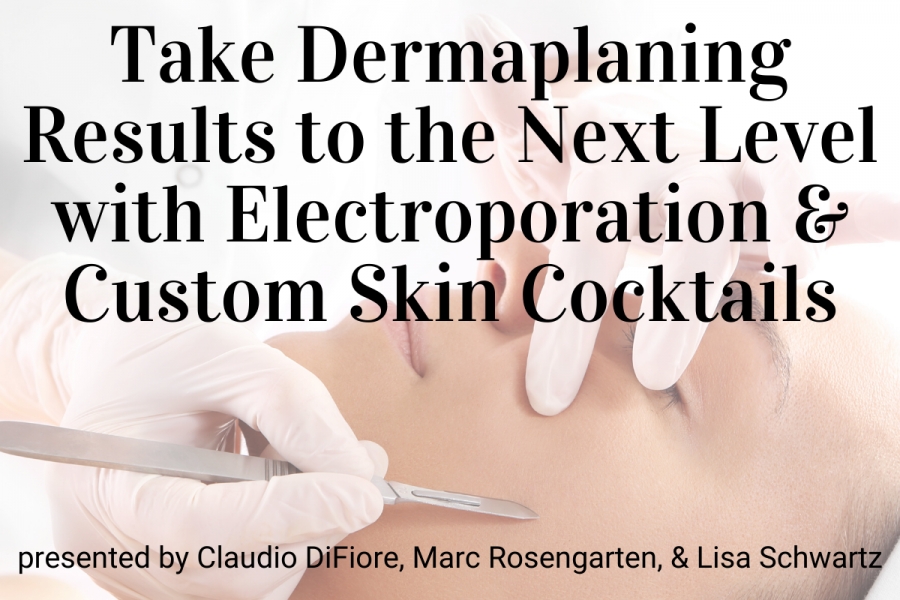 Webinar: Take Dermaplaning Results to the Next Level with Electrporation & Custom Skin Cocktails

In an industry that is flooded with skin care professionals, how can you stand out amongst the crowd and have…
in  Webinars 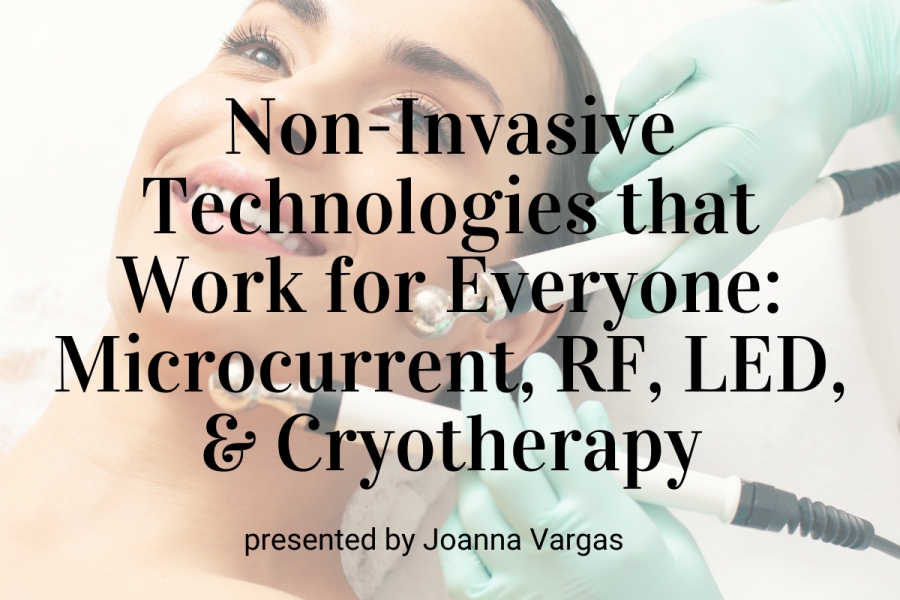 Joanna Vargas is a celebrity facialist and founder of Joanna Vargas Salons and Skin Care. Vargas is focused on one…
in  Webinars
How to resolve AdBlock issue?
X