Join our online community! Login above or create an account to get started. Once logged in, interact with link-minded individuals via our feed, groups, events, and blogs. In our feed, update the community on your latest and greatest ventures, pose questions, celebrate triumphs, ask for advice, share your experiences, and browse posts by other users. Be sure to check out our public and private groups, where you can collaborate with other users on specific areas of interest or expertise. Discover upcoming classes, seminars, workshops, and more. And, browse current blogs and create your very own blog platform where you can share regular posts with our community.

The Amazing Skin Benefits of Ginseng 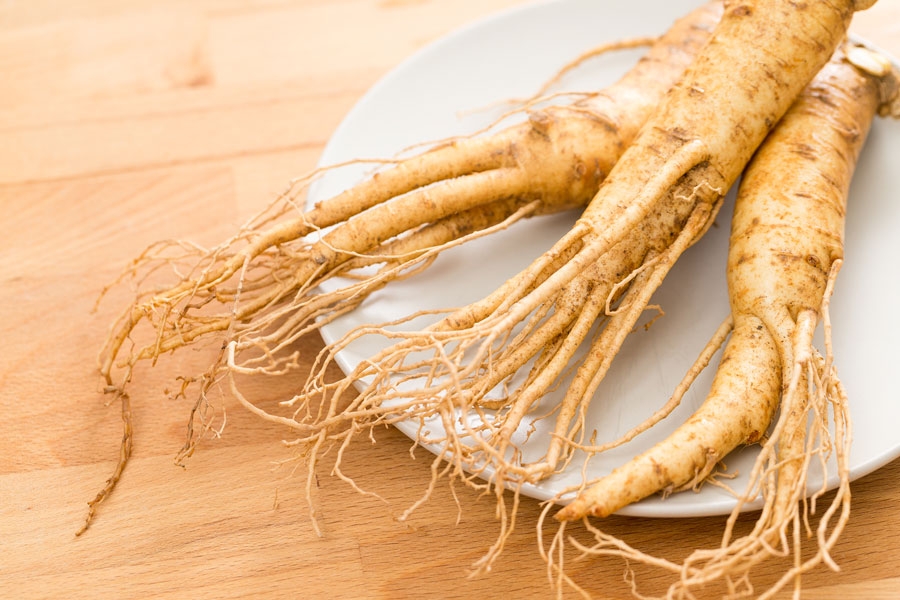 Ginseng is a popular herbal supplement widely used in Asia to treat various health ailments and for general well-being. It can improve energy levels and boost memory. Because of those health benefits, ginseng is found and marketed in a wide range of consumable healthcare products, including supplements, teas, candies, and energy drinks, in various concentrations and forms.

TYPES OF GINSENG
There are many species of ginseng but two, in particular, panax ginseng and panax quinquefolius, are considered to provide the most health benefits. Panax ginseng is generally found in northern China, Korea, and Russia. Panax quinquefolius, on the other hand, typically grows in various regions within North America.

Panax ginseng is referred to as Asian ginseng or, occasionally, Korean or red ginseng. This type of ginseng has the highest percentage of overall ginsenosides – the compounds in ginseng that are believed to contribute to its medicinal and health properties. Ginsenosides have been shown to have multiple medical effects, such as antioxidative, antiaging, and anti-cancer properties. It is widely believed that Asian ginseng is more powerful and reliable in providing desired health outcomes. Most medical and scientific research is conducted on Asian ginseng.

SKIN HEALTH BENEFITS OF GINSENG
The majority of studies looking at the health benefits of ginseng are focused on its positive improvement in mental function, sports performance, and general well-being, but there are some novel studies looking at possible dermatological applications, including melasma and atopic dermatitis.

Melasma is a common skin condition that affects women. Clinically, melasma presents as patches of dark pigmentation around the cheeks, lower eyelids, and nose regions. It is worsened by ultraviolet light, hormones, and even heat. One study showed that people taking Korean red ginseng powder for a period of 24 weeks had significant improvement in the level of dark pigmentation and redness.

Additional studies looked at the effect of ginsenosides on the production of melanin or pigmentation in the skin. It is thought that ginsenosides were effective in shutting down the pigment-producing mechanism in the skin cells.

Aside from melasma, multiple studies have looked at whether or not Korean red ginseng may be helpful to treat atopic dermatitis or eczema. One study looked at 30 eczema patients who ingested Korean red ginseng. Their serum Ig E levels and severity scoring of atopic dermatitis (SCORAO) index were assessed. It was found that transepidermal water loss and skin hydration showed significant improvement after 16 weeks in the patients ingesting ginseng. In addition, there was a significant decrease in the SCORAD index, as well as in serum lgE levels after 16 weeks.

Another study looked at whether ginseng had the ability to influence scratching behavior in an atopic dermatitis (eczema) animal model. Red ginseng was found to significantly inhibit scratching behavior in the animal model. The exact mechanism is unknown, but it is believed that ginseng attenuated both nerve growth factor expression and nerve fiber extension in this model.

Lastly, another study showed that Korean red ginseng has an immunosuppressive response on skin cells, possibly through reduction of TNF-alpha and IL-8 expression on human keratinocytes.

Ginseng has a wide range of health benefits. As the scientific and medical community continue to research this perennial herb, it will be certain that ginseng will be used for helping to relieve symptoms of many health conditions, including eczema.

Dr. Steven Q. Wang is the director of dermatologic surgery and dermatology at Memorial Sloan-Kettering Cancer Center in Basking Ridge, New Jersey. Aside from caring for patients, he is actively involved in clinical research, with a focus on photoprotection, antioxidants, nanotechnology, antiaging, and natural skin care formulation. He is the author of more than 80 publications in peer-reviewed, scientific journals and academic textbooks. He has authored five books and lectured extensively in the United States and around the world. In recognition of his expertise, he has appeared on several television and radio programs and has been interviewed by media such as the Wall Street Journal, New York Times, and Oprah Magazine. In 2016, he cofounded the Dr Wang Herbal Skincare company with his father, Gui Wang, who is a licensed acupuncturist and herbalist in New York City, New York. Their philosophy is to combine the best of herbal Eastern tradition with Western science to help consumers and patients to attain healthier and more beautiful skin. Their simple and effective antiaging skin care products are manufactured without the use of heat, thereby protecting the integrity of actives and nutrients in the products. drwangskincare.com

young women wanting to futher their career in makeup artisty