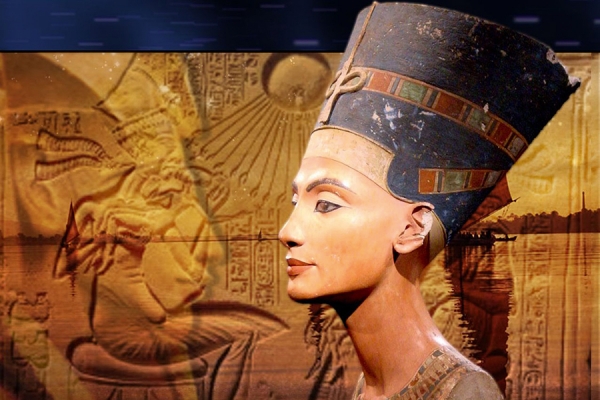 Beauty is a timeless vanity. From the earliest use of a reflection caught from a hand-held tool made of polished obsidian stones, the first mirror was born. Since the Anatolia realized in 6,000 B.C.E. (modern day Turkey) that the human image could be captured in real time by their own reflection, vain expeditions arose in the minds of the curious as to how the reflections could be better. Thus, it encouraged the ascent of beauty conquistadors to enhance, allure, and create illusions of these reflections to promote an image worthy to be seen by its owner and others.

Our ancestors stamped our desire for beauty and passed its practices from generation to generation. Beginning with the Ancient Egyptians, beauty started with lined black eyes from the use of kohl, a black sulfide mineral grinded into powder. The Egyptians believed that kohl protected their eyes from the sun’s burning rays and acted as a repellent against insects. In Ancient India, mothers used kohl and lined the eyes of their newborn babies. They believed that the kohl would “strengthen the child’s eyes” and fight against eye infections. The Ancient Hebrews found beauty in scent from herbs and oils. They believed that certain fragrances and oils brought medicinal healing to the body and spirit. In Bible scriptures, Jesus was gifted frankincense and myrrh when he was born. The frankincense and myrrh at that time had been used in temple rituals as incense for aroma and spiritual healing and for the body as healing against certain ailments. In Ancient Persia and the Middle East, makeup adorned the faces of the people. So much makeup was worn that a law was created to forbid excessive makeup to prevent creating deceit from its wearer.  Makeup was so popular in Ancient Persia and the Middle East that a single volume, out of the 24-volume medical encyclopedia, was dedicated to the medical purposes of cosmetics. In Ancient China, the royalty and extremely wealthy stained their fingers with Arabic gum, gelatin, beeswax, and egg. The brighter the fingernail color, the higher the wearer was in the hierarchy of that society. The lower-class Chinese could paint a stain on their fingernails, but they were forbidden from wearing bright colors. In Ancient Japan, geishas believed the whiter their skin, the more beautiful and appealing they were to men; so they used the droppings of birds’ excrements, combined with oil, as the base for lighter colors on their face.

The human fascination with beauty has trickled down throughout the years, sometimes creating life-threatening applications and methods.

Queen Elizabeth, the astute monarch of the Elizabethan Era, adopted a fashion that others followed in pursuit. With reddish curly wigs, over-embellished attire full of fanciful adornments, and plentiful jewelry draped around her neck, Queen Elizabeth started the white face movement.  Believing that only the wealthy had fair skin because they did not work outside in the sun, she wanted her face to be white. The whiter the face, the better. To create the perfect pale white appearance on her skin, white arsenic and lead were used as powder for the face, neck, and shoulders. Following her lead, many women died from the arsenic- and lead-based cosmetic powder. They did not know that continuous exposure to these chemicals were fatal. Some Elizabethan women even went so far as to cut themselves to bleed; this practice became known as “controlled bleeding.” They let just enough blood out of their body to create that perfect, pale, white face they intently desired. Controlled bleeding was considered part of beauty.

Two very dangerous methods evolved during the Elizabethan era, one of which is partially still in practice.

The vampire facial, which removes blood from the body and places it on the face, has become the modern-day version of controlled bleeding. Once the blood has been extracted, it is sent to a centrifuge, where the platelets are separated from plasma. These blood platelets are then applied to the face during the process of microneedling application. The microperferations that are created from the microneedling allow the blood platelets to re-enter the skin as human growth factors, which assist in the process of collagen production. Unlike controlled bleeding during the Elizabethan Era, where blood was not placed back on the skin, nor used to benefit the skin as an anti-aging treatment, the vampire facial replaces controlled bleeding with a twist of recycling human blood for beauty benefits.

Certain tools that help to benefit the skin begin with knowing the skin’s functions.  One of the eight functions of the skin is to regulate body temperature through sweating. Sweating helps to release toxins and water from the body. When the water is released from the pores of the skin, it evaporates, causing the skin’s temperature to cool down. It is the body’s built-in system of protecting itself from overheating. In 1875, a patented face mask was invented to create sweat.  Nicknamed “Toilet Mask” or “Face Glove”, the creator, Madam Rowley, believed that making the face perspire would help to “soften and clarify the skin by relieving the pores and the superficial circulation.”  Replicating terrifying similarities to the mask that Hannibal Lecter wore, the fitted face mask made of rubber from India was recommended to be worn up to three times per week. Underneath the mask, women applied an assortment of beauty salves to soften the skin, bleaching agents to lighten the skin, and other beauty agents that were, at that time, said to promote beauty. All night long, the skin would sweat underneath the mask, supposedly creating purified, beautiful skin by morning. Madam Rowley, although her intent was to benefit the skin through sweating, missed the mark on releasing sweat from the skin. Fortunately, the “Toilet Mask” did not make it past the Victorian era.

The mirror, the key to its master’s reflection, if never discovered, may have never brought about such crash-and-burn beauty errors or tried-and-true beauty benefits. Ancient civilizations were fascinated with finding beauty’s true existence and preserving it. The definition of beauty has changed through many ancient civilizations and has provided shifting appearances based on certain eras. The immortal realm of beauty walks without transparency from generation to generation; its intrepid longevity searches to drink from the magical waters of the fountain of youth. Until then, the evolution of beauty will continue to traverse, passing on ideals, methods, and applications to future generations.

Parkhurst, C. (2015, September 9). 15 Of The Most Bizarre Beauty Hacks In History. Retrieved from http://www.thetalko.com/15-of-the-most-bizarre-beauty-hacks-in-history/

Heathman, S. (n.d.). What Is a Galvanic Machine? | LEAFtv. Retrieved from https://www.leaf.tv/articles/what-is-a-galvanic-machine/

Buck, S. (n.d.). This Victorian beauty mask is guaranteed to give you nightmares. Retrieved from https://timeline.com/amp/p/5b04de302841

Amra Lear is a licensed massage therapist and aesthetician. She has been working in the spa industry for 16 years, working for two of the most prestigious spas in the world. Her clientele consists of stars, moguls, and people alike. She has been trained by Japanese shiatsu masters and the founders who pioneered such wonderful modalities such as ashiatsu, mother massage, and lulur. Skin is her ultimate passionate. She has dedicated the last six years to research and education of biochemistry to better understand the biochemical response to products used on the skin. 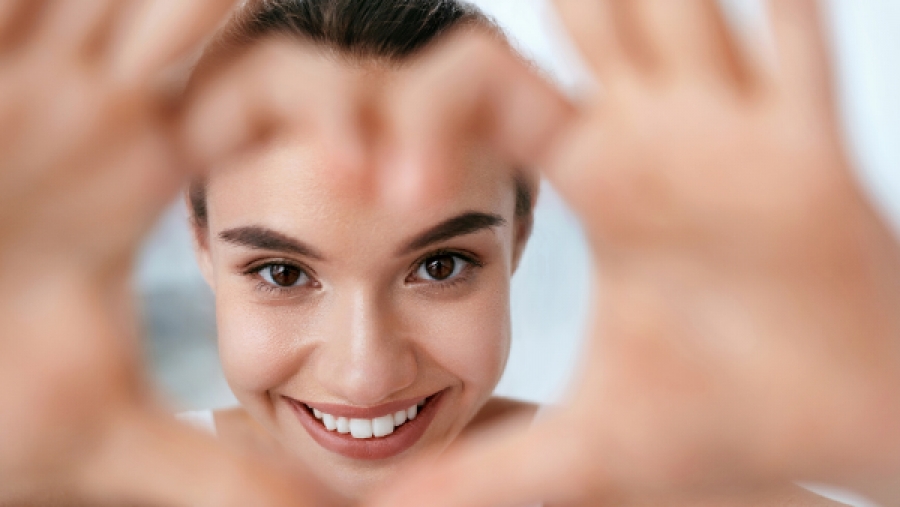 Beauty Through the Ages

Beauty rituals have existed for thousands of years around the world. And, throughout history, the ideal beauty look has changed…
in  Beauty 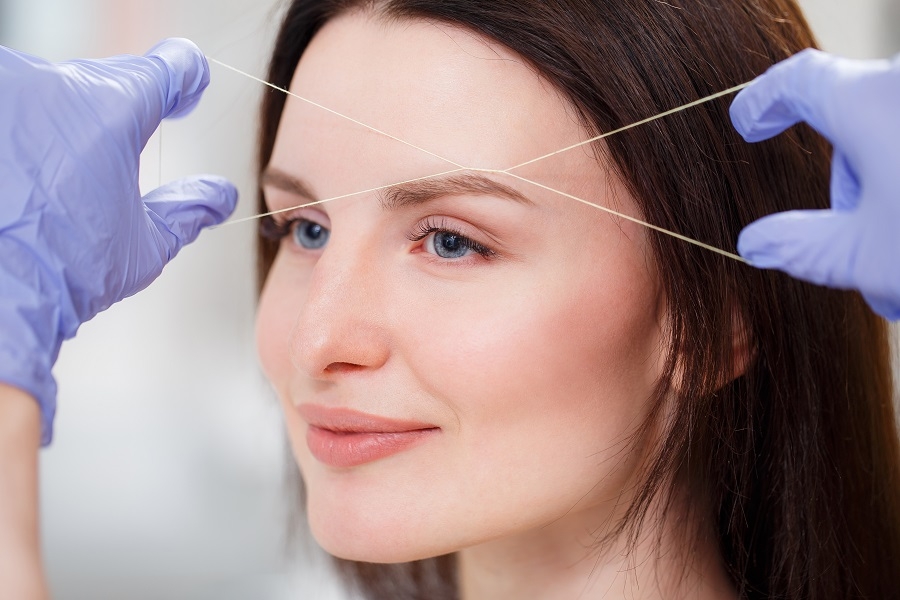 No “Ow” Brows: A Quick Guide to Prepping Brows for Waxing and Threading Treatments

Waxing and threading are common hair removal methods that many clients look forward to in order to maintain their eyebrows.…
in  Beauty 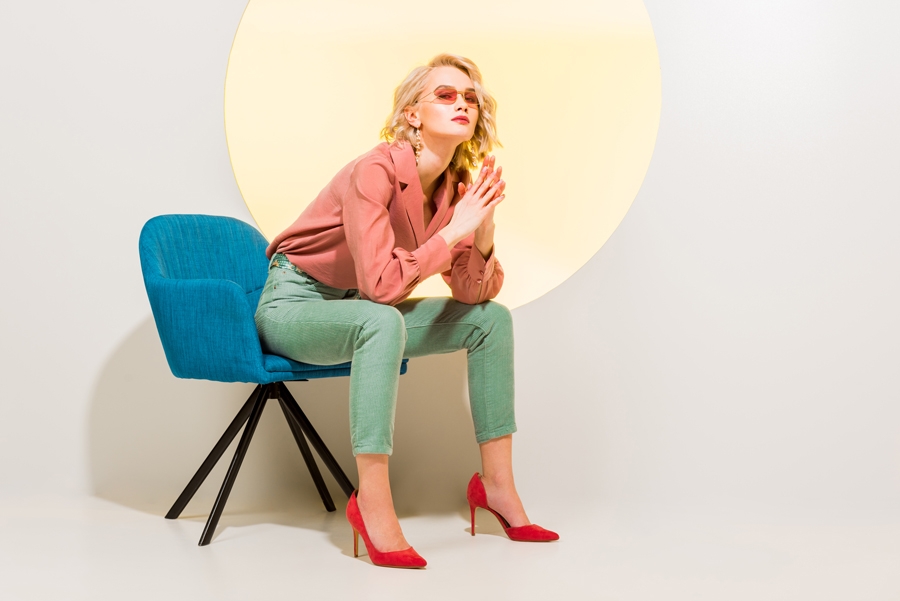 The Makeup Marketplace: How to Stay Ahead of Trends

A trend is a general direction in which something is developing or changing. Makeup artistry is innovative and transformational. As…
in  Beauty 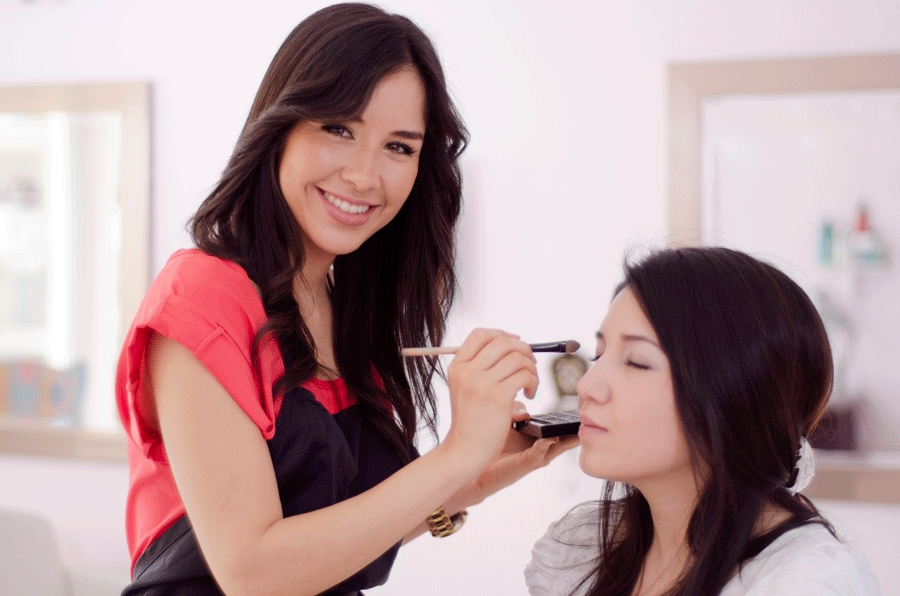 Up for the Job: Finding and Vetting Potential Makeup Artists

Booking appointments in a spa is a crucial element to generating revenue and optimizing each professional’s time. More appointments on…
in  Beauty 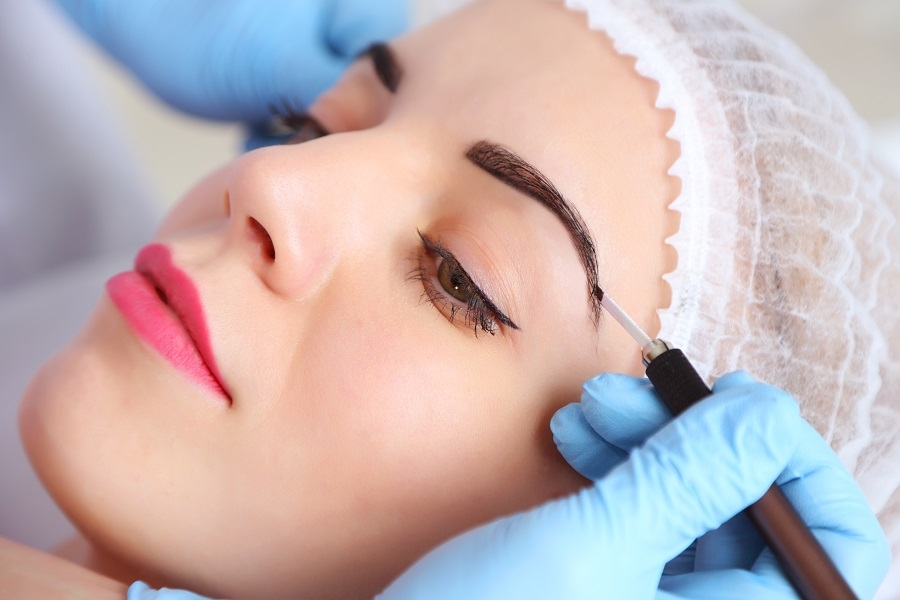 In today’s beauty market, the options for maintaining, treating, and glamorizing eyebrows are endless. With so many options for clients…
in  Beauty 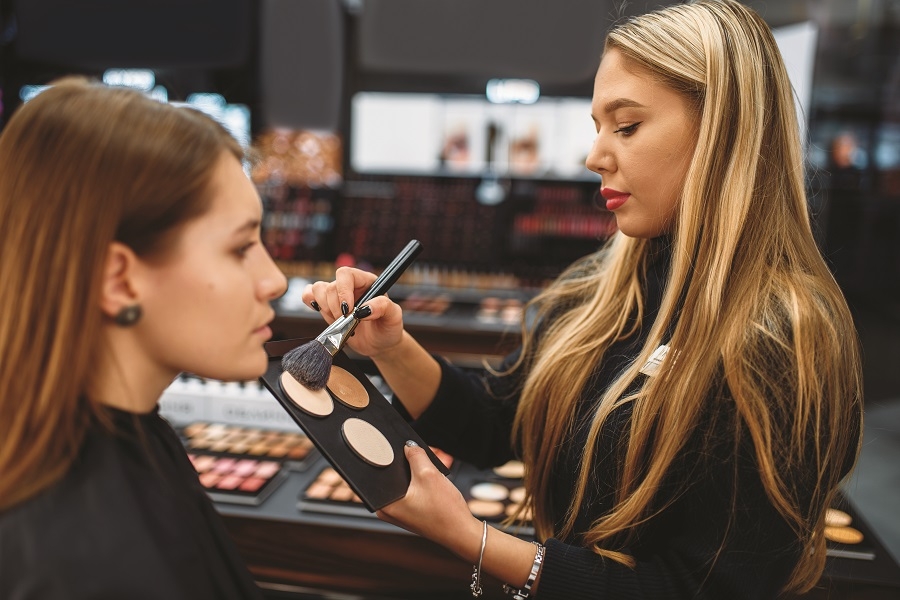 Clients and consumers love makeup, but do aestheticians? In 2018, makeup sales reached $8.1 billion and skin care sales were…
in  Beauty 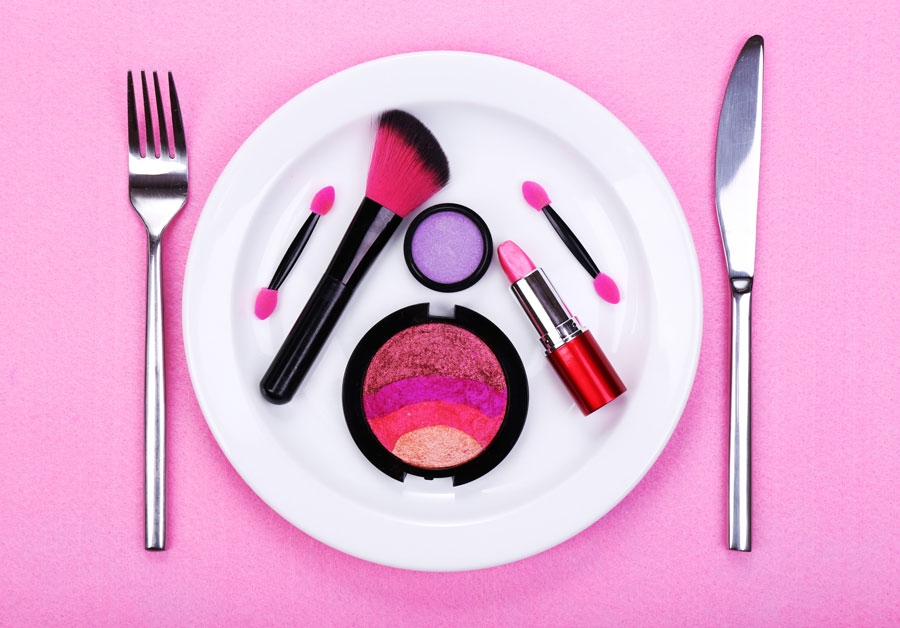 The core purpose of any business is to offer value to clients through products and services. However, for a business…
in  Beauty 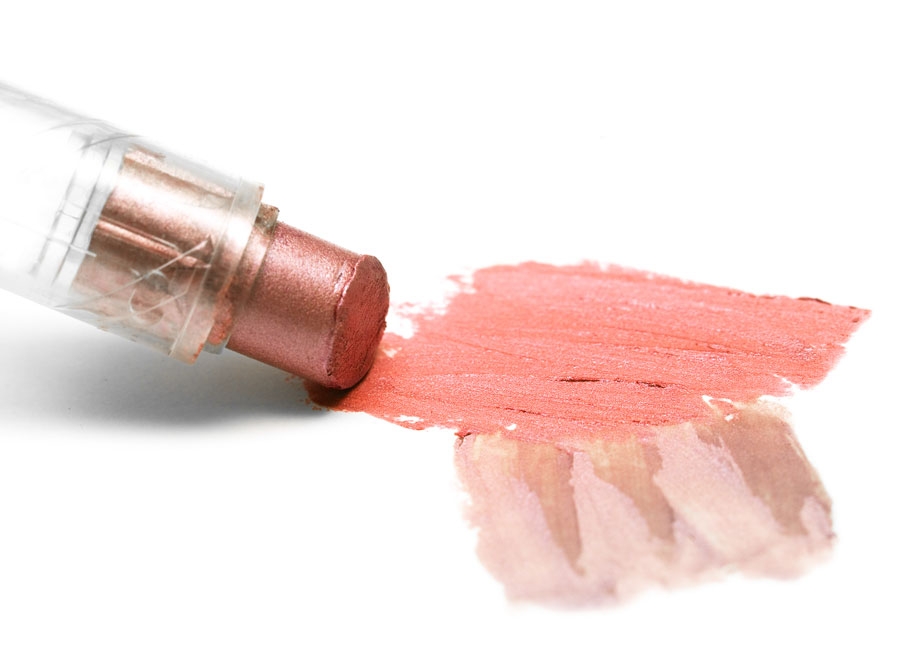 The Final Touch: Choosing a Makeup Line for Your Spa

As beauty professionals, there is no doubt that we know our products. The very nature of our business requires us…
in  Beauty
How to resolve AdBlock issue?
X