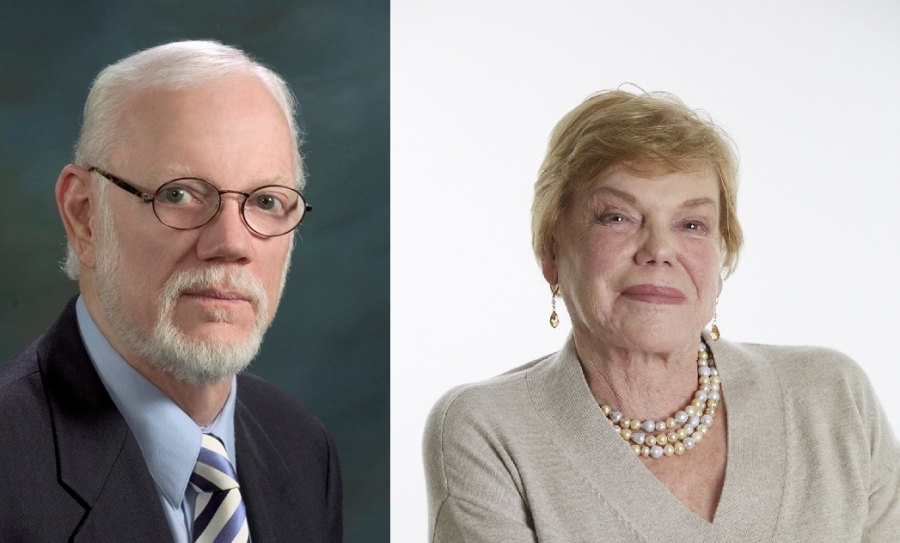 From ingredients and formulations to therapeutic modalities to aesthetic practices, Dr. James Fulton and Sara Fulton changed skin care at every level.

Dr. Fulton was the scientist, dermatologist, and formulator responsible for some of the most significant advances in modern skin care, including gold standards Retin-A (co-developer), stabilized benzoyl peroxide, topical erythromycin, and patented vitamin A propionate.

Sara Fulton was a noted researcher and formulator who used her vision and experience to launch one of the industry’s premier brands, Vivant Skin Care.

The two shared a business, a family, and a total devotion to both.

THE PATH TO SUCCESS

In 1965, just out of medical school, Dr. Fulton was working his residency at the University of Pennsylvania and found himself on a small acne research team headed by Dr. Albert Kligman. There was no project he would rather have been tackling.

Personal experience with severe cystic acne during his teens and twenties had propelled Dr. Fulton toward a career in dermatology and a Ph.D. in biochemistry. Having personally tried every acne treatment available at the time, including sulfur drying lotions, tetracycline antibiotics, ultraviolet light burning, freezing with dry ice, painful extraction, and x-ray treatments, the prospect of finding something that actually worked was exhilarating.

The turning point for Dr. Fulton came in 1967, in the form of a bottle containing a yellow liquid – vitamin A acid. While vitamin A had been used for years in dermatology, this was a new, active form thought to be the retinoic acid that the skin requires for regeneration. Dr. Kligman gave it to Dr. Fulton to study after others had given up on researching the substance because of its tendency to cause excessive peeling and redness.

Recognizing its potential for dramatic impact on skin, Dr. Fulton was not willing to give up on vitamin A acid. With Dr. Kligman as his mentor, Dr. Fulton pressed on, experimenting, revising, and improving the drug’s formulation until, in 1969, they perfected the formula now known as Retin-A.

While Dr. Fulton was working on the breakthrough that would become the gold standard for the treatment of acne and aging, Sara Fulton, having already earned a bachelor of science degree in pre-medical studies, was teaching anatomy and physiology to student nurses at Philadelphia General Hospital, where she also worked as a researcher.

Sara’s and Dr. Fulton’s paths converged during this pivotal time. In fact, Sara was one of Dr. Fulton’s first guinea pigs in his study of vitamin A acid.

“I peeled like a snake,” she said of the experience. “But after, my skin looked fantastic. He lowered the dose.”

When Dr. Fulton was offered a position at the University of Miami, Sara joined him there to continue her education and research. In 1970, during their lunch break, the two married and returned to their labs that afternoon.

When asked years later about their achievements, Sara noted, “Success came because of this laser-like focus.”

Dr. Fulton described the excitement of scientific research as “no different from the suspense of the investigative reporter on the track of a scandal or the detective on the trail of a suspect.”

The pair truly loved their work and the fact that they could share it. Sara described their life together as “always exciting.” She says, “We were two competitive people trying to accomplish as much as possible.”

A LIFETIME OF FIRSTS

Their shared obsession with science and discovery led to a lifetime of firsts. They opened the first acne clinics in the nation, beginning with one at the University of Miami before branching out to open nine more, including one in Venezuela. This sort of specialization toward acne offered new hope for thousands of acne sufferers. Dr. Fulton felt the medical community had failed him in his struggle with acne and made it his mission to change the process for others.

They mixed products in a blender in the back of their Miami clinic, while patients lined up to be seen and their household doubled as a laboratory with experiments bubbling on the kitchen stove. As their renown grew, so did their production needs. Sara soon became one of the first women to own and operate an FDA-approved manufacturing facility, the first of three opened in 1975.

Part of their successful treatments included extractions, something few dermatologists had the time or interest in performing at the time. Dr. Fulton had the idea to bring aestheticians into the practice to perform extractions. He developed a paramedical aesthetician-training program for that purpose and coined the term medical aesthetician in the process.

When he attended dermatology conferences, Dr. Fulton was sometimes greeted with incredulity for his unconventional ideas – the introduction of medical aestheticians among them. He earned the nicknames maverick and space cowboy, but his ideas proved groundbreaking and his perseverance legendary.

If there was a challenge to be overcome, the Fultons found a solution. When benzoyl peroxide emerged as a potential acne treatment, it had a stability and penetration problem. Dr. Fulton conquered both by suspending it in a water-based gel.

Dr. Fulton pioneered the use of mandelic acid for treating hyperpigmentation in darker skin tones when he noticed that many of his patients with dark skin tones found the acne products they relied on triggered hyperpigmentation. He knew that mandelic acid had been used for wound healing because of it its non-irritating, antibacterial properties and, with further exploration, revealed its melanin-inhibiting properties.

He developed the punchout and suture method for reducing the appearance of deep acne scars and invented the diamond fraise for dermabrasion, improving the results in dermabrasions by up to 50%.

Sara often participated in the clinical trials, trying products on her own skin before using them on patients. She worked alongside Dr. Fulton in the laboratory developing products, sourced the best USP raw ingredients to use in their formulations, and managed their clinics and production facilities.

Both having a passion for education and training, the Fultons developed instructional protocols, the client consent form, the pre-peel checklist, and aftercare systems that have become industry standards.

Along the way, Dr, Fulton authored more than 300 scientific papers, as well as the definitive skin care text “Acne Rx.”

Everything began with a simple goal. As Sara once described it, “The whole idea behind creating products was trying to defeat the acne problem, and that expanded into treating other skin problems.”

They had been formulating treatments for their own patients and their results were attracting the attention of the industry. Their mainstay ingredient, developed by Dr. Fulton, was vitamin A propionate, a non-prescription alternative to Retin-A that provided very similar results without the excessive irritation.

“We were getting referrals from the Cleveland Clinic and Mayo Clinic,” Sara said in 2018. “Word was getting around that we were having success without using antibiotics and without using Accutane. We cleared patients using topicals researched and formulated by Dr. Fulton.”

Dr. Fulton was being asked to speak at conferences where other dermatologists began asking to purchase the products to treat their patients.

It was Sara Fulton who envisioned a line of skin care products based on Dr. Fulton’s groundbreaking work and set about making it a reality. She began marketing the products and officially launched Vivant Skin Care in 1990, taking the name from the French word for “living well.”

In the years since, the line grew from four to over 60 products, including professional- grade treatments for in-office use. The Fultons trained hundreds of skin care specialists over the years. Their commitment to education continues with the online training program Vivant University, which Sara established in 2018 as her final contribution to the industry.

Though they are no longer with us (Dr. James Fulton passed in 2013 and Sara Fulton in 2019), their achievements continue to impact the industry through the gold standards developed by Dr. Fulton, through the aestheticians Sara and Dr. Fulton trained and mentored, through the transformative products they formulated, and through the skin care brand they built.