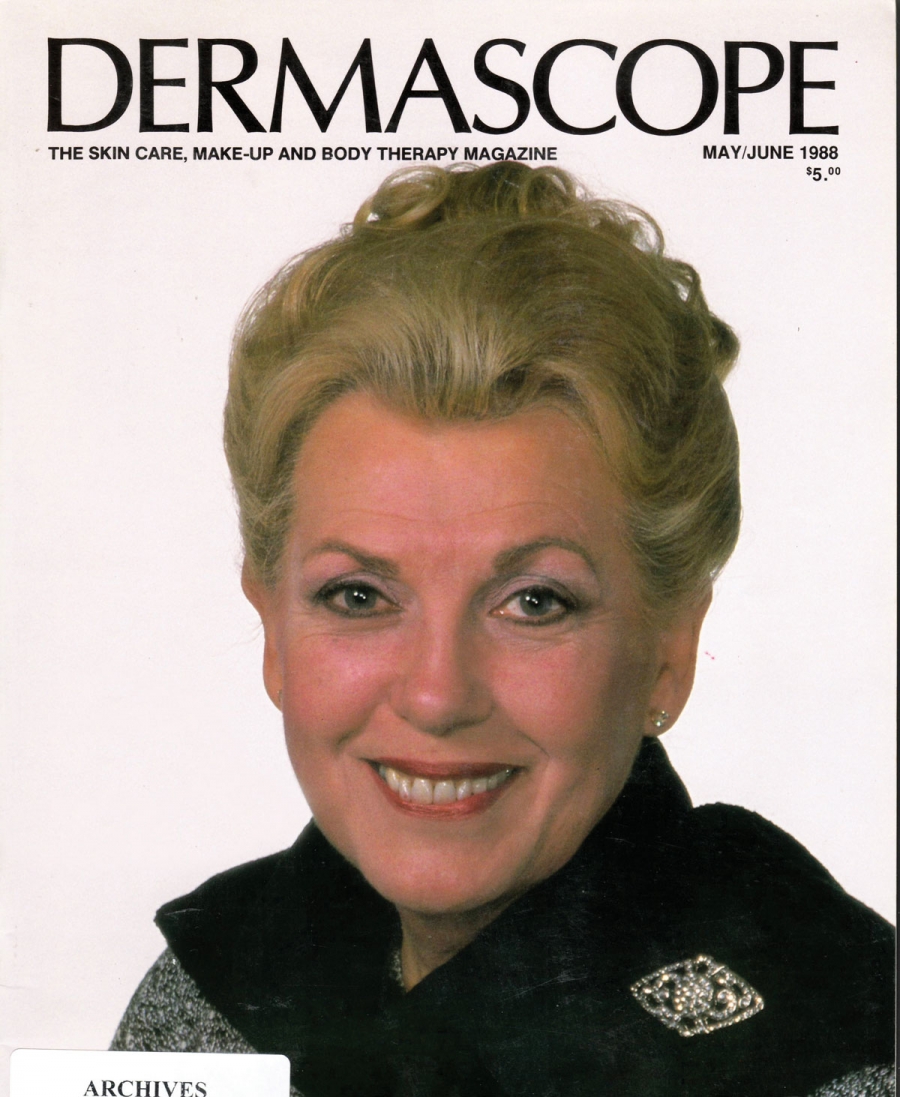 Mary Ann Graffeo, a renaissance woman of sort, with an insatiable desire to learn, teach, and progress, is a cosmetologist, aesthetician, makeup artist, businesswoman, paramedical clinical cosmetologist, and lecturer.  She has been a veteran in the beauty industry and a pillar in the field of aesthetics for more than 43 years.

Her makeup and face care expertise is sought by plastic surgeons and dermatologists alike for their patients who are under-going cosmetic surgery and treatment for skin disorders.  She owns and operates a successful skin care and makeup studio in the greater Chicago area while serving as an active member in multiple state and national associations, teaching aesthetics in her own private school, and serving as a freelance instructor for skin care equipment and products.

Over the years, she has been honored with numerous awards and much-deserved recognition for her outstanding perseverance with her craft.  Along with her colleagues, Mary Ann’s dedication to aesthetics has resulted in the establishment of the NCA’s EstheticsAmerica as a separate entity as well as the tremendous growth of aesthetics in Illinois, her home state.

Mary Ann was born and raised in Chicago and began her career as a hair stylist when she was only 18.  “My father bought me a salon and gave me the key.  From then on, I was on my own,” Mary Ann recounts.

Unbeknownst to her, this era in her life would represent the foundation from which she would build her lifelong career and develop her aspirations.

“Growing up came fast,” Mary Ann recounts.  “I began to realize that if I were going to be a success, I would have to pursue advanced education in skin care and cosmetology.  My cosmetologist’s license was only the beginning.”

In 1951, Mary Ann met and married Joseph Graffeo, who developed to nurture her ambitions and sharpen her business acumen. Ten years, later, with the birth of her lovely daughter, Kimberley, she sold her salon and for a short time devoted herself motherhood.

In 1962, Mary Ann and her husband opened a beauty supply wholesaling business, J.M. Beauty Supply.  For Mary Ann, this step represented experience in another aspect of the cosmetology field.  Mary Ann, however, yearned to channel her energy into more creative endeavors.  She wanted to learn more about her craft and educate as well.  It was this realization that she would need to learn more and to educate, that Mary Ann’s purpose began to unfold.

As a result of her dedication to education to and association work, Mary Ann soon became a member of the Board of Directors of the ICA on an affiliate level.  This was the first in a long line of association appointments that Mary Ann would hold.

In 1971, Mary Ann purchased on of the original Syd Simons Cosmetics studios and was trained in makeup artistry by the master himself, Syd Simon.  To further her education in skin care, she flew to Europe to study the European approach to aesthetics.  Later she would combine that knowledge with American technology to produce what would develop as an Americanized philosophy of Aesthetics.

Because of her involvement with the association, Mary Ann was continually educating her colleagues in her profession.  “I never stopped learning, and what I lean I share.  Good competition is good for everyone.”

The ownership of Syd Simons’ represented a pivotal point in her career.  It was at this time that Mary Ann would begin to commit herself completely to aesthetics, to progress in the field, and to help to determine its stature and destiny in America.  Mary Ann would help to shape the American traditions of aesthetics.

She began to foresee the future: “I made claims that in ten years, we would be seeing total salons and recognizing the seriousness of skin care and makeup application techniques in the field of cosmetology.”

Her quest was the establishment of the integrity of American aestheticians.

Mary Ann began to gravitate toward the “business behind the business,” to working behind the scenes to make the industry take notice. “We no longer had to rely on European methods.  We were developing our own.  The American aesthetician was taking the best of their world and combining that with the highest standards of American technology.”

Mary Ann soon became Secretary to the State Board of Directors of the Illinois Cosmetologist Association and has worked on the Board for approximately 15 years.  She succeeded late as President on an affiliate level in 1976.  At that time, Mary Ann was the first and only aesthetician to be on the State Board and the only aesthetician to ‘hold the position” of President on an affiliate level in the State of Illinois.

During her term as President, Mary Ann’s commitment to education and her enthusiasm for the profession doubled the membership of the affiliate.

In 1974, Mary Ann and a group of aestheticians formed an education/networking group in Chicago.  The following year while she was attending advanced classes in skin care in Dallas, Mary Ann met Ron Renee’ and Erica Miller.  At Mary Ann’s suggestion, the Chicago group of aestheticians merged with the Aestheticians International Association. Later, because of her commitment to association work, Mary Ann became Secretary of the AIA.  From 1982-83 she held the position of First Vice President, and in 1983 Mary Ann became President of the AIA and held the position until 1984.  Mary Ann Graffeo would succeed as the final president of the AIA before merging with the N.C.A..

In 1984, Mary Ann became instrumental in helping to form the Federation of American Esthetics (FAE), an organization combining and uniting three associations: the AIA, CIDESCO, USA; and Skin Care of America.

A year later, Mary Ann met with Ron Renee and Robert Diemer, both of whom were interested in the future of FAE and the American aesthetician.  All three agreed that a merger with the National Cosmetologist Association would solidify the identity of the American aesthetician.  “A meeting was set with Christine Valmy and Kay Acuazzo, and we asked if the NCA would allow us a separate identity as EstheticsAmerica.

In August 1985, the dream became reality when at their national convention; the Federation of American Esthetics unanimously voted to become party of the National cosmetologist Association’s newly formed EstheticsAmerica.

A recognized leader in her field, Mary Ann has won many awards and much recognition in her profession.  Among those already mentioned:

-In 1982, Mary Ann received an award for the State Publication of the year from the National Hairdressers Association.

-In 1985, Mary Ann, by appointment of the President of the NCA, was chosen as one of ten aestheticians across the nation who would form a select committee known as the prestigious “Esthetics Section” of HairAmerica.

-Also in 1985, Mary Ann received an award from the Federation of American Esthetics for recognition of her outstanding contributions to the profession of aesthetics

-In addition to being instrumental in establishing EstheticsIllinois, Mary Ann served as its Chairwoman in 1986 and holds that position today.

Once again breaking new ground with yet another phase of her profession, “clinical cosmetology,” or paramedical corrective and camouflage makeup for burn survival victims and individuals disfigured from birth defects.

Mary Ann has begun working with cosmetic and reconstructive surgeons, performing pre and post-operative makeup workshops with patients and teaching clinical cosmetology to licensed cosmetologist, aestheticians, and students interested in the field.  “Clinical cosmeticians provide a much-needed service for pre and post-operative patients in camouflaging both temporary and permanent disfigurements such as burns from injuries or surgery, inflammation from acne or chemical peels, birthmarks such as port wine stains, and burn survival.”

As part of her studies, Mary Ann has recently completed a three week training session with Marvin Westmore in California.  “Much of the work is psychological,” she says. “These individuals experience all of the traumatic phases associated with suicide - depression, anger, despair.  They don’t expect utopia; they only want normalcy.”

In her spare time, Mary Ann teaches aesthesis in her private school, Mary Ann Graffeo Advanced Aesthetics.  She also has taught career training through the cooperative education programs of area high school; cosmetology for the School of Continuing Education at Southern Illinois University; classes in skin care and makeup at the Midwest Beauty Shows; and classes in skin care for the Chicago Cosmetologist Association.

It was with Mary Ann’s influence that Illinois became one of the first sates to offer Esthetics in the continuing education program of tone of its state universities.  Mary Ann also helped to galvanize legislation fir separate licensing for aesthetics in the State of Illinois.

When asked to recall her most memorable experiences, Mary Ann mentions an encounter with actress Patricia Neil.

“In 1978, following her recovery from a massive stroke, Patricia Neil came to Illinois to organize a benefit to raise money for the rehabilitation of stroke victims.  I did her makeup for the benefit.

In retrospect, we see an unparalleled enthusiasm for her profession and an undying commitment to the American aesthetician.  Mary Ann has realized her purpose and her dream through decades of perseverance, motivation, and success.  “The way you develop ideas is by learning and growing and sharing.  If you love your profession, you never stop growing, as long as you stay involved.”

“Mary Ann was instrumental in establishing Aestheticians International Association, Inc. when she came to Dallas to a seminar that was being held by A.I.A.  Through her efforts in persuading Illinois to become A.I.A.’s first State Section, A.I.A. grew to numerous state and international sections.  As founder, I have never seen a person more devoted to the advancement of education and public awareness than Mary Ann.  She has spent many hours, days and weeks working for the associations to help improve the aesthetics’’ profession without remuneration or personal gain.

During the A.I.A. Congresses Mary Ann was presented the Golden Eagle award in 1983 and the Silver Platter award in 1984.  She has been awarded several Oscar Awards of Aesthetics’ which lead to her receiving the ACADEMY OF LEGENDS AWARD.  She will be honored along with the other Academy of Legends at a Gala during the First Annual Aesthetics’ World Expo, Sept. 24-27, 1988 at the Grand Kempinski Hotel in Dallas, Texas.”