Marvin Westmore - A Legend in Aesthetics 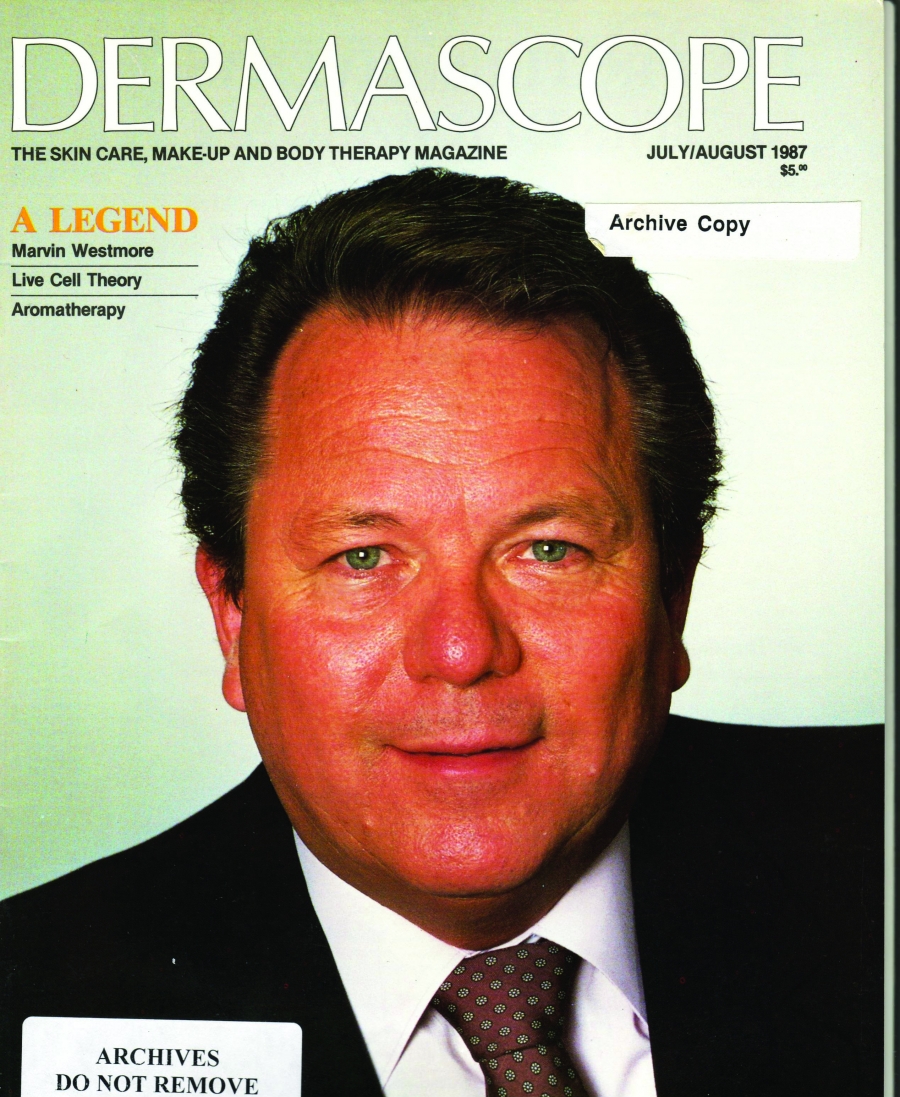 Marvin Westmore--- A Legend in Aesthetics

The name Westmore is to makeup what the name Ford is to cars.  They founded the arena of makeup for the Hollywood Motion Picture Studios going back to the days of silent films.  They developed the methods that made starts look old, young, beautiful, ugly, big, small, etc.  at one time or another, a Westmore headed up the makeup departments at Paramount, Universal, Warner Brother, RKO, 20th Century, Fox, Selznick, Eagle-Lion, First National and a dozen other movie lots that once flourished in the motion picture industry.

The Westmores’ creation of horror and aging makeup helped bring movies from a make-believe medium to a realistic one.  They made up every star from Greta Garbo to Humphrey Bogart.  Cecille B. DeMille wouldn’t even make a movie without a Westmore by his side.  The famous House of Westmore was the most famous beauty salon in the world for 30 years.  Often one could find Louella Parsons and Hedda Hopper seated on the elegant couch in the waiting area waiting for some stars with gossip.

Although Westmore remains the makeup master of the Hollywood Studios, he has branched out into other area as well.  He is the pioneer of what is now called, “paramedical makeup” and he is the founder of the Westmore Academy of Cosmetic Arts, the most prestigious training ground for makeup artists in the country.  As a result of attending the school, one makeup artist interested in the paramedical field got a job at the Mayo Clinic over many other applicants after she said she had trained at the Westmore Academy.

What Westmore finds the most satisfying is helping people who need his help the most.  Makeup is not just for making some one model beautiful.  Sometimes it’s to make people secure enough to appear in public.  It’s for people who have been in bad car accidents, bad fires, have been disfigured or scarred, have had plastic surgery, have unconceivable birth marks or skin diseases, etc.  He began the art of “paramedical makeup” after he was contacted by a plastic surgeon to help a badly scarred patient.  Then he started to do more and more of it as other plastic surgeons learned of him and made the same request.  The psychological transformation in these patients who now had the confidence to live more normally and go in public confidently led Westmore to take the area of paramedical makeup much more seriously.

He started developing better and better techniques and makeup.  His studio makeup experience of turning people old, ugly, etc., helped pave the way.  People who were reclusive from their accidents were now working, dating etc.

Plastic surgeons saw that although they could do a lot, they could do anything for the moral of the patient or for their self esteem.  How most of them looked to themselves caused many to become reclusive, self conscious and unhappy.  So Westmore began creating techniques and special cosmetics specifically for skin grafts, burn scars, surgery scars, bruises, birth marks, and skin diseases.

The school is Marv’s second love.  He started the Westmore Academy in 1982 and it quickly turned into one of the most prestigious makeup academies in the world.  People come from as far away as Europe, Japan, Australia, South Africa, Canada, etc.  The school provides very sophisticated training in Salon Makeup, Paramedical, Photography, Fashion, Fantasy, Historical, and Motion Picture Television.  The school teaches the famous “Westmore Techniques” which until a few years ago were well help Hollywood secrets.  Now they are made public through the school, so makeup artist, aestheticians and cosmetologists can have access to them for their clients.

According to Westmore “simplicity is the key to the Westmore Method.  We hear over and over again about how customers go to have a makeup lesson or to get their makeup done and walk out made up with what they call ‘war paint’.”  They’ve often paid $40.00 for the lesson and hundreds for makeup they realize they will never wear again.  They usually discover when they get home that although it might be an interesting look, they don’t feel comfortable with it or like themselves.  Its not how they want to go to work or out to dinner with their husbands or dates.  So often the makeup artist loses customers that would normally come back if they had a better experience.”

What Westmore teaches for Salon Makeup at his school is how to be a no-limit makeup artist. He teaches them how to be more then someone who is dependent on selling products but how to be an actual cosmetic consultant that the customer confides and depends on over and over again.  He teaches them how to work with the client to produce that result.  He teaches them how to find out what kind of person they are working with and what kind of lifestyle they lead.  Then the makeup artist will know how to give them several appropriate looks that match their particular activities in life.  Just whether they spend most of their days indoors and outdoors will change the makeup typed to be used.

According to Westmore “the no limits makeup artist is a Personal Image Consultant/Instructor/Makeup Artist who objectively observes and analyzes the clients needs, who listen to the client’s wants, who determines the client’s level of capability (95% do not have the same talents and capabilities of a professional makeup artist) and level of fashion awareness.  They then create a makeup procedure for the client that can be easily reproduced by the client with simple yet thorough instructions.  All this is done with no sales pitch for products.  What we have discovered is that if the client likes what she sees and likes how she feels from your thorough instructions, then she will be her own best sales person for the makeup and skin care products,” says Westmore.  “She might not buy as much initially but she will become a loyal customer.  She won’t go home and wash her face.”

Westmore also stresses to his students that they earn more income by adding skills in photography, fantasy paramedical, television, etc.  That way they can also take extra jobs doing work for magazines, parties, paramedical victims, television stations, etc.  They will have those added skills.

In addition to his work on the sets of motion pictures and television shows, teaching at the school, contributing time to hospitals, adding to his own makeup line, etc., he also finds time to privately consult with paramedical victims and people who need specialized makeup or skin care.  For further information contact the Westmore Academy of Cosmetic Arts, 15445 Ventura Blvd., Suite 8, Sherman Oaks, CA 91403, (818)906-1815.

Marvin Westmore is a third generation Westmore.  He has himself, done over two hundred movies and television shows.  He started in the golden days of television, working on such shows at Art Linkletter’s house party, Playhouse 90, The jack Benny Show, The Danny Kaye Show, etc.