Mark Traynor- A Legend in Aesthetics 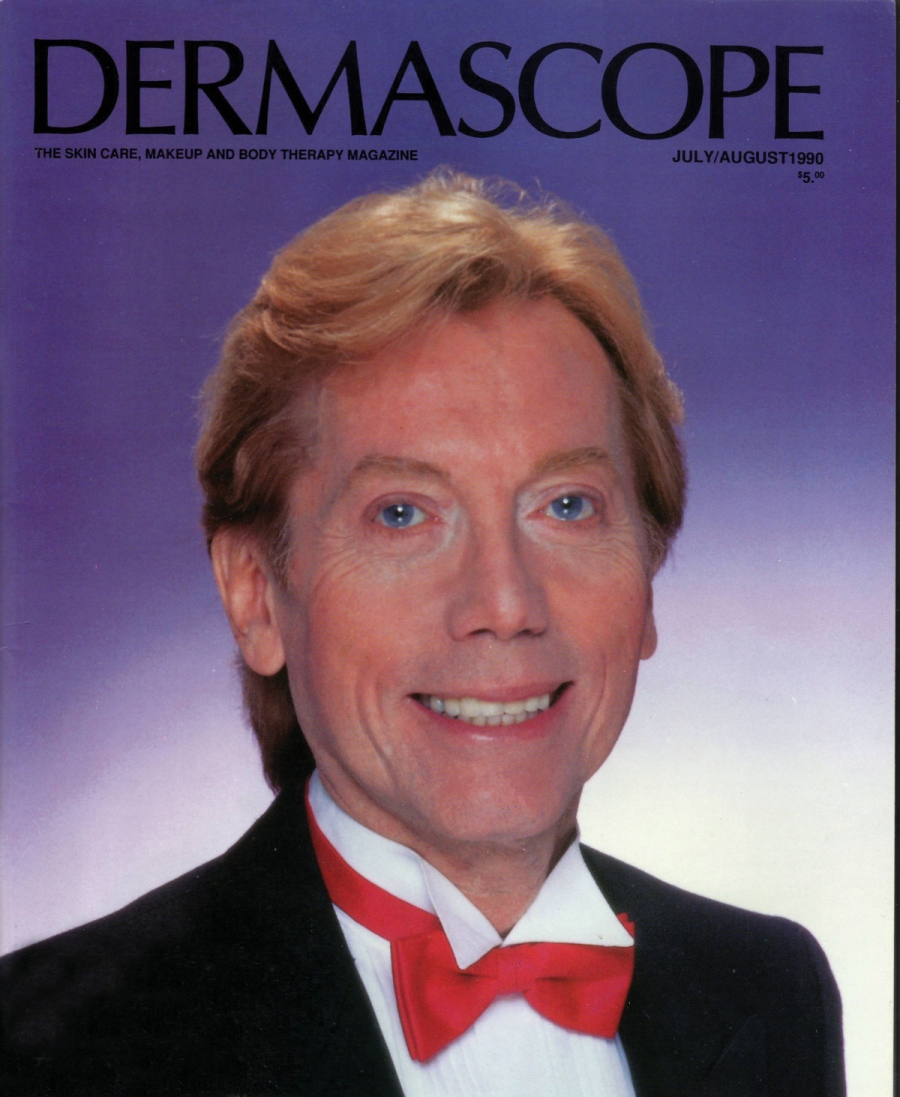 Mark Traynor- A Legend Through Time

Antoine, the very famous French hairstylist, made a dramatic appearance in the archway of his luscious Parisian salon.  He was indeed singularly elegant in his beautifully tailored suit, a soft dove grey with a hint of blue.  He tinted his unique coiffure the exact color of his suit.  His outstanding appearance was not lost on his devoted and adoring clientele.

At the age of fifteen, Mark Traynor graduated high school, the youngest member in his graduating class.  He had not decided on his life’s profession, although his unspoken fantasy was to become a plastic surgeon.  Before he had to decide, his mother kept her promise to give him, as a graduation gift, a wonderful trip to Paris.  So here they were on the second day of their arrival in Paris at the exclusive salon of the hairstylist, Antoine.  They were next in line for his ministrations.  “a new coiffure for Madame Traynor and the petit garcon, n’est pas,” said Antoine, more as a statement than a question.

A lively discussion followed between Antoine and Mark, a combination of French-accented English and America-schoolboy French.  During the next two hours, Mark impressed Antoine with his astute observations on beauty and fashion and his intense interest in the beauty profession.  Mark so impressed Antoine that he offered to remain in Paris and apprentice under the master himself.  Thus started a lifetime romance between Mark Traynor and the glamorous world of fashion and beauty.

Back in New York, after working in several Fifth Avenue salons, Mark received an offer he couldn’t refuse.  He became the youngest member of the styling staff at the prestigious Charles of the Ritz salon.  For the next five years, he styled some of the most famous and noted heads including royalty, socialites and film stars.  His clientele became legion.  They were devoted to his exquisite and flawless creations “Once in Mark’s hands,” they said, “you can’t let anyone else touch your hair.”

After a short time, management decided to let Mark create the hairstyles for their advertisements.  This gave him an opportunity to influence the hairdressing profession on a national level.  Mark Traynor likes to say, “Life is like a book made of many chapters.  When you complete one chapter, go on to the next without rereading the book.”

And so in the next chapter and with the encouragement of his family, Mark opened his salon on elegant Madison Avenue in New York.  His brother Edward was the manager.  His friends, Selma and Larry Gore, were his public relations advisors.  His mother, Rosalie, always his faithful and staunch admirer, was there with constant encouragement, as well as the financial backbone.

The salon took off like a rocket.  Women came from far and wide to be made beautiful by the name dubbed “Society’s Mad Hairdresser”, a title given him by no less than famed journalist, Dorothy Kilgallen.  His penchant for bizarre dress and attitude helped make him every columnist’s favorite subject.  The renowned Walter Winchell always found space in his column to remark on the latest escapades of Mark Traynor.

Although his work was always artistic, original and wearable, Mark did nothing to dispel his public image as a wild and somewhat eccentric genius.  At times he tinted his blond hair an emerald green in this per-hippy, pre-punk era.  Also, he worked with a live Capuchin monkey on his shoulder.  Mark garnering front page headlines with his sometimes high fashion and sometimes outrageous hairstyles.  His salon became the focal point of gossip.  You might find there a Duchess sitting next to a movie, star, seated next to a high-priced call girl.

During the wildly imaginative period in Mark’s life, he created and popularized some very unique hairstyles.  One of these he name “The Butterfly”, more widely known as the “Wing Wave”. Later he created the immensely popular “Flip”.  The Salon gained still more fame.  You might find such recognizable faces as Marilyn Monroe, Tallulah Bankhead, and Comedienne Kay Ballard; a very diverse group indeed.

Fame brought its rewards and its problems.  By now, there was a small chain of five salons.  Brother Ed had left to go on to the other endeavors and Gores went on to handling famous stars of stage and screen.  The pressures of big business limited opportunities to create new styles.  The time had come to review his life and perhaps turn the page to a new chapter.  Six weeks later Mark sold his salons, vacated his apartment, and said his god-byes.  On the Ile De France, watching the retreating skyline of New York City, Mark headed towards life’s next adventure.

Mark spends the next few years in idle travel and adventure throughout Europe living the life of the true dilettante.  But, even total leisure can pall, particularly for the artistic soul.  So, Mark decided to settle in Paris and found a small apartment in the stimulating bohemian atmosphere of portrait painting, which further inspired him to study the art of makeup as more a immediately gratifying form of expression.  He studied with renowned film makeup artist, Jean D’Estrees at one of Paris’ most elegant fashion locations.

After a six-month study period in the aesthetics of skin care and makeup, Mark returned home to New York.  On his day of departure from Paris, a friend at L’Oreal suggested he contact their New York Company, Cosmair, about helping to create their first cosmetic line.  And so, on just such a fragile gift of fate, Mark Traynor became the Makeup and Beauty Director of L’Oreal of Paris, back home in New York.

The next few years were very busy ones for Mark.  He helped create new cosmetic advertisements and traveled all over the county appearing at trade shows and designing new hair and makeup styles.  Through inspirations at these trade shows, Mark created face and body painting, an art form that was totally unknown at that time.  His work became nationally recognized.  It inspired the body painting of the so-called flower children of the 60’s and the wild face designs of rock groups such as Kiss.  His artistic creations and renewed fame landed him on Johnny Carson’s show twelve times.  In addition, he made numerous appearances on Merv Griffin, Mike Douglas, David Frost, and dozen of metropolitan news and talk shows all over the country.  It was on these programs that he introduced his famous facial designs and jeweled wigs for evening wear. He pioneered slip-on-wigs for men, his now well-established “Temporary Face Life” and his “Isometric Beauty Band” --items that have revolutionized the beauty world.

Mark finally left L’Oreal and became a free- lance makeup artist and hair stylist.  In the ten years since, his endeavors have been many and varied.  He set up the only continuous professional makeup classes in the country, headquartered in New York.  Since then, the thousands of makeup artist he has trained have become stars in their own right working in TV, film and the fashion world.  Mark’s own makeup has been featured in hundreds of advertisements and editorials, including Vogue, Harpers Bazaar, Glamour and Seventeen.  The famous faces he’s worked n include Cheryl Tiegs, Lauren Hutton, Cybil Shepard, Iman, Grace Jones, Joan Rivers, Barbara Walters and Barbara Cartland to name but a few. In his spare time, he helped create the first line of cosmetic and skin care for Coty, and also designed a group of wigs and hairpieces for Max Fleisher and Oleg Cassini.

More recently, Mark decided to set down some of his work in book form.  His published works include “Sculpture Styling,” “The Professional Makeup Artist’s Guide” and “Mark Traynor’s Beauty Book.”  His most recent is “A Classic Approach to Makeup for Fashion, Film and Theater.”

Inundated with work, Mark decided to start yet another new career.  He designed a line of cosmetics sold only in beauty salons under the name Mark Traynor Cosmetics.  Inspired by some of the techniques used on movie stars to give them the illusion of youth, Mark created the Temporary Face Lift products.  Today, thousands of women, as well as makeup artists in film studios, TV and theater, use these products to maintain a youthful appearance.

In what is almost a return to childhood dreams, Mark now works with plastic and cosmetic surgeons.  He takes pre and post-operative photos of clients.  Then, on the same client, he does the makeup, hair and wardrobe styling.  His artistry changes them into beautiful and glamorous visions of his new love, glamour photography.  Combining all his past knowledge and talent, Mark holds exclusive classes for professionals in the art of photographic makeup.  Mark says “If you can create beauty for the all-seeing eye of the camera, you can create the ultimate makeup for any person or situation.”

At one of his recent lectures a student asked Mark, “How did you get where you are now?”  Mark answered, “It takes some talent (which a lot of you have), luck (being in the right lace at the right time), and perseverance.  And, oh yes, don’t be afraid to be different, to take a chance, to follow your heart and mind, -- and Never Look Back!”