Judith Sans- A Legend in Aesthetics 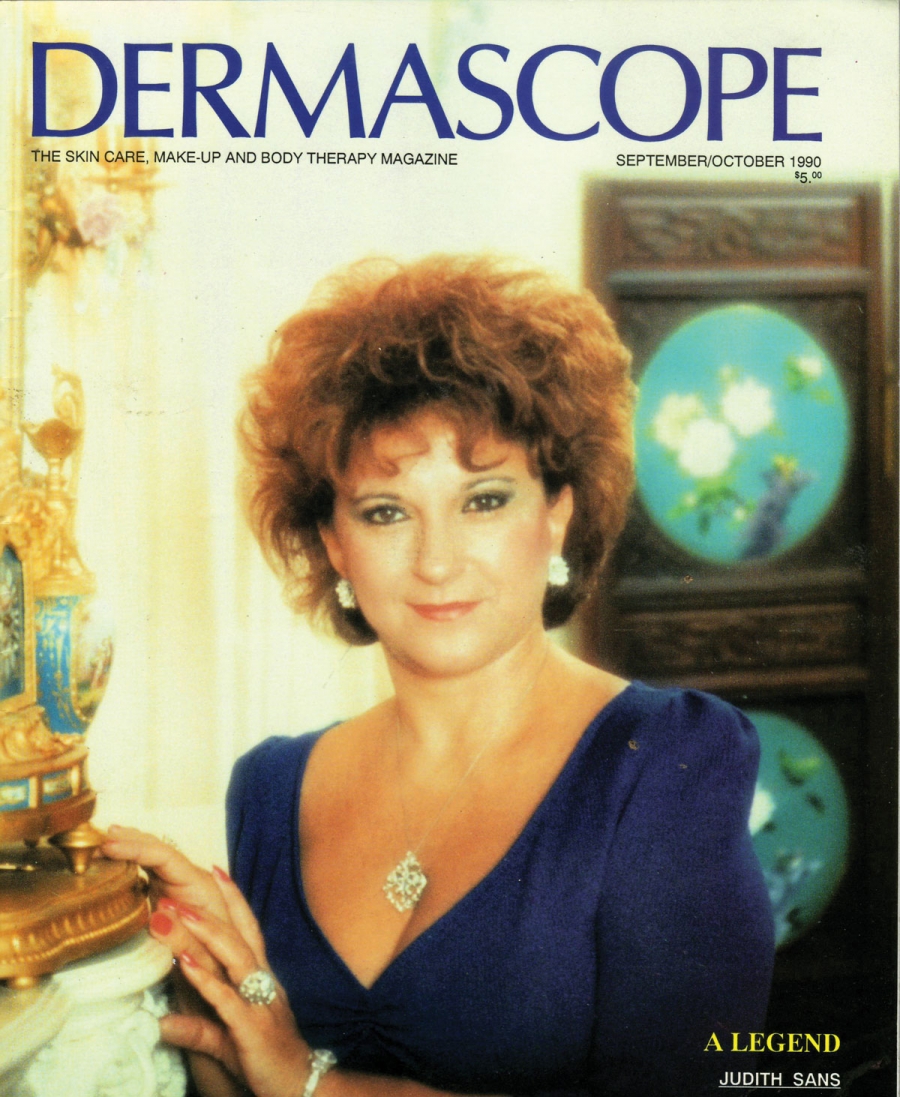 Judith Sans- A Legend in Aesthetics

“Beauty is only skin deep”, goes the old saying.  But, for Judith Sans, founder and president of Judith Sans International, that beauty starts from within.  “Saving face” is her business, and it thrives on preparation made with ordinary frits and vegetables.  Judith often jokes about her childhoods surrounded by a Hungarian mother and a host of vain aunts, “We’d eat party of it and slap the rest on our face”.

This amazing entrepreneur -aesthetician-humanitarian trained in Europe and New York before bringing her doctrine of natural preparation and good nutrition to the beauty industry.  A nutritionist by profession, Judith Sans became known for her philosophy of prevention, correction and maintenance before camouflage (with make-up), and quickly built a reputation for lasting results.

Catapulted into the beauty industry through events that could have crushed a fainter hear, Judith parlayed $800.00 (loaned to her by friends since the banks at that time considered a single woman a bad risk), and the natural skin care regimen she learned as a child into the highly successful, Atlanta-based Judith Sans International, a manufacturing, service and educational enterprise.

As a forerunner in the American awakening to health conscientiousness, and a staunch advocate of natural products, Judith’s innovative approach to skin care made her a principal lecturer at home and abroad.  A member of CIDESCO, her expertise won her the honor of being the first American woman invited to address the doctors of the Moscow Institute of Oncology, where she consulted with Dr. Kolynhenko on the relationship of sun exposure to the development of skin cancer.  The Soviet doctors were particularly interested in her unique, all-natural skin layering techniques involving no acids or harsh chemicals.

In conjunction with the U.S. State Department, she has also lectured throughout the People’s Republic of China on the subject of health and nutrition.  In an exchange of international good will and information with the “barefoot doctors” of China, Judith brought home a renewed interest in the healing and rejuvenation properties of many exotic herbs which she quickly began to incorporate in her products and treatments with great success.

Her love of people, and dedication to the message of health and well-being that she shares, has taken Judith Sans into countries around the globe.  Highly respected in medical circles, she has been a consultant to such notables as Dr. Anna Aslan of Romania; Dr. Kolyhenko of he Moscow Institute of Oncology; Dr. Irwin Fleissner of the Sloan Kettering Institute, NYC; Sun Star Pharmaceuticals of Japan; Occupational and Environmental Research Center, University of Alexandria; Ministry of Health and Science, Egypt; Stellenbach Academy of Cape Town, South Africa; Ujama Unlimited of Lagos, Nigeria; Pollena Institute of Warsaw, Poland; and the Institute de health of Masada, Israel.

At home, Judith became the Director of Training and “Ms. Skin Care” for Glemby International, and as such, was responsible for the training of personnel at Kenneth’s of New York, I Magnin of Beverly Hills, Bergdorf Goodman, and a host of other concerns from coast to coast.  it was a great thrill to Judith when she was asked to develop a special line of skin protection sports product for the Lake Placid, New York, Winter Olympics.  Another project that claimed a great deal of Judith’s personal time and attention was the development of the South’s first “Total Care Life Spa” which administered to the needs of obese, anorexic, bulimic, alcoholic, and drug addicted individual.  Though she has now turned this project over the health care professionals, physical and mental restoration is still a major theme in the drive that propels Judith forward each day.  She draws life from giving; giving hope, giving confidence, giving a new quality to life as she touches others in her personal and professional life.

A liaison for President Reagan’s “Imitative on Women Business Owners” program, and member of the International Foreign Financial Advisory Council, one of Judith’s most cherished awards was her visit to the White House to be honored by President Reagan as one of the eighty-five top women entrepreneurs in the United States.  Recognized for personal achievement in the 14th edition of “Who’s Who in American Women”, Judith was chosen as the only member of the cosmetic industry to tour as a liaison of the Federal Trade Commission in Japan, Hong Kong, Taiwan, and Australia.  Far from being limited to governmental concerns, Judith has also made her mark in the arts.  Her expertise has been enjoyed by many well-known entertainers, but her greatest thrill was to be called as a consultant to the old and respected Kabuki Theater and Geisha Ensemble of Japan.

As a lecturer and motivational speaker, Judith has had the pleasure of speaking to some of the most prestigious groups in the country, including Inc. Magazine, the U.S. Postal Service, the Small Business Administrations, as well as school and business organizations throughout the nation.

Currently Judith is pouring her indefatigable energies and her thirty years of training and experience into creating a legacy for the industry she loves.  “Education is the key to survival and success”, says Judith, and she has dedicated herself to advancing that cause.  From California to Boston, Chicago to Dallas, Judith Sans diligently carries the message of continuing education for skin care professionalism.  Judith has created a complete educational skin care system, Interactive video training tapes, and written instructional materials promoting the “total image” concept that she sees as the wave of the future.  She expresses her personal vision this was, “I have enjoyed such a bounteous inheritance of health, stamina, and “good sense” values that my greatest pleasure in life now is to pass this legacy along to up-and-coming young professionals in the exciting industry.”