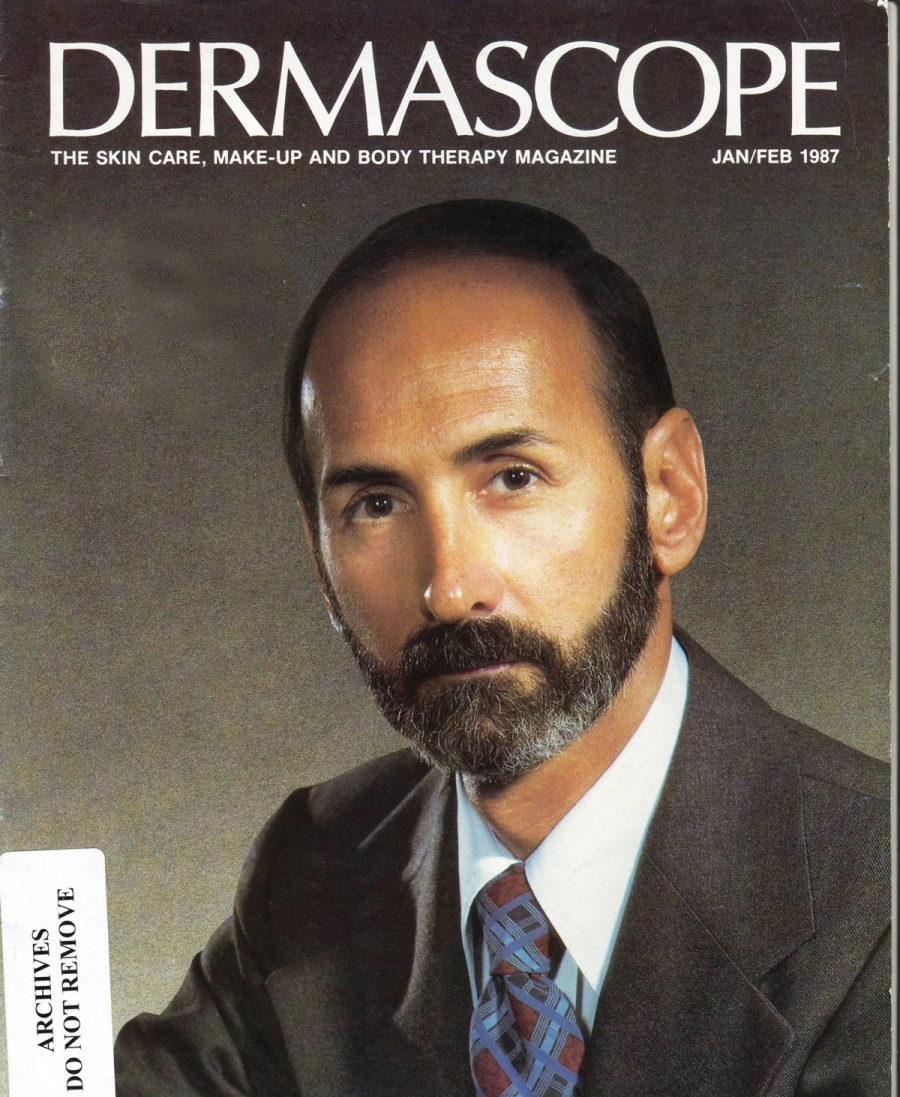 When Joel Gerson graduated from high school in Detroit, he had no idea what he wanted to do as a career.  He drove a truck for about a year delivering building supplies to housing projects.  Then, after serving two years in the army, he returned home still not knowing what it was he wanted to do.  Then a friend of the family who owned a beauty salon suggested that Mr. Gerson attend cosmetology school.  When Mr. Gerson started school, he did not know the difference between a hair pin and a bobby pin.  Three months later, he told his father that hairdressing was not for him and he was going to drop out of school. (As he says now looking back at those days, “One day I was holding an M-1 rifle and the next a Lady Ellen hair clip.”)  It was then his father gave him the following advice:  “Finish school, and get a license, and no matter where you go, you will always be able to find work.”  And he was right.

It was during these years spent as resident makeup artist at the famous House of Revlon that he became even more concerned with the importance of skin care.  It was one thing to apply makeup to the faces of beautiful movie stars and society women who already had a working knowledge of the value of proper skin care, but what of the millions of women who did not posses perfect features and flawless skin.  This was not to say that all movie stars and society women are without problems, but because they are in the limelight, they are generally more conscious of the condition of their skin care more likely to seek help.  Mr. Gerson contends that the finest makeup in the hands of the most skilled artist did not take the place of naturally beautiful skin glowing with cleanliness and good health.  It is his conviction that every man and woman from every walk of life should take advantage of facial treatments to keep their skin health and youthful looking.

It became evident to Mr. Gerson that salons not offering facial treatments were missing a vital opportunity to provide a much-needed service, and moreover were losing extra revenue both in services and the sales of products.

One day there was an advertisement in the New York Times for a school that taught facial treatments and makeup.  Mr. Gerson went to school and asked to see the owner.  The owner was Christine Valmy.  He told Miss. Valmy he would like to be a teacher in her school.  About three months later Miss. Valmy called him at home and asked him if he would be interested in managing her facial salon.  That began a seven year business relationship.  He began teaching evening courses in the school and discovered his love was teaching.  In 1974, he was promoted to Vice President of the Education Division.  In addition he conducted a series of seminars, coast to coast, promoting skin care in the beauty salon.  His expertise in facial treatments was enthusiastically received.

When he began to teach esthetics, he realized the inadequacy of educational materials available for training estheticians.  There were, of course, many reference books on the market, most of them from Europe.  He was unable to find, however, a practical “how to” book, or comprehensive course of study that was both easy to understand and thorough in its contents.  What was needed was a text proving step by step illustrations that teachers and students alike could follow with ease.

As so many other educators in the cosmetology fields, he turned to Milady Publishing Corporation for assistance.  This was the first step in the realization of his goal to create a textbook for teaching esthetics that would meet the needs and standards of American schools, their teachers, students, and state boards of cosmetology.

The STANDARD TEXTBOOK FOR PROFESSIONAL ESTHETICIANS, by Joel Gerson, is the product of many years of research and experience as a professional esthetician and educator.  Mr. Gerson is grateful to the many professional people at Milady Publishing Corporation who have given so generously of their time and knowledge working with him in the preparation of the material, and especially to Ms. Bobbi Ray Madry, writer and research specialist.

In reviewing the book for the NATIONAL BEAUTY SCHOOL JOURNAL, Erica Miller, A Diplomat of CIDESCO International said: “In a word, this book is an answer to an esthetician’s prayer…; this book finally sets America on its own in the field of esthetics.  Everyone in the beauty field in America-whether the prospective student of esthetics or the veteran cosmetologist- - must read the study this book.”

The book is now in the 5th edition and has been revised with each edition.  It has become the most widely used textbook for estheticians in the United States, and is also used in cosmetology schools in Australia, Canada, England and South Africa.  In 1986, the book became available in Japanese.  Since its first printing, over one third of the States now have separate licensing for estheticians and cosmeticians.  According to PRODUCT MARKETING MAGAZINE, “many people in the trade consider the book to be the ‘bible of skin care”.  AMERICAN SALON MAGAZINE calls Joel Gerson the “Master of Skin Care Education.”

Mr. Gerson’s articles on facial treatments and skin care have appeared in numerous publications including MODERN SALON and AMERICAN SALON for which he has been an editorial consultant.  He has also appeared on television and radio talk shows around the world, and has shared his expertise with thousands of salon professionals who attend regional and international seminars and workshops, including: Alaska, Hawaii, England, South Africa, Monte Carlo, Belgium, Canada and Hong Kong.  In 1981, Mr. Gerson toured the country as a spokesman for the Lever Brother Company.  He has trained cosmetology teachers at various state board of cosmetology seminars, and has advised some of the world’s most famous women on makeup and skin care, including:  Barbra Streisand, Dina Merrill, Eve Arden, Arlene Dahl, Ann Miller, Leontyne Price, Anouk Aimee, Bess Myerson, and Maud Adams..

At present, Mr. Gerson serves as a technical consultant to a number of major manufactures and presents his educational concepts at cosmology shows, for example, the National Nail & Skin Care Expo in Chicago in November.

Mr. Gerson says that in order to be successful in the field of esthetics, you must put your creative imagination to work, visualize your goals, then work in that direction, love what you ware doing and CARE TO BE DIFFERENT.

Mr. Gerson is a licensed cosmetologist and holds a teaching license for Esthetics Scientific Facial Treatments and Makeup from the University of the State of New York.  To contact him, write to:  Joel Gerson, c/o Textbook sales Company, 247 East 77th Street, New York, NY 10021