Alexander Desy- A Legend in Aesthetics 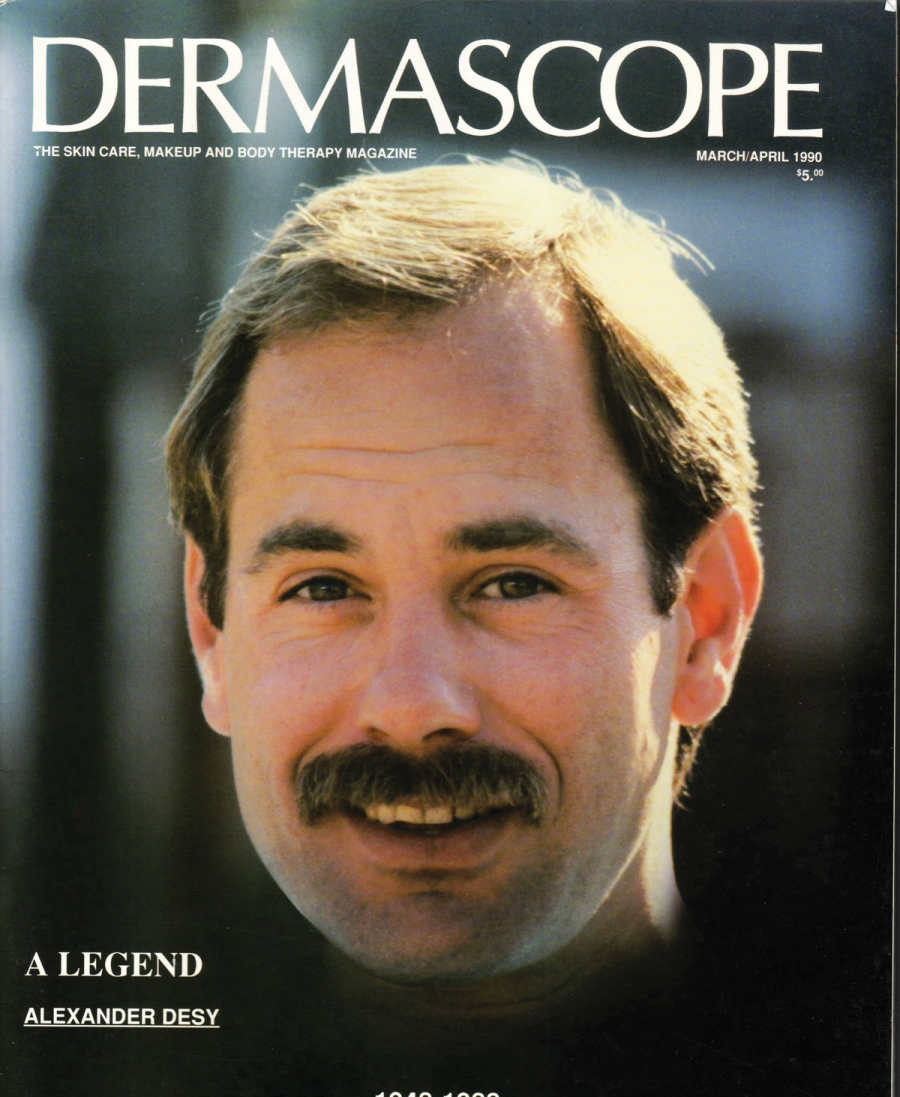 Alexander Desy- A Legend in Aesthetics

Alexander Desy was concerned professional aesthetician who believed that only the best was good enough both for his profession and his clients.

Alexander came to aesthetics shortly after receiving a B.A. degree in English from Michigan State University in 1971.

In 1977, he received his aesthetician’s license from one of the finest aesthetics schools in the United States.  He then became owner of an aesthetician at Prima Facie Salon in San Francisco.  Alexander always enjoyed the challenge of working with his clients every day and trying to correct all of their skin care problems.

Yet, in April of 1983, he undertook an even grater challenge.  He became the sole distributor of SOTHYS Skin & Body Care Products in the state of California.

It was then that Alexander’s Aesthetics was born and grew to become an exclusive supplier of skin care accessories for the professional aesthetician.  Alexander attended the intensive educational and training courses of SOTHYS in Miami.  These same rigorous courses of study are now offered at training centers both in San Francisco and Los Angeles.

For Alexander, to educate and train an aesthetician was his most important goal.  He felt that since he was an aesthetician himself and had worked in the field for many years, he could provide the aesthetician with real and constructive support.

It was also Alexander’s desire to open a place that would provide total service to the professional aesthetician.  By offering accessories, equipment, and the complete line of SOTHYS products, Alexander believed that this was the first business of its kind in the country.

Training classes proved to be very successful and informative to all attending aestheticians.

Margaret Desy, Alexander’s mother, came to California to join forces with Alexander’s Aesthetics and become a very important part of Alexander’s efforts.  She answered the phones to take orders from all over California.

Alexander soon met his objectives in San Francisco and then looked for other regions to which to provide his unique services.

With the growing demands of the Los Angeles aesthetic community, Alexander’s Aesthesis then felt the ideas that had started taking root in Northern California might also grow in the southern part of the state.

In April 1985, Alexander’s Aesthetics opened a second office and training center in exciting Beverly Hills, California.  They Beverly Hills office offered the same services and educational classes as the San Francisco office.  The location of this new office, though, would be more comfortable and accessible to those aestheticians in Northern California.  The beautiful showroom was then opened for all professionals to experience.

In 1988, however, Alexander died, leaving a void in the world of aesthetics, a void that would be difficult to fill because of his vital, on-going concern for the profession and his far-reaching example in providing his clients with state-of-the-art skin care.  Upon Alexander’s death, his mother assumed leadership of the business.  But in the turmoil following the death of her son, the business lost the SOTHYS franchise.

Under Mrs. Desy’s guidance, Alexander’s Aesthetics has continued to serve its clients with the same professional attention and care that was the on-going goal of Alexander.

Excerpted here is an article written by Alexander Desy.  The article was first printed in AESTHETICS’ WORL, December 1984.  In this article, entitles “Beyond Aesthetics,” Alexander asks the question that most concerned him as a professional, a question which he felt should be of utmost concern to every professional in the field of aesthetics.

“As a Concerned Professional aesthetician, I am addressing this letter to young ‘emerging professionals’ who are planning a career in the beauty industry.

“People approach me everyday with questions about skin care -- questions such as Why? How? And When?

“The skin care industry in America is still very young, and as far as I can predict the future, it will expand enormously.  Every week I see new beauty salons openings, most with skin care technicians working in them to me, this rate of expansion proves that the facial skin care area is going to be a major growth area over the next five to ten years.

“In Europe, the skin care industry is well establishes and has plenty of support from the general public.  They majority of people in Europe are educated about the importance of skin care hygiene at a very early age.   Bu the time they reach adulthood, basic skin care becomes a daily routine.  There, it is not seen as something special or extraordinary that only movie stars and models do, but as an integral part of their lives.

“The time has come to place more emphasis on the skin care education performed by professional aestheticians in this country.  Skin care should not be thought of as a luxury, but as a necessity in our daily lives.

“The existing educational system in this country is abominable.  On a regular basis, for instance, I see people opening new skin care salons or extending their skin care departments.  They come to me to seek advice.  In most cases, though, I notice that 50% of the people are ignorant of the layers of the skin and how the skin actually works…

“Often, people ask me, “What is an aesthetician?” Personally, I hold this title dear to my heart.  Although some people call themselves ‘aesthetician,’ in reality they are not.

“How does one become an aesthetician? In our country, one has to enroll in a school of Cosmetology and, after completion; he/she receives a cosmetology license.  In either case, the license will allow the individual to practice skin care in any place of business.  To become licensed aesthetician, however, one must receive additional training…

“In Europe, for instance, a skin care technician is required to serve as an apprentice under a master Aesthetician who has had five years of working experience in this field.  After completion of the apprenticeship, one additional year of internship is required to fulfill the final obligations.  I feel that this is a very good idea.

Students ask me over and over again, “What is the most important part of this business? “My answer to this question is simple, proper education and use of a professional product.

Over time, I have observed many people who are going into skin care business.  In many cases, however, I have witnessed many mistakes… I only wish that I had had a mentor when I started my own business.  This would have definitely have saved me much time and money.

As I mentioned above, the product is another important factor in the skin care industry.  In my opinion, it is imperative in skin care hygiene to use a professional product line of high quality.. It is vitally important to know when to dispense or to prescribe a certain product and what type of treatment is appropriate for a particular skin type…

Alexander concludes this article with these significant observations -- observations which reinforce his dedication to his beloved field of endeavor.

“Overall, I feel that I have covered the major aspects of skin care hygiene and the existing problems of the educational system in America.  I would like to point out, though, that the opinions I am expressing in this letter derive strictly from my own working experience.  Hopefully, this will be beneficial to all of you, especially for the ‘emerging professional’ in the skin care industry.”  -----------

Mr. Desy passed away on April 27, 1988, survived by his mother, Margaret Desy, and his sister, Jean, as well as by a world full of friends and admirers.